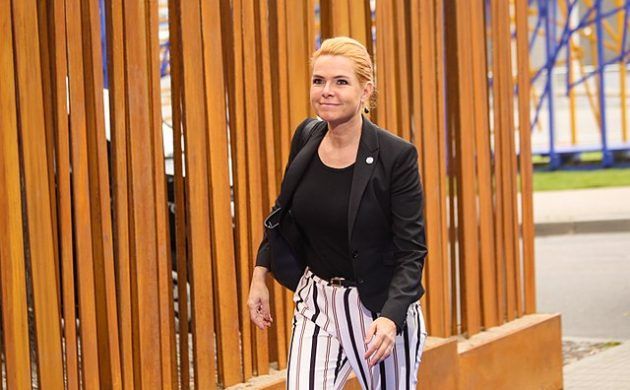 Does the minister speak for the average person on the street corner? (photo: Arno Mikkor, Aron Urb)
June 3rd, 2018 6:00 pm| by Ben Hamilton

Immigration minister believes fasting at Ramadan poses a danger to society
Every so often a Danish government minister’s remarks on a contentious issue – normally do with immigration, Islam or frequently both – will grab worldwide headlines.

And nine times out of ten, it is Inger Støjberg, the immigration and integration minister, whose critics will claim is deliberately stoking the fire to remind potential asylum-seekers that Denmark is not as cuddly as all the books on hygge suggest.

Take a holiday!
With Ramadan beginning on May 17, there could be no better time for the cake-loving minister to condemn the Islamic practice of fasting during the holy period as a safety hazard and “dangerous”.

In a blog post, Støjberg questioned whether observance to the practice of daytime fasting during Ramadan fits into the modern workplace, urging all fasting Muslims to take leave from work “to avoid negative consequences for the rest of Danish society”.

It was fitting perhaps that another of Denmark’s shameless self-publicists, Özlem Cekic, a former MP who is a Muslim, was quick to say that Støjberg “demonises Muslims on a regular basis – which is really bad because she’s the integration minister”.

Harder than ever
It is not as if Støjberg hasn’t had serious matters to address: namely even stricter criteria regarding who can become a Danish citizen.

Ahead of Ramadan-gate, she said it was important that the new citizens are “foreigners who have been here for many years and who have clearly shown that they both can and will respect Danish society and our Danish values”.

Støjberg is proposing new rules to further tighten the financial and legal requirements, requiring applicants to demonstrate they have been self-sufficient for two years and on no form of income support – including dagpenge.

Police’s skin radar
Meanwhile, in related news, “dark-skinned” immigrants are 65-70 percent more likely to be stopped and searched by police than those who look like they have a Western background, according to a new DR documentary, ‘I politiets vold: Mørk og mistænkt’.

However, Støjberg was quick to defend the findings, claiming that police resources tended to focus on high-crime neighbourhoods where the proportion of non-Western immigrants is much higher.