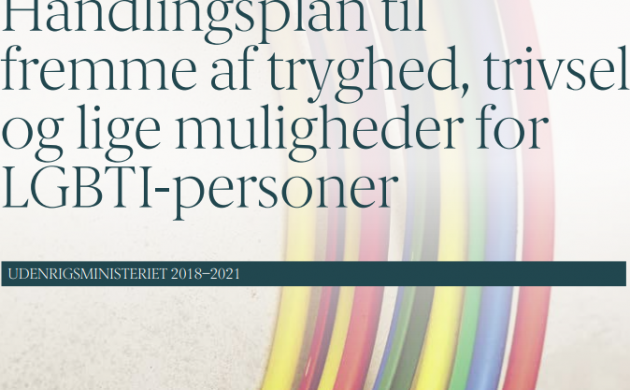 For the first time ever, a Danish government has launched a LGBT action plan in a bid to prevent discrimination and promote equal opportunity and security for the LGBT community.

The plan contains 42 initiatives and the equality minister, Eva Kjer Hansen, wants to face up and challenge a current environment that has borne alarming stats for the community – such as how one half of all Danish gay people avoid openly holding hands for fear of violence, threats or harassment.

“The figures we can read regarding safety, well-being and suicide are sad and too high. But it’s even worse when looking at ethnic minority groups, in which a third have thought of suicide. It speaks of a history and culture in which ignorance and intolerance fester when it comes to being gay and transgendered.”

Ignorance is not bliss
According to recent stats, 40 percent of gay and transgendered people are not open about their sexuality or gender identity at work, while 22 percent of new Danes believe that homosexuality is an illness.

Among the 42 initiatives are improving guidance, networking opportunities and support groups, while more focus is being levelled at promoting openness and inclusion in the labour market and for LGBTs from ethnic minority groups.

In terms of health, a new centre will be established with the purpose of collecting and distributing knowledge on the LGBT arena, while more information will be given to parents of children who have a variation in gender characteristics.

LGBT rights in Denmark through the ages:

1866 – the death penalty for homosexuals replaced by ‘improvement housework’

1968 – the government maintains that the police should step in if two men are seen dancing together in public. The ban is axed in 1973

1976 – The age of sexual consent for homosexuals is set to 15, as is the case for heterosexuals. Until then it was punishable to have a sexual relationship with a person of the same sex under the age of 18

1987 – differential treatment and discrimination due to sexual orientation is forbidden

2010 – homosexuals can apply to adopt on par with heterosexuals