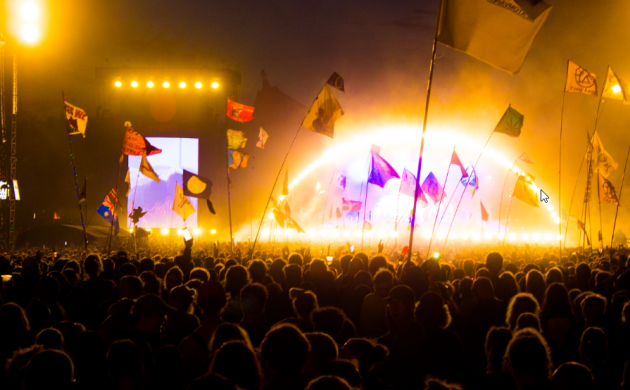 The orange feeling was stronger than ever (photo @Kortbaek_creative)
July 9th, 2018 8:26 am| by Allan Kortbaek

In the aftermath of this year’s Roskilde Festival, we look back at some of the highlights of this marquee event.

Roskilde Festival’s renowned West segment has hosted its fair share of parties, sports events and the like over the years, earning it a reputation as one of the hip zones to hang out. Mixing things up a bit this year, Roskilde’s organisers moved all sports events to City Centre East, where the likes of 3GAME hosted everything from beach volleyball to Panna. Was it a success? The answer, if you ask GAME, is a resounding yes!

Roskilde patched the potentially damaging sores of what could have been an outbreak of FOMO amongst footy fans this year. A 50 sqm screen in City Centre East showed eight World Cup matches, much to the delight of many a festival-goer.

3. The line-up was slightly wonky

Roskilde is all about the music and this year there were plenty of enthralling, relaxing, energetic (insert more adjectives here) concerts to suit all tastes. This notwithstanding, this was not one of those Roskilde Festivals where one has been spoiled for choice, music-wise.

Rare were the moments when one perused the schedule and had trouble figuring out what concert to attend, and perhaps this is something the bookers need to consider for next year.

We did enjoy ourselves at the shows we attended though, and credit is due here to the acts and bookers who delivered the goods.

4. Sticking with the music – there was also space for the nerds amongst us

Wonky line-up or not, Roskilde ensured there was space for us music nerds to come as we are and delve into the intricacies of music – on and off-stage. We were particularly impressed by the music talks in the area by the Pavilion stage, where record labels, music magazines and media converged in a stimulating chillout area ran in partnership with The Orchard.

The contest for front-row placement at the Orange Stage got a bit easier this year, as Roskilde introduced an entirely new wristband that could be acquired from the morning prior to the afternoon and evening shows. This aided congestion from the queues to the pits prior to major shows and gave erstwhile fans a guaranteed pit position.

6. Goodbye cash and flushable toilets – comfort at Roskilde has been taken to another level

Roskilde 2018 was completely cashless this year, following up on 2017 when we bid adieu to hard currency. Gone are the days of fumbling for coins, crumpled notes and the irksome wait for change. All of this, of course, meant that the queues were more manageable than ever before.

Along with flushable toilets across the entire festival for the first time in the event’s history, it’s fair to say Roskilde 2018 has been the easiest ever festival to attend – by a country mile. The veterans amongst us recall the days of latrine booths and the frightful stories of their interiors that spread like wildfire across the festival.

7. Eminem’s show was the largest ever at the Orange Stage

The Weekend, Bruce Springsteen, Coldplay, Gnarls Barkley … all of these acts have had the pleasure of filling Roskilde’s Orange Stage to the max over the years. If you’re wondering who holds the accolade for the biggest show here …look no further than Eminem, whose show on Wednesday reeled in a crowd of 100,000, give or take a few. The Real Slim Shady, attitude and all, isn’t done just yet.

The enigmatic Camp Alien & Cow (many a festival-goer may recognise them from their iconic flag) turned 20 this year.

Such are the legendary qualities of this flag, it has even been featured on special edition cans in years past. Its owners, Camp Alien & Cow, have been coming to Roskilde for the last two decades and show no signs of stopping anytime soon. Long live the dynamic duo of Alien & Cow!

Roskilde Festival was once all about quirky, obscure costume combinations and those who brought their best attire to it were often joked about in passing. Not so this year, where trendy attire is the new normal.

Top on the must-have fashion accessories this year were bandanas and do-rags – nifty hacks to aid breathing in the dusty, arid conditions in the wake of one of Denmark’s warmest summers ever (insert parallels to Burning Man, Nevada, here).

This year’s event yielded lower than normal crime stats, which were applicable to all types. Reported thefts, for example, decreased from 482 last year to just 172. Similarly, the number of reported rape cases dipped from six in 2017 to two this year. However, more people were arrested, up from 56 to 59.