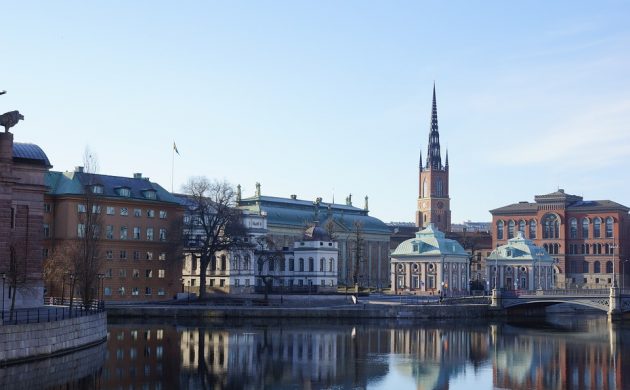 The main Swedish parties remain firm in their resolve to not include the right-wingers in any coalition (photo: maxpixel.net)
September 23rd, 2018 6:00 am| by Ejvind Sandal

Sweden is the big brother of the Nordic nations. There are 9.9 million Swedes – nearly as many as Danes and Norwegians combined – and amongst them you will find a million non-Swedes (at least not originally).

Their number has been steadily growing over the past decade. In response to the surge of migrants and refugees in 2015, Sweden was liberal. Of the million-plus that roamed across Europe, 200,000 made it to Sweden before the gates closed.

The Swedish public gradually reacted. A new movement coalesced into a political party, Sverigedemokraterna, which mainly advocated “Sweden for the Swedes”. They are ultra-nationalistic and celebrate the memory of their hero King Charles XII in dark suits with raised fists. Former members of the Nazi movement have been identified among the candidates at the general election.

Not all bad news
However, the Swedes like them. At the general election on September 9 we saw how much: 17.6 percent, which was lower than expected/feared. Although they did do particularly well across the water in Scania and Malmö, where they won two-thirds of the districts.

Some Swedes wonder whether this is subverting the democratic process – not the majority, but the 17.6 percent who voted for Sverigedemokraterna.

In Sweden during the Cold War period, resistance against the communists was carried out through a process of repressive tolerance: don’t fight your opponents in the streets because they fight dirty, but talk to them and they will lose momentum and become civilized.

In Denmark more than 100 rules and regulations have made life difficult for new and prospective citizens. Finally it seems that the race to the bottom is being slowed down and responsible voices are saying that enough is enough – for example, with regard to the handshaking nonsense.

New kids on the block
When this kind of softening takes place it makes room for a new, more radical right-wing group. In Denmark this is Nye Borgerlige, which according to the opinion polls will be voted into the Danish Parliament in its own right. It is demanding a total stop to asylum-seekers, expulsion from the country for foreigners convicted of a crime – however small – and no social help for them. Even Dansk Folkeparti has never gone this far.

When looking at the balance in Sweden it is worth remembering that 17.6 to 82.4 is not an even split. Refugees and migrants – desperate people that they are – can cause upheaval in any country because there is only so much that can be done for them, so it may seem as if the 17.6 percent have lost.

But that still leaves the other 82.4 percent with a sound democratic ability to stand up and be counted in these troubled times.