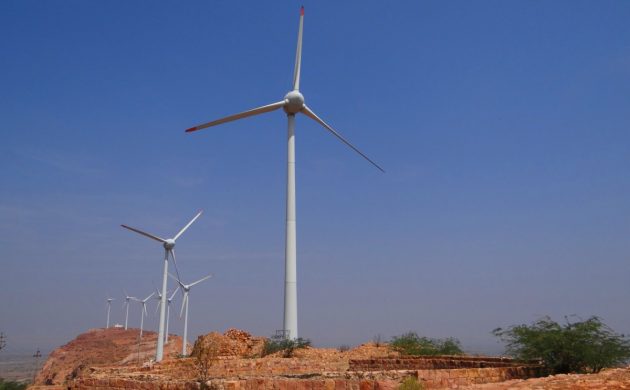 Denmark sees its future in wind energy – and so does India.

The Asian country is keen on co-operating with Danish professionals in the area of green energy and Denmark is now opening a Danish-Indian reserch centre for the development of wind energy in the South Asian country.

The Danish Energy Agency will thus be starting a three-year strategic sector co-operation with the Indian ministries and national institutes, with a special focus on wind energy and the integration of renewable energy into India’s electricity network.

India has “huge potential”
“I see huge potential in co-operating with India in the years to come,” said the minister for energy, supply and climate, Lars Christian Lilleholt.

“The Indians have been to Denmark several times to learn from us. I think the time is right for us to move out and bring our experiences and our know-how into play for the benefit of the climate, global green change and Danish energy companies.”

In recent years, Indian state leaders have already stated their ambition for relying on renewable energy sources such as wind and solar energy. Given India’s rapidly growing population – it is currently the world’s second most populous country, but only just behind China – it has experienced a rapid increase in its electricity consumption.

Indian PM Narendra Modi has announced that the country is working towards the goal of being able to produce 227 gigawatt of green energy in 2022. Modi is already conducting an electrification of India’s villages; however, increase in the demand for energy in India is still expected to grow significantly over the coming years.

RE-Invest 2018 takes place in Delhi
A participant in the UNFCCC-agreement known as the ‘Paris Agreement’, which deals with, among others, greenhouse-gas-emissions mitigation, the country is currently hosting the 2nd global RE-Invest Renewable Energy Investors’ Meet and Expo. Between October 3 and 5, more than 10,000 participants are expected at the India Expo Centre in the Region of Delhi.

At RE-Invest, Denmark will be represented by the Ministry of Energy, Utilities and Climate’s secretary, Morten Bæk, who is scheduled to talk about Danish experiences with severe storms and squalls.

23 times Denmark
Wind and solar energy in particular are at the forefront of a historic boom. If India can follow through with its plan, it will have a capacity to produce 66 gigawatts of wind energy in four years – Denmark, in comparison, currently has a capacity of 4.5 gigawatts.

Furthermore, India is planning on gaining another 30 gigawatts from offshore-windparks by 2030. This amount of power corresponds to 23 times the capacity of the 1.3 gigawatt plants built in Denmark since 1991.