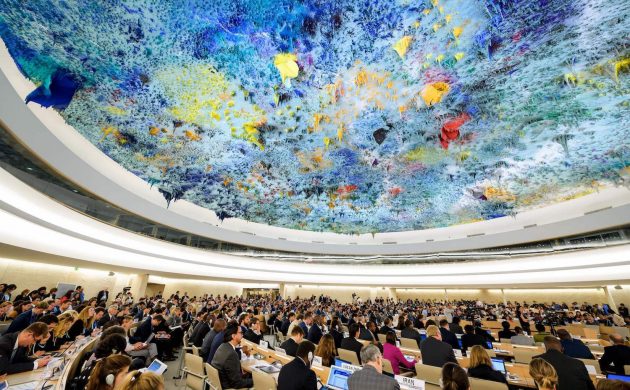 The UN General Assembly voted in favour of allowing Denmark to become a member of the UN Human Rights Council (UNHRC) on Friday.

Denmark’s position on UN’s highest human rights body will last from 2019-2021 and this is the first time that Denmark will have a seat at the UNHRC table.

“I’m pleased and proud about being voted in. Membership allows us an important platform to promote the values that Denmark is founded upon. We will defend our freedom rights and the liberal world order and we will work towards a credible council which tackles the most serious crimes against human rights wherever they may occur,” said the foreign minister Anders Samuelsen.

Samuelsen went on to underline that Denmark wants to reform the council so that a mandate can be used more effectively – including members having to live up to the highest human rights standards and Israel being treated on a par with everyone else. Read more about Denmark’s plans here (in English).

Bahrain = human rights?
The council has been under heavy fire since voting in the new members – some of which have rather dubious human rights track records.

For instance, the UNHRC has attracted criticism for voting in the likes of Bahrain, Cameroon, the Philippines, Somalia, Bangladesh and Eritrea.

Headquartered in Geneva, the UNHRC was established in 2006 and consists of 47 member states that are voted in for three-year periods.