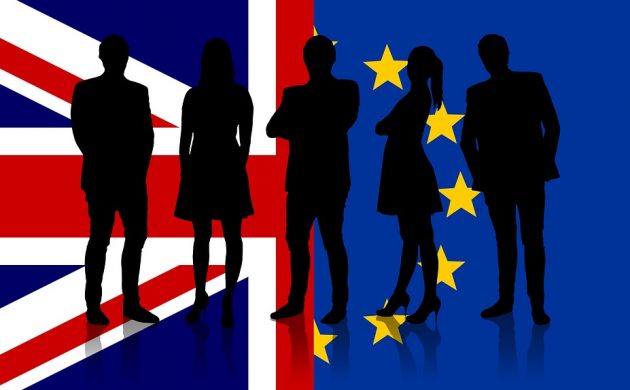 Britain’s relationship with Europe has always been ambivalent: from the invasions of Britain by the Romans, Vikings and Normans to debates and votes on whether the UK should join the European Community and leave the EU.

The EU is Britain’s biggest trading partner. Some 44 percent of exports and 53 percent of imports are with the EU – up from 32 percent and 36 percent in 1975.

Nevertheless, ever since joining, the British population and its politicians have been divided over whether to embrace Europe, the EEC and the EU. This was clearly shown when the vote that caused Brexit split the nation in half.

Negotiations between the UK and EU aren’t going smoothly, and if there is no deal, British citizens living in the EU could face visa demands for travelling in the EU and their healthcare and pension could be affected.

Battleground of indecisiveness
Europe had been a battleground for political opportunism and indecisiveness long before David Cameron held the election on EU-membership to appease EU-sceptics in his own party.

Winston Churchill had spoken of a “United States of Europe”, but also insisted that Britain is “with Europe but not of it”.

Margaret Thatcher, remembered for her staunch Euroscepticism, was in fact pro-Europe until she became PM. In 1961, she insisted that “we should be failing in our duty to future generations if by refusing to negotiate now we committed this country to isolation from Europe for many years to come”.

The Labour Party, on the other hand, wished to take Britain out of the EEC in the 1970s and early ’80s. “Above all, the EEC takes away Britain’s freedom to follow the economic policies we need,” declared a young Tony Blair in an by-election leaflet in 1982.

Since then, support for membership of the EEC and the EU in Britain has been increasingly lukewarm, however. Britain didn’t join the euro, got an opt-out from the Schengen Agreement and has some of the lowest turnouts in elections for the European Parliament, even though Britain has never actually voted against any of the European treaties as, for example, Denmark did in 1992.

Support for the EU has historically been lower in the UK than in most other member states. Eurobarometer polls further show that only 24 percent of British people polled in 1980 and that just 25 percent in 2000 believed that their country’s membership of the EU was a good thing (as opposed to 50 percent in 1975).

In the 2018 Eurobarometer, 44 percent of British people polled agreed that Britain would be better able to face the future outside the EU. Some 12 percent of people in the Netherlands, 14 percent of the Danes, 27 percent of the French and 30 percent of all the 28 countries in the EU combined agreed.

Clueless Brexit
Many Brits have been unhappy with their countries’ EU-membership for decades – at least on paper. But what will the effects of Brexit be on British citizens living in EU countries like Denmark? Well nobody really knows.

Theresa May insists that “Brexit means Brexit” and “no deal is better than a bad deal”. But so far Brexit seems more of a clueless Brexit than anything else and Britons living in the EU are getting increasingly worried.

So worried that British in Europe, the largest coalition group of British citizens living and working in Europe, has made a checklist for Britons living in the EU if there is a no-deal Brexit. The checklist includes making sure that you’re legally resident in your host country, that you prepare financially by moving savings and investments in the UK to your host country, and that you apply for long-term residence and consider applying for citizenship.

On November 5, campaigners formed a human chain from Parliament Square to 10 Downing Street to show their dissatisfaction with the negotiations between the UK and EU, delivering a letter with demands for their rights as citizens to be protected.

Preparing for a no-deal Brexit
The UK government has reached an agreement on citizens’ rights after Brexit that amongst other things ensures that “UK nationals and their family members covered by the agreement will continue to have the same access as they currently do to healthcare, pensions and other benefits”.

UK nationals who have a permanent residence permit will also be able to exchange it for a new residence document free of charge, will retain their right to free movement within the EU and retain equal treatment rights to healthcare.

The draft Withdrawal Agreement generally ensures that “European citizens who arrived in the UK before the end of 2020 and British citizens who moved to other EU countries before that date can continue to live their lives as before”, as the EU’s chief negotiator on Brexit, Michel Barnier, said in October.

This is only so if there is a deal with the EU, however. What a no-deal Brexit would entail is much less certain, even though Brexit is less than five months away.

What we do know is that British passport holders will be considered third country nationals in the Schengen area (which includes Denmark). They would be subject to domestic immigration rules and their residency rights could disappear overnight. In October, the European Commission even said it would propose that British nationals would have to buy visas at at a cost of 60 euros each, fill in a three-page form, and wait up to six weeks to enter the EU after Brexit.

Healthcare for Britons living in the EU could also be affected. In October, the UK government therefore passed a law that is meant to safeguard British citizens’ healthcare abroad after Brexit.

And UK businesses will have to apply customs, excise and VAT to goods traded with the EU, unlike now when goods can move freely between the UK and the EU. This would mean more red tape and higher business costs.

Will be treated well
As for Denmark, Danish PM Lars Løkke Rasmussen made it “abundantly clear that no matter the end result of the negotiations, we will of course look after the thousands of British citizens living in Denmark today” in a speech in the Danish Parliament in October.

The website of the Foreign Ministry also assured Britons that Denmark wants as close a relationship with the UK as possible and that the Danish government is working to ensure an orderly Brexit. “British citizens who live in Denmark must be treated well. This is an important priority for the Danish government, regardless of the result of the negotiations”, Rasmussen said.

Nevertheless, matters such as the right to unemployment benefits and other such payments are still not fully resolved, as the Danish government has still not decided how it will protect the rights of British citizens, should there be no deal. The Danish government is still awaiting the results of the negotiations between the UK and the EU, it says.

British citizens who reside legally in Denmark will however have the same rights in regard to some matters such as daycare, support for vulnerable children and support for handicapped or elderly Britons, whether there is a deal or not.

That “no deal is better than a bad deal” might make political sense in 10 Downing Street. Reassurances from the Danish government notwithstanding, it clearly makes a lot less sense when you are a Briton living in the EU. 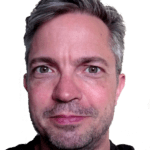 Peter is a British/Danish journalist and Master of Social Science. He has worked for two Danish newspapers, an NGO and a municipal press department, is a contributing author to ‘African Awakening: The emerging revolutions’, and has written articles for an array of Danish and English-speaking newspapers and magazines.