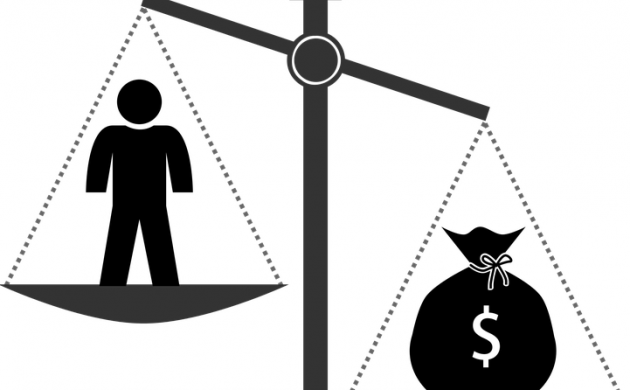 The moral compass we trust to steer us to a better world has been showing increasing amounts of deviation.

Standard practice
Lately, international banks have engaged in dubious transactions through which they have drained the Danish state coffers of billions of kroner using a tax return swindle. Even Denmark’s biggest law firm admits it has advised clients on the technique. Partners have resigned or been fired.

It is a complete mystery how the high-profile executives believed they could annually withhold tax return. Stranger still is that they could establish formal ownership of shares in double-tax treaty regimes without real ownership.

Gospel according to greed
Greed may be the answer. If the trick works once then the greedy spread the gospel between them and billions disappear from different governments.

It seems that the scam involved astronomical amounts and the missing funds are now being digitally tracked. Few operators can survive with their honour intact if they don’t set about reimbursement.

Not all the money will come back; it will be interesting to see how much of it does.

More control
The lesson from this is that we need more international policing in the financial sector. To supplement this we hope more whistle-blowers will come forward. The tax scam and money-laundering scandals have been disclosed through the help of brave staff members.

The Panama Papers revealed another example of greed amongst the rich. Hopefully, our trust in fair play will be restored, but discipline comes through control, as the Germans like to say.

Supreme scrutiny
Unless too much discipline and control is being exerted in the bedroom, of course. Our moral compasses tend to flicker wildly at such matters, and the ‘Me Too’ movement has uncovered the risks inherent in human behaviour between the sexes.

Most recently, an accusation from the distant past disrupted the appointment of a Supreme Court judge in the US. We will never know what happened, or if anything happened, but it was surprising to see how the whole world was gripped by the accusations.

It goes without saying that sexual violation and harassment are completely intolerable. But retrospective claims take us into dangerous territory – a grey area with 50 shades of complexion.

Brave not brazen
Vanity is one of the biggest drivers of human folly. We see politicians air proposals for austerity against immigrants in ridiculous detail – just to attract a little fame. Now that we are closing in on the next general election, we will see more attempts to attract attention through ridiculous lawmaking proposals.

The wish to be re-elected is understandable, but it would be nice if the forming of governments happened based on the respect of the electorate and not just political fatigue.

We need brave politicians to argue for the liberalisation of cannabis, like they’ve done in Canada, to bring an end to the gangs fighting for market control. One only needs to look at the line of taxis outside Christiania every night, waiting for frequenters of Pusher Street to emerge, to appreciate the folly of it all.

The forces of law and order could then fully focus on white collar crime, from which the amounts of money being made are increasing. (ES)