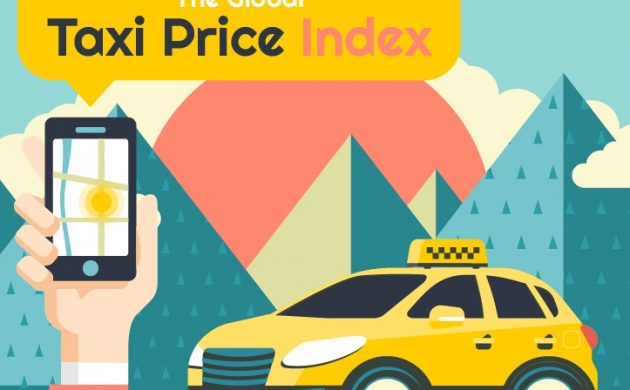 According to a new Taxi Price Index report from the consultancy group SilverDoor Apartments, Copenhagen is among the most expensive cities in the world to take a taxi – at least if you are travelling short distances.

The report (here in English) showed that customers pay 63 kroner for the first mile (1.6 km) of the journey in Copenhagen, ranking the Danish capital as the sixth-most expensive in the world.

Bern, Switzerland had the dubious honour of being ranked the most expensive at 90 kroner for the first mile, followed by Oslo (88), London (71), Tokyo (65) and Helsinki (64).

READ MORE: Airport taxis in Copenhagen among most expensive in Europe

Starting fee
The most affordable place to embark on a short one-mile journey is Cairo, where the cost is 2.87 kroner. Mexico City was the next most affordable city, followed by New Delhi, Bucharest and Manila.

One of the reasons why it’s so expensive in Denmark is the starting fee of 38 kroner – the fee incurred as soon as the taxi sets off.

And that price will experience a serious jump over the holidays as the Danish taxi firms revealed yesterday that they intend to significantly increase their starting fees on Christmas Eve and New Year’s Eve.

Holiday hike
The taxi firm Taxi 4×27 will increase its starting fee to 135 kroner, while other companies – such as Taxa 4×35, Dantaxi 4×48, Taxa Syd and Aarhus Taxi – will see smaller hikes.

The cab companies contend it’s only fair for the prices to increase over Christmas and New Year because the drivers are working during a holiday.

“You also reward the emergency response workers, careworkers and others when they work on holidays,” Thomas Wiigh Larsen, the head of the Taxiførere i Danmark cab driver association, told DR Nyheder.

“I don’t see why there needs to be a difference so a taxi driver can’t get some more in wages when he’s out on the streets while others are home having fun.”