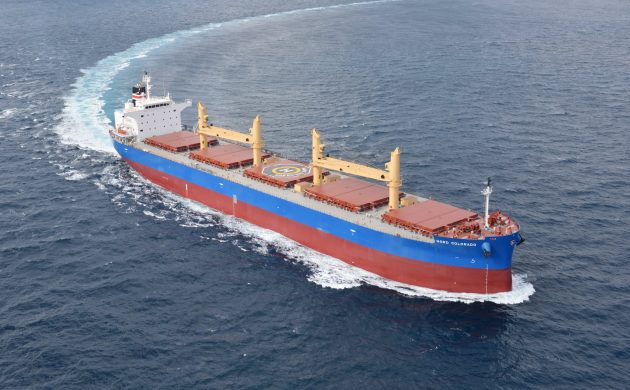 The Danish shipping company DS Norden is behind the first commercial test voyage of a ship using CO2-neutral bio-fuel.

The move could be critical in tackling climate change in the future and the firm hopes to be able to offer customers bio-fuel options in the coming month or so.

“Norden is proud to be at the forefront of testing and introducing CO2-neutral fuel that truly makes an impact on the highly important agenda of reducing the carbon footprint of shipping,” said Jan Rindbo, the CEO of Norden.

“Norden has come a long way in increasing fuel efficiency, reducing CO2 emissions per tonne of cargo transported on owned tanker vessels by 25 percent between 2007 and 2017. With the newly introduced IMO targets on CO2 reductions, however, it is evident that increased fuel efficiency alone is not enough. We need alternative solutions, and with this test Norden has shown a viable method towards reaching these targets.”

A game changer
The test voyage involved the vessel Nord Highlander sailing from Rotterdam to Talllin in September.

Rindbo said it is currently more expensive to use bio-fuel than a traditional fuel, but new restrictions from 2020 will mean shipping companies can no longer use the cheapest kinds of sulphur-based oil, making bio-fuel a more competitive fuel source.

It was the Dutch firm Good Fuels that provided the bio-fuel for the test voyage – using fuel that is based on food oil. One of the key aspects of the fuel is that it doesn’t require the ships to have their tanks modified or rebuilt for it to be used.