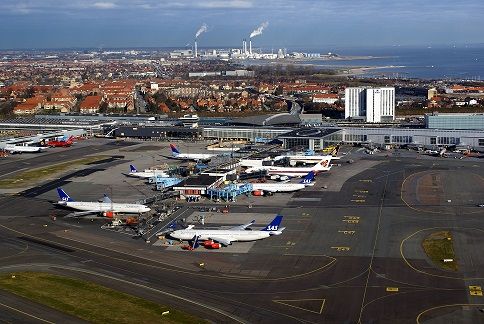 SAS has joined Finnair, and several of the other big airlines flying from Copenhagen Airport, by offering its passengers the chance to minimise the carbon footprint of their flights.

Passengers will be able to purchase a ‘climate neutral’ flight from which the money goes, for example, to wind energy projects and forestation that reduces the amount of CO2 in the atmosphere, reports DR Nyheder.

However, a report from the European Commission casts doubt on the effectiveness of these savings. According to the commission, 85 percent of the UN-approved CO2 schemes do not compensate the environment as much as they are projected to.

DI administrative director moves to Danske Bank
At an extraordinary general meeting last Friday, Karsten Dybvad, the CEO of Dansk Industri (DI), was elected company chair of Danske Bank. As a consequence of this, Dybvad stepped down from his post at DI with immediate effect. DI has appointed Kim Graugaard as functioning CEO until a successor can be found, as Graugaard has stated that he does not wish to be a candidate for the post. A reception will be held for Karsten Dybvad at Industriens Hus on December 18 from 14:30-16:30.

ISS scales down activities worldwide
The global facility management company ISS has announced it is selling assets in 13 countries and shedding 100,000 jobs, amounting to around 12 percent of the company turnover-wise, reports BT. The sales mean the company will also be losing half of its customers worldwide. At present ISS employs around 490,000 people and one-fifth of them are expected to lose their jobs if the sales go through. The 13 countries are in Asia, South America, eastern Europe and the Middle East, and 25 percent of the profits of the sales will go to the company’s shareholders.

Medicinal export to reach 100 billion
A new forecast from the Danish pharmaceutical industry association, Lif, predicts that exports of Danish pharmaceutical products will hit 100 billion kroner this year. This would be a ‘first’. “It is really great that we are now hitting the magic figure of 100 billion kroner – and that is even a conservative estimate,” the organisation’s CEO Ida Sofie Jensen told Jyllands-Posten. Pharmaceutical exports have been rising now for a number of years, and in 2018 they are expected to increase by 7.5 billion kroner. Among other things, the rise in exports can be put down to increased prosperity, greater numbers of elderly people and a greater focus on health issues worldwide.

Leo Pharma invests heavily in Denmark
The Danish pharmaceutical company Leo Pharma is poised to start building the largest factory in the company’s history – and it will be situated on Danish soil. The company has set aside 1.5 billion kroner for the factory, which is being built largely to satisfy the demand for fucidin, a medicament used to treat eczema and other skin infections. Although the drug is no longer protected by patents, Leo Pharma still has a large share of the world market. One of the main reasons given for building the factory in Denmark is that there is a plentiful supply of suitably qualified labour here. “There should preferably be some similar pharmaceutical companies in the neighbourhood because then we have both the right people but also the right service companies,” said Martin Pløger Lauritzen, who is responsible for the project.