 From electric cars to pepper spray, here are the new Danish laws - The Post 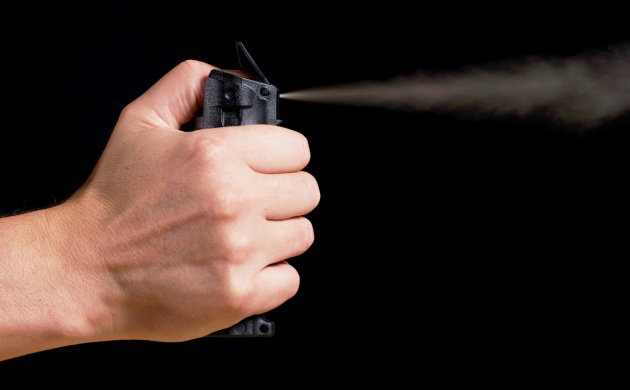 January 1 isn’t just about popping open the bubbly to usher in the new year and coming up with some resolution to quit the smokes or get into shape to finally win that underwater yoga competition. It’s also about the law.

Or, more precisely, numerous laws – all passed by Parliament over the past year or two to come into effect on the first day of 2019.

Here are some of the laws that came into effect two days ago.

Watch out cyclists!
Two of the political efforts are related to traffic, involving electric cars and a contentious law involving motorised vehicles.

The first pertains to a new law permitting smaller motorised vehicles with a potential speed of up to 30 km/h – such as electric skateboards or scooters – to drive on bicycle paths.

The contentious law has been criticised heavily by the likes of the traffic safety council Rådet for Sikker Trafik and the police, who contend it could lead to more traffic fatalities.

Electric boogie
Another law that came into effect on January 1 permits owners of electric cars worth upwards of 400,000 kroner to completely avoid paying registration tax on their vehicles in 2019.

For more expensive electric cars, plug-in hybrid cars and bio-gas vehicles, the 10,000 kroner deduction in registration tax is also extended by one year, while Parliament decreed that the registration fee is 40,000 kroner cheaper.

The government expects that the move will increase the number of electric cars being sold in Denmark by about 1,000 annually.

Say it, don’t spray it
Another controversial law to hit the streets concerns it being legal for the public to obtain and keep pepper spray in their own homes – provided you are 18 or older.

The law, passed in December, was criticised by the police, which contended that citizens shouldn’t try to defend themselves as they could end up doing more damage than good.

Instead, they should observe and report situations to the police.

Incapacitated to vote
In December a unanimous Parliament agreed to ease the Danish guardianship law so that people with psychological handicaps or mental disabilities will be able to take part in democracy and vote.

In future, the authorities will decide whether individuals should have the right to vote, and it is estimated that about 1,900 Danes, who have been unable to vote in elections, will be permitted to cast their votes in coming elections and referendums.

The guardianship law is set up to prohibit the incapacitated from being taken advantage of or end up in financial difficulty, and until now that has automatically meant losing the right to vote.

More affordable share investment
There was some good news for investors as a new law came into effect making it more affordable to invest in shares.

Now, returns on share profit will be taxed by 17 percent, compared to the previous 27 percent.

The aim is to encourage more Danes to invest their funds in shares.

Socially vulnerable boost
Beneficiaries of the kontanthjælp unemployment benefit and other social benefits can now receive a so-called ‘social free-card’.

The initiative permits recipients to earn up to 20,000 kroner a year without any money being deducted from their social benefit payments.

The aim is to provide society’s most vulnerable citizens with a better opportunity to contribute and urge more companies to employ more socially-vulnerable people.

Another new law means that the authorities can now claim daily fees in connection with lacking vehicle liability insurance.