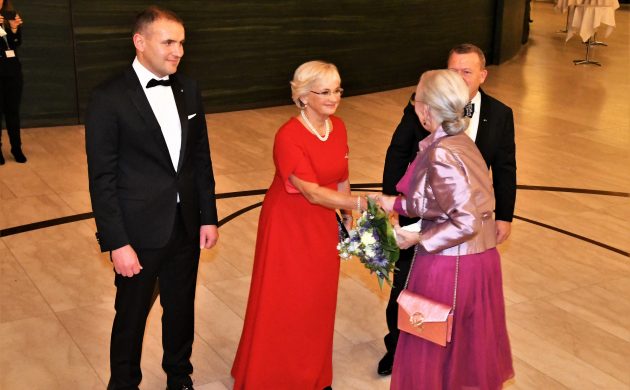 The current Iranian ambassador to Denmark, Morteza Moradian, chose not to attend the traditional New Year’s reception at the Danish Parliament this year because he did not want to shake hands with a woman.

The official host of the party is the Speaker of the House and, at the moment, it happens to be Pia Kjærsgaard.

In 2016 a similar incident happened when the then Iranian ambassador, Himad Bayat, announced before the event that he would not shake the hand of a woman. When it was reported back to him that the handshake was not in fact optional, he simply disappeared, reports DR Nyheder.

The tradition continues
Last year started a bit more optimistically with the new holder of the post, Morteza Moradian, stating that he had found a way to participate. But when the time came and Kjærsgaard was waiting to shake all the diplomats’ hands on arrival, the ambassador simply showed up late – on purpose.

Now the battle of the handshakes has gone another round in 2018, with the current ambassador just cancelling.

Can’t understand it
Pia Kjærsgaard commented that she doesn’t understand why it is okay for other people from Muslim countries to shake hands, but not Moradian. For example, the ambassador from Saudi Arabia has no problem at all.

“As Speaker of the House and a woman, I refuse to accept that there is a man from another country who refuses to greet me at Christiansborg. It is him who is coming here. It is him who has been invited and he should show politeness and go along with our rules,” she added.

Asked if she wears a scarf to cover her head when she’s in Iran, she replied: “Yes I do. Even though I think they are quite unreasonable.”

Kjærsgaard has previously been in the spotlight for her comments regarding Danish immigrants who won’t shake hands, stating that they should not be granted citizenship.