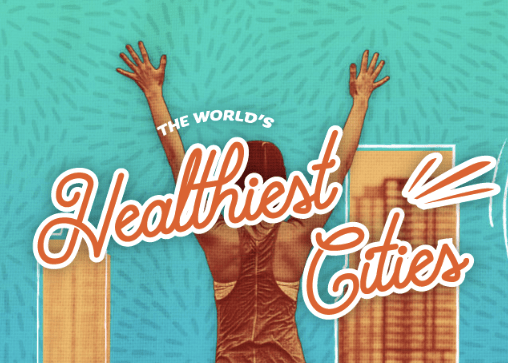 Copenhagen: crap on sunlight, but solid on fitness and yoga (photo: TravelSupermarket)
January 11th, 2019 11:35 am| by Christian W

If you’re looking for a city to help you keep that New Year’s resolution of living a healthier 2019, or at least a healthier January, perhaps Copenhagen might be the next travel destination for you.

TravelSupermarket looked into the number of parks, gym and fitness centres, spas, yoga and pilates locations, health food shops, and vegan option restaurants in 100 cities worldwide. These figures were then divided by each city’s size to reveal a per square kilometre ‘density’ figure.

“We are part of a generation that prioritises health and wellness more than ever before – this means tourist destinations will have to consider tourists’ needs and cater for the healthy lifestyles of travellers,” said Emma Coulthurst from TravelSupermarket.

“Providing facilities such as gyms, fitness classes in hotels, a range of healthy meal options in restaurants that also cater for specific dietary requirements, and spas around their cities are all great ways to increase the chances of health-conscious travellers visiting.”

READ MORE: Copenhagen – one of the most expensive holiday destinations worldwide

Sparse on sunlight, affordability
Copenhagen ranked third for gym and fitness centres, fifth for yoga and pilates and in the top 20 for parks and green spaces, vegan option restaurants and health food shops.

However, as one might perhaps expect, the Danish capital’s woes were concentrated in two categories: average sunlight hours (41st) and the cost of a one night stay (44th). The city also ranked in the middle for spas, coming in at 26th.