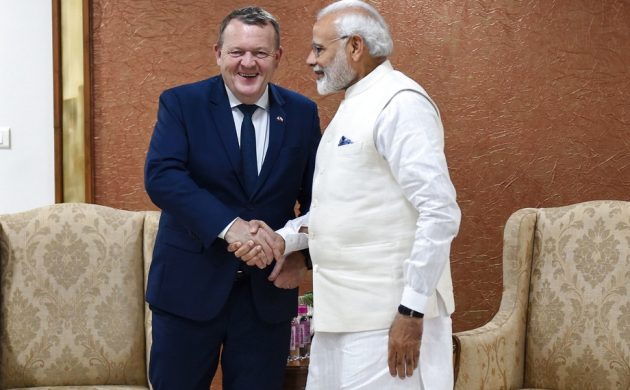 PM Lars Løkke Rasmussen is in India this week as part of a Danish business delegation looking to capitalise on thawing relations between Denmark and India.

And already an agreement has been reached regarding a new maritime deal that aims to boost co-operation between the two countries.

“India is a fast-emerging economy that plays a key role in the global maritime sector. And that makes India an important partner for Denmark and the entire Danish maritime industry,” said the business minister, Rasmus Jarlov.

Billions at stake
Among other things, the agreement will focus on increased dialogue and further co-operation regarding state dock control, digitalisation, green technology and maritime competencies with a view to promoting quality shipping.

To seal the agreement, Rasmussen met with Indian PM Narendra Modi at Vibrant Gujarat, an Indian business and investment conference. With exports of over 8.5 billion kroner in 2017, India is Denmark’s fourth-largest shipping market.

“The agreement will no doubt strengthen the good relations between Denmark and India – politically as well as commercially. India is an important market for the Danish shipping companies, so we are naturally happy that Denmark officially strengthens bonds with India in the maritime sector,” said Anne H Steffensen, the head of the Danish Shipping advocacy group.

Ship grounded
In related news, Danish Defence revealed on Twitter over the weekend that a 90-metre freighter was grounded just north of the Øresund Tunnel.

The ship, named the Alexander Tvardoskiy, is reportedly based out of the Cook Islands and was heading towards the UK with a load of wood when its captain lost control of the ship due to a technical blackout.

Defence helicopters dispatched to the area could confirm that the incident had not led to an oil slip and the ship eventually freed itself from the grounding thanks to rising water levels. The ship’s hull will be inspected by Defence divers before being permitted to continue on its journey.