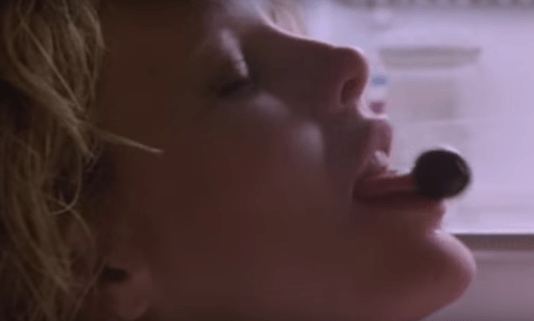 Nobody does food as sexily as Kim and Mickey, or at least not Denmark (photo: screenshot)
January 25th, 2019 4:38 pm| by Paul McNamara

It has been named the best country in the world for raising children and number two for beautiful women – second to Sweden, of course.

But when it comes to food, fun, heritage and a category simply called ‘Sexy’, Denmark is found to be lacking.

Or at least that’s the verdict of the 2019 Best Countries Rankings, which are compiled by US News & World Report, BAV Group (a unit of global marketing communications company VMLY&R), and Wharton School, the University of Pennsylvania.

The rankings evaluate 80 counties across 24 main parameters based on the answers of 20,000 participants, assessing a further 65 sub-categories to gauge global perceptions.

And Denmark has been placed 13th – down a spot on last year, but by no means a shabby performance.

Neither sexy, appetising nor interesting
When the world thinks of Danish men and women, they presumably think of Lars not Mads Mikkelsen, and Brigitte not Connie Nielsen, because the country only managed to score 0.8 out of 10 in the ‘Sexy’ category.

The food is also terrible, apparently. Grabbing the attention of the international gourmet community with a cuisine that has since encouraged almost everyone to think local is worth 0.5 out of 10 – so that’s 0.125 for every time Noma has won the best restaurant in the world title since 2010.

But at least it’s got its history. From the endless wars with Sweden and long-standing monarchy, to its castles and Hamlet, nobody can deny that … what, they’ve given the land of the Vikings 1.1 for ‘Rich History’!

‘Cultural Attractions’ scored slightly better with 1.6, but then again, they were probably expecting Sydney Opera House and the Hanging Gardens of Babylon.

Not all bad news
Nevertheless, Denmark has performed brilliantly in many categories – including third for the parameters ‘Citizenship’ and ‘Quality of Life’ (if you can ignore the terrible food) and full marks for ‘Transparent Government Practices’, ‘Corruption’ (the lack of!) and being ‘Politically stable’.

Nevertheless, the poor performance in certain categories will rankle with many Danes, particularly as they are now ranked the lowest among their Scandinavian neighbours.