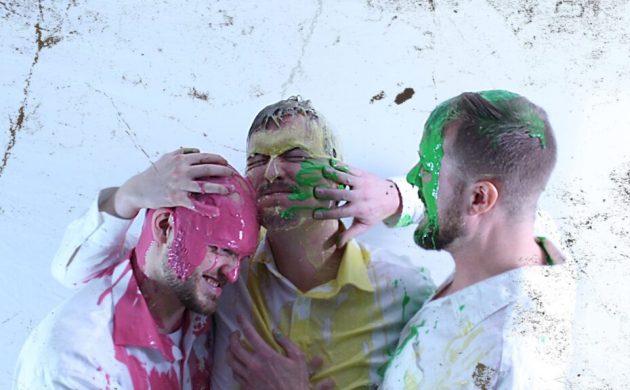 For That Theatre Company founder Ian Burns, choosing another play by Yasmina Reza  – following great success with ‘An Act of Carnage’ in 2015 – was an easy option.

Burns will once again be taking on directorial duties for ‘Art’, an award-winning comedy about friendship that asks how would you feel if your best friend suddenly did something colossally stupid?

“I think Reza has the knack of being able to put reasonably intelligent people into absurd situations. The play asks us if we are authentic people, or just the projections our friends want us to be,” Burns told CPH POST.

“She puts it well herself: ‘What motivates me most is writing about people who are well brought up and yet, underneath that veneer, they break down. Their nerves break down. It’s when you hold yourself well until you just can’t any more, until your instinct takes over. It’s physiological.’”

“He is the perfect foil who acts as the hapless go-between and gets caught in the cross-fire,” reveals Burns.

A European effort
With some epic productions to look forward to in 2019 and 20 – ‘Look Back in Anger’ by John Osbourne, a new play about HC Andersen’s visit to the home of Charles Dickens, and ‘The Red Lion’ by Patrick Marber, Burns paints a bright future for That Theatre, but is not so sure about the fate of his own country.

“It struck me the other day that this play is a European effort: Written by a French woman, translated by an Englishman, starring three Danish actors and directed by a Scotsman. I think the characters are universal,” he said.

“Art as we know is a matter of taste. But what’s friendship all about? I hope the audience will shift allegiances between each character during the course of the play. The play has a great dynamic of the triangular relationship. Think of ‘The Odd Couple’ and add one.”