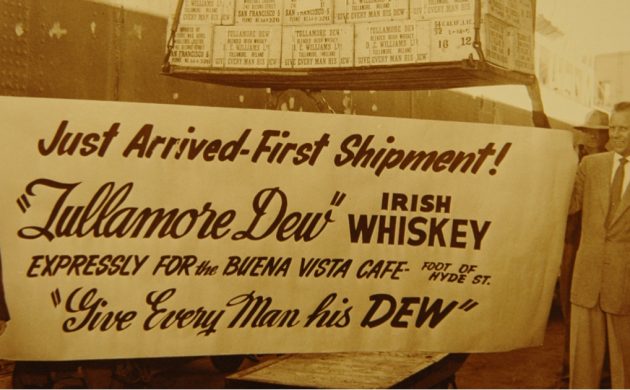 Given the huge vats of gløgg annually consumed in the two-month build-up to Christmas, you’d be forgiven for thinking that mulled wine is Denmark’s favourite warm tipple.

But credit them with a bit of taste! Because another drink – a usurper from abroad, but infinitely more tasty, according to the Danes – has been named the nation’s best loved warm alcoholic drink, according to a survey carried out by Norstat.

According to 40 percent 1,000 Danes who took part in the survey, Irish Coffee has relegated gløgg to the ignominy of second place, with Galliano hot shots a distant third.

And there’s no better day than St Patrick’s Day – the Irish patron saint’s day, which will be celebrated widely across Denmark on March 17 – to try it out for yourself.

First formulated at Foynes
Irish coffee has just celebrated its 75th birthday. The drink was first served to the passengers of a Pan Am flight in 1943 at Foynes Airport in Ireland, a transport hub popular with seaplanes during World War II.

Following a lengthy journey from the plane to dry land, a coffee diluted with Tullamore DEW whisky was served to the passengers in the airport terminal to warm their cockles.

One of the passengers is reported to have asked the chef whether he was using Brazilian coffee. “No, it’s Irish coffee,” came the cheerful reply.

The chef in question, Joe Sheridan, was later employed by the San Francisco venue Buena Vista – partly to recreate the drink that its owner’s friend had enjoyed in Foynes – where Irish coffee went onto achieve legendary status.

The original choice
Tullamore DEW continued to be the whiskey of choice – a decision that has made the Irish manufacturer proud for 76 years and counting.

“The recipe we enjoy today, which is widely recognised as the original, hails from the Buena Vista Café in San Francisco,” explained Morten Barndorff Simonsen, a senior brand manager whose clients include Tullamore DEW in Denmark.

“They chose Tullamore DEW as it is the original (and still one of the only Irish whiskeys) blend of all three kinds of Irish whiskey: grain, malt and pot still. Together they create a complex and fruity flavour profile that goes incredibly well with coffee. Usually Irish whiskeys are a blend of only two types of whiskey.”

Heat the glass with warm water and then pour out again.
Add whiskey, sugar and coffee.
Stir in the sugar and then add the cream.