 Top o’ the country to you - The Post

Leave the over-hyped Leprechaun Museum in Dublin be and head out into the big outdoors instead.

Ireland is much more than its stereotypical charms – it’s a small island with a big heart and jaw-dropping landscapes.

Welcome to one and all
Central to the appeal are the fascinating people, whose warm nature is ably reflected in the wildness of the rugged nature.

Everything you’ve heard about Ireland is true, but while it’s steeped in history, it continues to write its own story, offering a culture ever-blossoming in the realms of music, food and the arts. 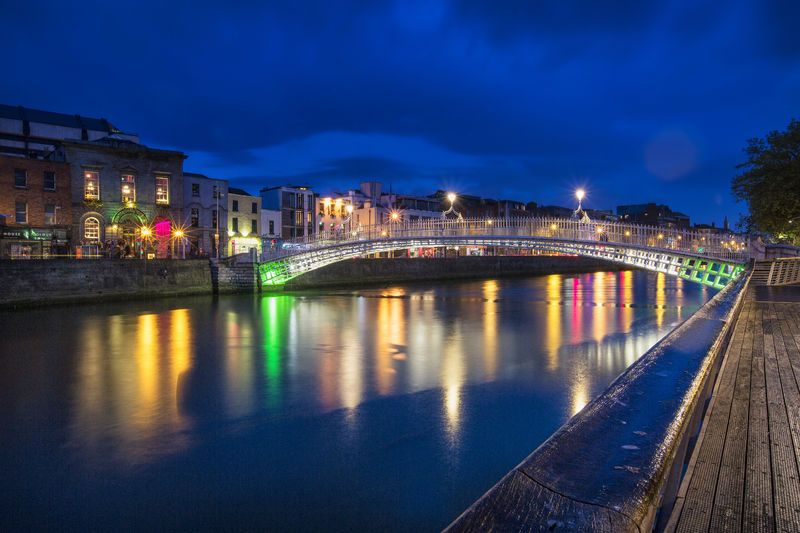 Dublin City, County Dublin
Dublin is home to many things: arguably the best nightlife in the world, a rich history, and culture a-plenty. Both raucous and elegant, the capital continues to attract travellers from around the world to its wild mix of culture, heritage and hedonism. 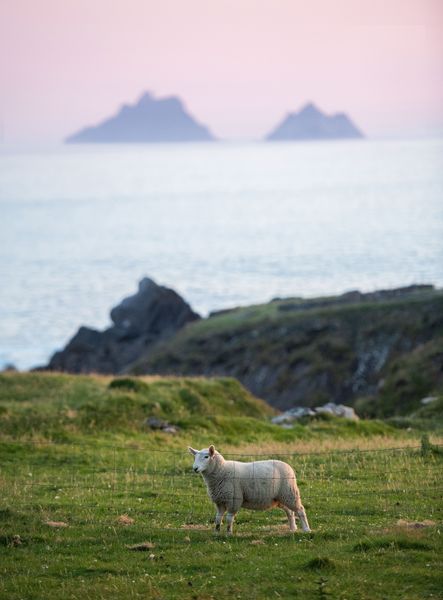 Ring of Kerry, County Kerry
With its rugged islands, white-sand beaches and dramatic mountains, the Ring of Kerry does not disappoint with its raw nature and charming villages. Pro-tip: prepare to be breath-taken by the beauty of Moll’s Gap. 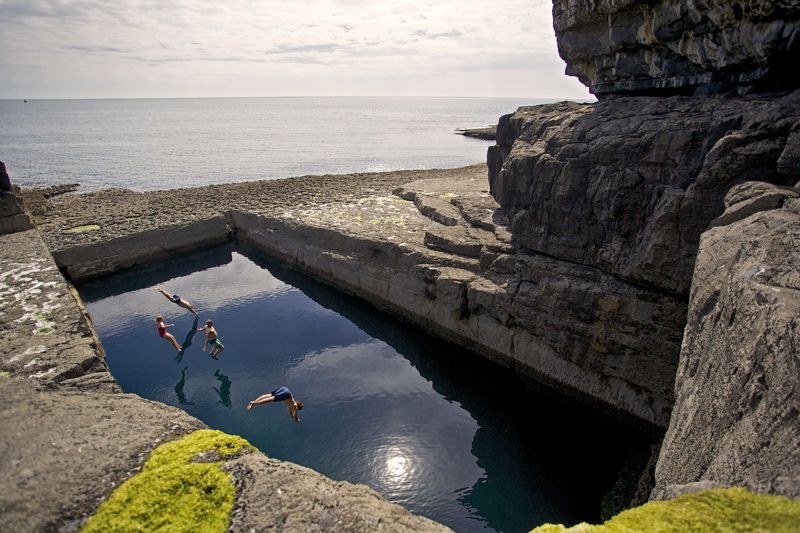 Aran Islands, County Galway
Famed for their knitted jumpers and pretty thatched cottages, the wild landscapes of the Aran Islands will never disappoint. Easily visible from the counties of Clare and Galway, the rocky, wind-buffeted island have a desolate beauty guaranteed to make you fall in love. 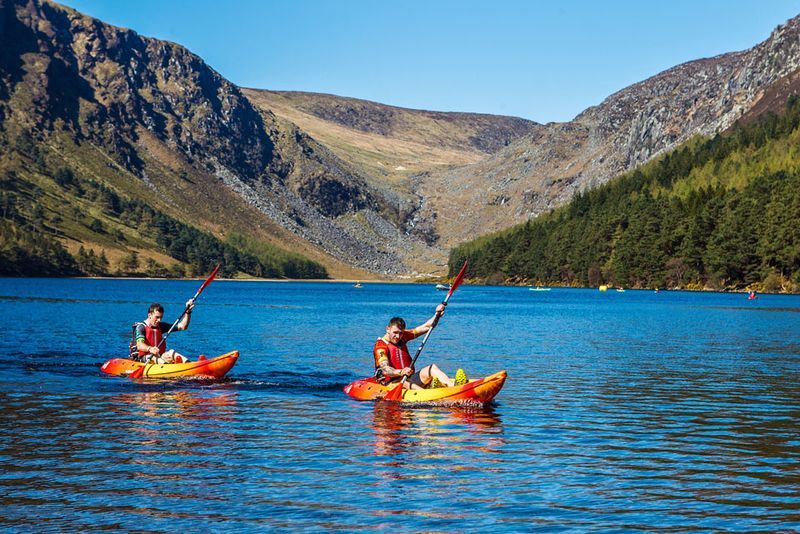 Glendalough, County Wicklow
Glendalough or Gleann dá Loch (Valley of the Two Lakes) is one of the most significant monastic sites in Ireland. Carved out by glaciers in the Ice Age, this national park hosts jaw-dropping nature and a 6th century round tower, the surviving remnants of a monastery founded by Saint Kevin. 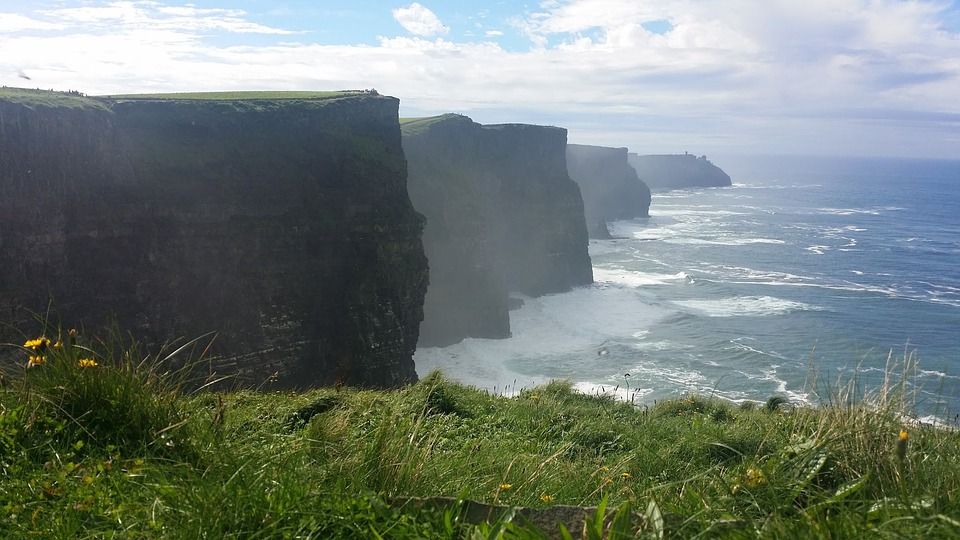 Cliffs of Moher, County Clare
No trip to Ireland would be complete without a visit to the Cliffs of Moher situated on the wild Atlantic Way. The Cliffs of Moher have majestically faced the Atlantic for over 350 million years and, simply, their beauty is incomparable. It’s Ireland’s most visited place for a good reason. 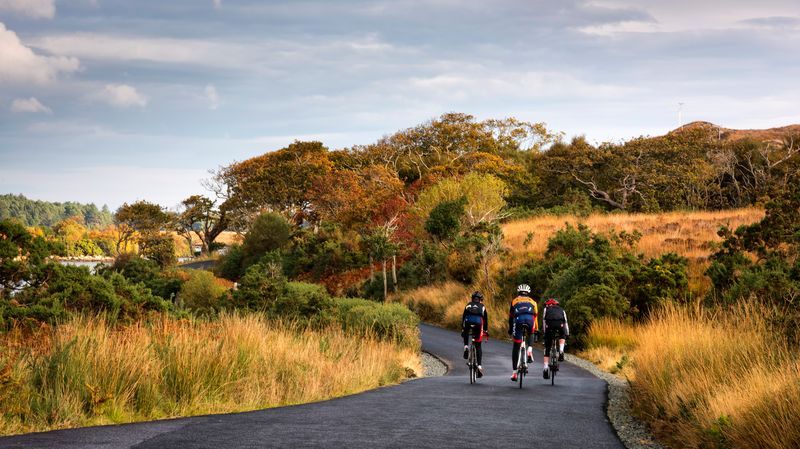 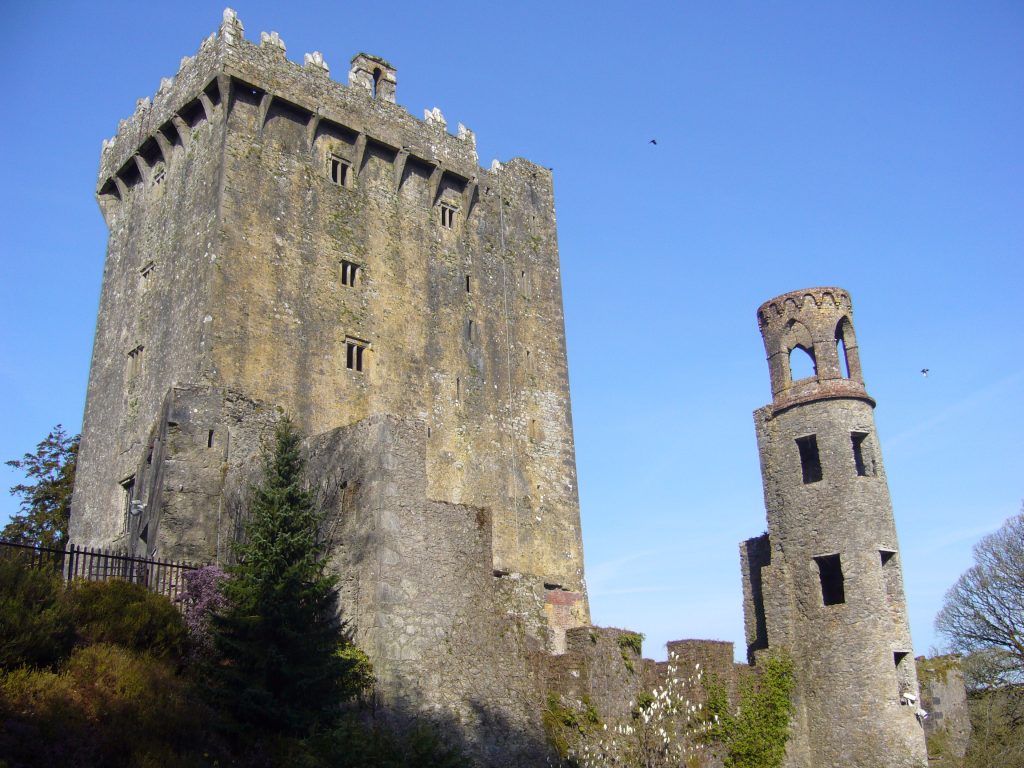 Blarney Castle/Stone, County Cork
Reputed to endow the gift of the gab on those who dare to hang their head off the parapets to kiss it, the stone is not the only reason for visiting Blarney Castle. Standing for over 600 years, the massive building boasts compelling dungeons and towers. 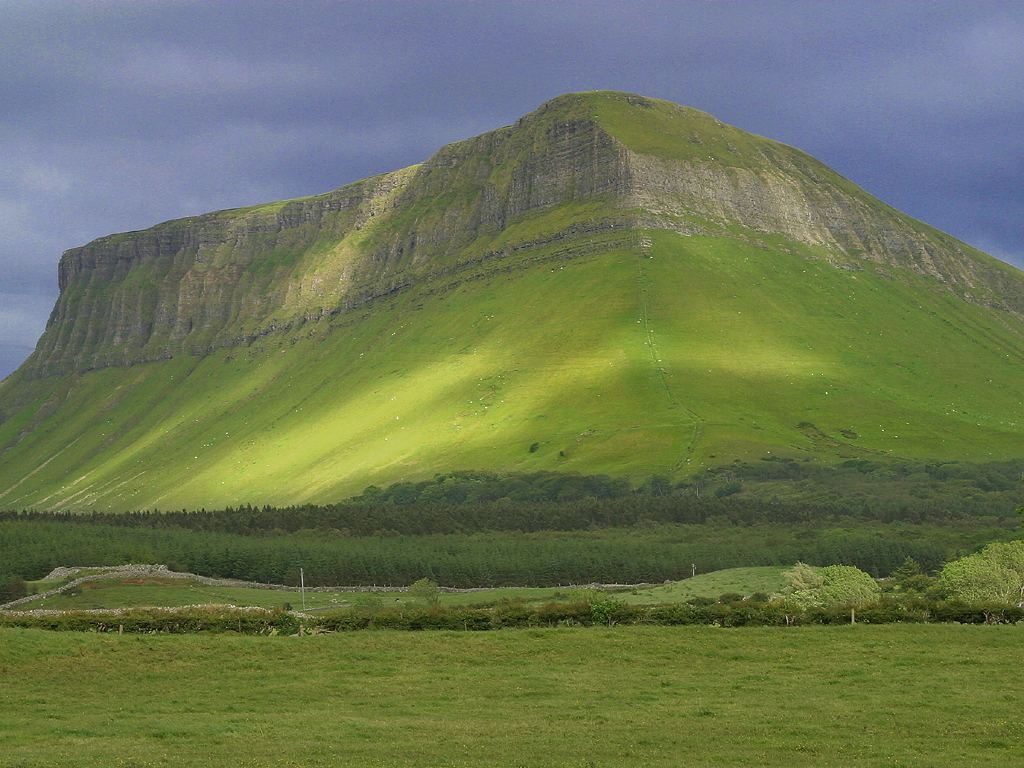 Benbulben, County Sligo
The area is also known as ‘WB Yeats Land’, as it was the inspiration for much of his poetry. The area contains a walk that starts just four miles from the main man’s grave in a secluded forest area, before offering up absolutely magnificent views of Donegal Bay and the Atlantic Ocean. 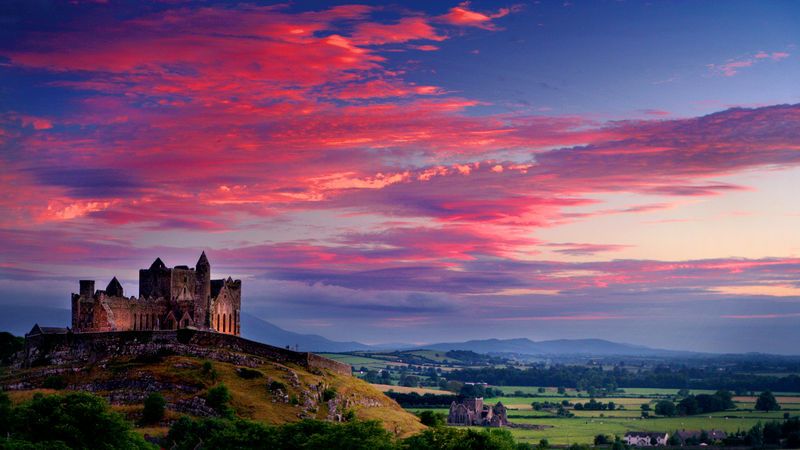 The Rock of Cashel, County Tipperary
Perched upon a limestone rock formation in the Golden Vale, this magnificent group of medieval buildings includes a 12th century high cross in a romanesque chapel, a 12th century round tower, a 15th century castle, and a 13th century gothic cathedral among others. It’s said that this was also once the seat of the high kings of Munster prior to the Norman invasions. 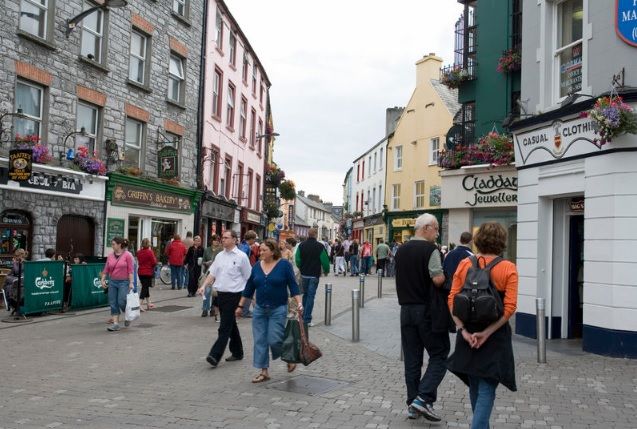 Galway City, County Galway
Galway City is one of Ireland’s most picturesque cities. Enlivened by its large student population and charismatic locals, it’s one of the country’s most vibrant, musical and atmospheric places. The pubs, the street buskers and a seafood-driven culinary scene are all jam-packed into this wonderful place. 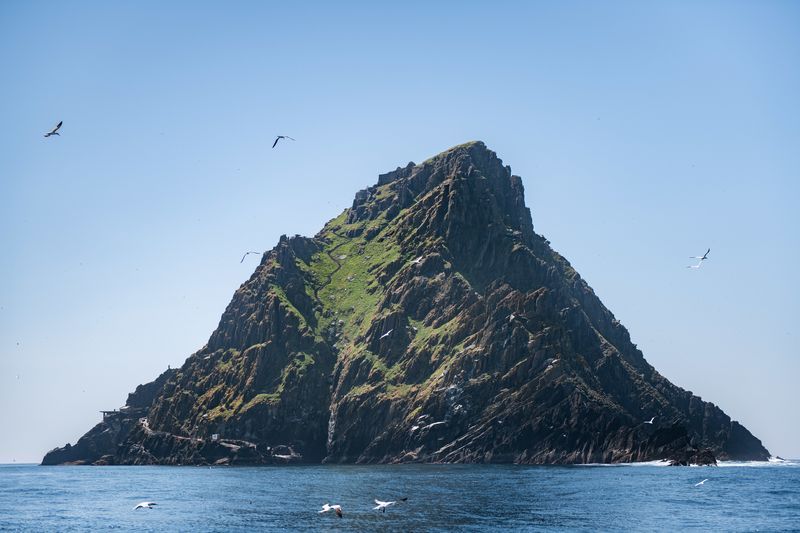 Skellig Michael in County Kerry
On this island 11.6 km west of the Ivereagh Peninsula is a well-preserved 6th century monastic settlement. The UNESCO World Heritage site was recently used by the Star Wars franchise as Luke Skywalker’s hideaway. It is home to 23,000 gannets, making it the seabird’s second largest colony in the world, and is Ireland and Europe’s most westerly point.