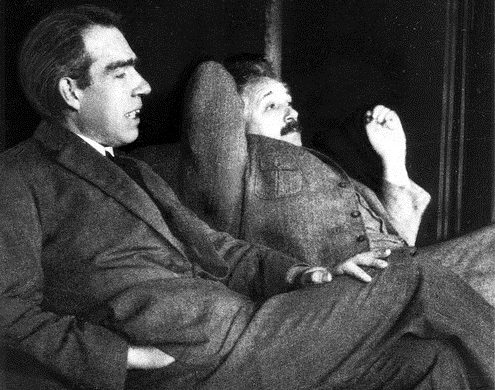 The Danish Astronomical Society made a rather startling discovery the other day, finding long forgotten letters written by Albert Einstein in its archives.

The letters were penned in German in 1920 as part of a correspondence between the legendary physicist – who would be awarded the Nobel Prize a year later – and the head of the Danish Astronomical Society at the time, Elis Strømgren.

The subject of the series of letters, two of which are hand-written, revolve around Einstein’s invitation to Copenhagen to deliver a lecture on his theory of general relativity.

“We were surprised, to put it mildly, when we came across hand-written and typed letters, a postcard and telegrams signed by Albert Einstein himself while we were going through our archives. It’s a unique peek into the history of science and contemporary letter exchanges at the time,” said Majken B E Christensen, the head of the Danish Astronomical Society.

READ MORE: Nobel cause: how Niels Bohr and his accomplice fooled the Nazis on Occupation Day

Copenhagen calling
According to Christensen, Einstein and Strømgren discuss a number of issues related to his visit to Copenhagen, including where he will stay and when he will arrive.

The Danish Astronomical Society, which was founded in 1916 to raise awareness and interest in astronomy and astronomical research, is looking into how the letters can be preserved and digitalised.

See some of the letters in question here.