 Business Round-up: Britain will be badly hit by a Hard Brexit, but not us - The Post 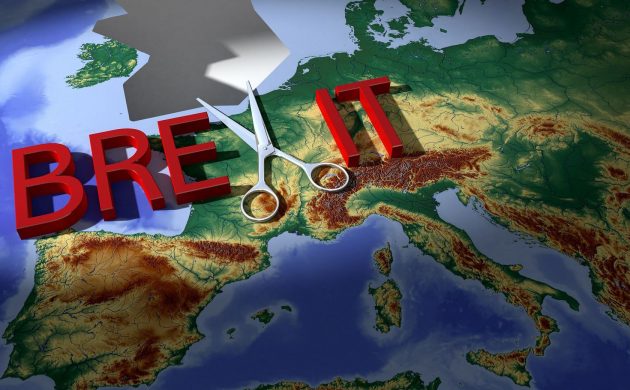 The odds of a Hard Brexit have tumbled over the past week to 12/5 – just a little longer than the 11/5 currently being offered on the UK having a second referendum.

But Danmarks Nationalbank remains confident that such an outcome won’t hit the Danish economy too hard, with overall exports to the UK likely to fall by only 1 percent, although certain sectors such as chemistry and medicine could fall by 20 percent.

Not particularly negative
“Both companies and households have considerable savings, and the public economy is healthy in Denmark,” noted the central bank’s chief executive Lars Rohde.

“The overall effect for Denmark is not particularly negative, and we expect the effect on the British economy to be much greater than for any other country.”

KMD to pay Tax Ministry 200 million kroner in regard to failed system
IT company KMD must pay the Tax Ministry 200 million kroner in regard to the blighted EFI system, which has been responsible for leaving the country’s tax recovery system in disarray. The settlement settles an action launched by the Tax Ministry in 2016, a year after it closed down the EFI. Following its launch in 2013, the system has done its best to cripple the recovery process, and the public tax debt now stands at 116 billion kroner. A new recovery system is being developed by Netcompany, which should be fully phased in by 2021.

Withholding tax scandal to cost state 2.4 billion kroner in legal fees
Pursuing foreign entities that exploited a loophole in the Danish system, which enabled them to get their withholding tax reimbursed, is a costly business, as the state owes 2.4 billion kroner in legal fees to lawyers in the US, Canada, the UK, Germany and Luxembourg. The lawyers are helping the state to recover 12.7 billion kroner, and they have brought cases against 470 parties in five countries.

Netto accused of copying ceramicist’s design
A ceramicist has launched legal action against the Netto supermarket chain for producing a range of pottery that she claims is strikingly similar to her work. Anne Black is asking for 3 million kroner in compensation, claiming to DR that “if you take too much detail, then it becomes illegal”. However, some experts aren’t convinced, describing the case as a “grey zone area”. While Anne Black’s pots cost 350 kroner, at Netto they’re just 39 kroner.

Lego supremo steps down from board as son assumes reins of power
Kjeld Kirk Kristiansen will this month step down from the Lego board, thus marking a generational shift at the toy producer, as his son Thomas Kirk Kristiansen, who replaced him as vice-chairman in 2016, becomes the ‘active owner’ of the company. Kjeld, the grandson of the founder Ole Kirk Kristiansen, was CEO from 1979 until 2004. He will remain chair of the family company Kirkbi, which owns a 75 percent stake in Lego, and also continue as deputy chair of the Lego Foundation and chair of the Ole Kirk Foundation.

Contactless cards lead to surge in thefts, but less money stolen
The number of stolen credit and cash card instances has soared 500 percent in just two years – a rise attributed to the introduction of contactless payments. Last year, there were 9,766 cases, according to Danmarks Nationalbank. Nevertheless, the number of cases in which thieves use an ATM – often leading to far greater sums being stolen – has plummeted.  The average loss sustained by a PIN code/card theft was a hefty 3,599 kroner, whereas contactless card thefts on average yield only 157 kroner.

Fantastic first quarter for country’s top 25 shares
The C25 index of the country’s leading shares has enjoyed an extremely good start to 2019, rising 14.1 percent over the first three months. The performance mirrors the US, where shares have generally seen their best first quarter figures since 1998. Only an astounding Q1 in 2015, fuelled by a soaring Novo Nordisk, can claim better two-decade figures in Denmark. Last year, in contrast, was an annus horribilis for Danish shares.

Huge hookah tobacco haul taken at German border
Two men have been stopped at the Danish-German border with 1.4 tonnes of hookah tobacco – a haul that would have deprived the tax authorities of 997,000 kroner had it been sold in Denmark. The men have been charged with smuggling of a particularly serious nature, confirmed Syd- og Sønderjyllands Politi, which assisted customs officials in making the seizure. There are a number of hookah establishments in Copenhagen, where the water pipe tobacco is smoked, including Café Beirut on Skindergade.

DSV completes takeover of Swiss rival Panalpina
The transport and logistics company DSV has completed the takeover of Swiss rival Panalpina for 30.5 billion kroner. Following lengthy negotiations, DSV managed to persuade the necessary 80 percent of shareholders to accept its offer, which values Panalpina 43 percent higher than its share price on the day the news broke of the offer.

AmCham names Rambøll its Transatlantic Company of the Year
AmCham Denmark has named Rambøll as its Transatlantic Company of the Year. The US chamber of commerce said it had chosen the engineering, design and consultancy company “for its significant investments, impressive growth and a strong focus on sustainable solutions while being an active participant in the societies where the company operates”. Rambøll currently has 2,000 employees in the US, with plans to increase the number to 3-4,000 employees in the next four to five years. Rambøll was on a shortlist that also included Ambu, Cludo, Copenhagen Infrastructure Partners, Haldor Topsøe, Leman, Leo Pharma, and Shark Solutions.

Taxi firm fined for retaining customer’s telephone numbers for too long
Taxa 4×35 has been fined 1.2 million kroner for storing customers’ telephone numbers for more than the two years permitted by data protection regulations. In its defence, the taxi company said that deleting the customer’s number was problematic because the database used the number as the customers’ ID, but Datatilsynet rejected the excuse.

Toy stores reopening following bankruptcy
The first Fætter BR store has reopened following the Salling Group’s takeover of the toy store chain. A store  on Vimmelskaftet, which is part of the Strøget walking street, opened its doors on March 25, followed by two more in Copenhagen, and another two in Aarhus. In total, 26 stores will open – considerably fewer than the 97 that previously traded.

Danish ticket holders could lose out following Wow Air bankruptcy
Danish-based travellers to the US will be disappointed to learn that the Icelandic airline Wow Air has gone bankrupt – particularly if they have recently purchased tickets, as not all of them will get a refund. Not only did Wow Air offer relatively cheap travel to the States, but its presence in the market encouraged other airlines to lower their prices. The company, which first took to the skies in 2012, transported around 3.5 million passengers in 2018. At its peak, it had 20 aircraft and flew to 40 destinations.