 Long way from Tipperary: How a Chinese New Year holiday turned into the ultimate staycation - The Post 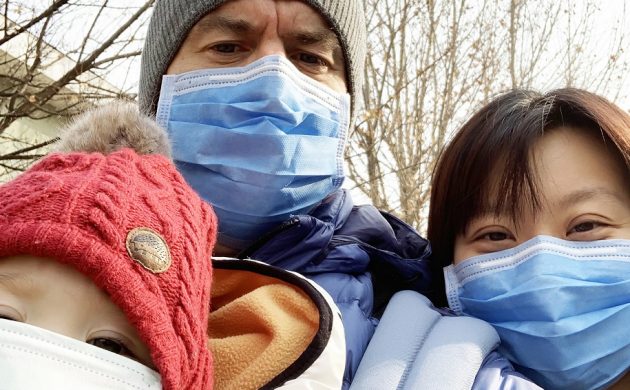 It’s 11am and I’ve just come in from taking the dog for a walk. It stretches, gives a little yawn and wags its tail happily. I’ve got a bit of the feel-good factor too. I’ve had a bit of sun on my face, the bracing cold has been invigorating and the clear blue skies are a welcome antidote to Copenhagen’s usual wet-and-grey January fare.

So far, so normal you might say, but it’s here that things start to take a different spin.

My first inclination is to head to the coffee machine and get my second cup of the day. Slowly but surely, however, like the most persistent of earworms, I glance at my hands, I start thinking of the ‘what ifs’ and, once the thought is there, it’s impossible to ignore.

With a weary sigh, I head upstairs and, probably for the seventh time already that day, put my hands through the wringer with soap, warm water and sleeves rolled back as I make sure every part of me up to and including the wrists is immersed in the water for the time it takes to get through a mental rendition of the ‘Happy Birthday’ tune. It’s an exercise I’ll repeat 20 times that day.

You might be inclined to dismiss this as an exercise in paranoia and you’d probably be right, but it is also the grim reality of living in an environment where the threat of infection seems high. At moments like these, Copenhagen has never seemed so far away. As for Tipperary, with its rolling hills and Guinness-soaked pubs where my mother’s side of the family hails from, it feels like another planet.

Paranoia rules and, when flock mentality takes over, it’s by some way more infectious than the actual threat itself.

New year dismay
We arrived in Beijing on January 15 with the intention of celebrating Chinese New Year with my wife’s family. Although we were already vaguely aware of the stories emerging out of Wuhan, the epicentre of China’s coronavirus outbreak, we were not overly concerned. It is after all more than 1,000 km away.

But, as we walk through quarantine at the airport, the young lad manning the desk looks at us nervously, tells us that our daughter’s temperature is a tad high, and says we have to see the on-duty doctor. The doctor duly arrives and ushers us into a pokey little office where, once she has established we’ve travelled from Copenhagen, and critically haven’t been anywhere near Hubei province, lets us on our way with a smile and a nod while making a careful note of our seat numbers.

For the next week or so, we went about life in Beijing much as we would have expected to. We went to restaurants, cafes, the gym and even found a play centre for Eloisa who was revelling in the attention of her extended family in the build-up to Chinese New Year, which was set to begin on January 25.

And then, D-Day arrived. Or more precisely, January 23, the day the government decided to shut down Wuhan in a drastic effort to lance the boil at source. Overnight our regime changed entirely.

Like Groundhog Day
My wife Kewei’s family are extremely kind, courteous and, above all, hospitable people. With me as the only adult laowai (foreigner) in the house, absolutely nothing was too much for them during my stay. But from January 23, it was made clear to me that under no circumstances was I to set foot outside of the compound where they live.

Sizeable though that compound was, stretching probably about 1.5 km end to end, that meant my horizons were likely to be extremely limited until February 17 when we were due to return to Denmark (more of that later …). I got to know that compound well! There was the house where the piano was constantly playing as some Chinese tiger mum no doubt drummed it into her prodigy that this was the opportunity to get ahead of the competition.

There was the dog that regularly squirmed under its gate to confront me as I went by. The sentry who nodded as I passed the gates. And the kids bouncing on the trampoline in the house around the corner oblivious to what was going on in the outer world. All became familiar sights and noises on my daily run.

The masks are not comfortable, especially when you’re running, but you do get used to them after a while, although the debate as to their worth continues to rage. Our daughter even, not known for her patience, more often than not allowed us to put her mask on without too much complaint.

Like a ghost town
But it is an eerie feeling walking around semi-deserted streets in a city of 20 million people.

While we never felt in any real danger, there was a nagging undercurrent that nibbled away, ensuring the ‘what if’ questions loomed large.

Coping with the boredom was easy enough. We all read copiously, I learned how to play Ma Jong, and there was plenty of TV to catch up on. We all took turns at cooking, and the food, in general, was magnificent. So was the wine. It was Chinese New Year after all.

As far as shopping was concerned, Kewei’s uncle and aunt, at some risk, would venture to the shops most days and bring in the supplies. It was a quiet gesture, without pomp or ceremony, but given the trepidation and encroaching fear of an unknown enemy, a brave one.

Each day, we would also watch the local count on those who had succumbed to the virus. One day it was two, a few days later nine. In an area probably not much smaller than Copenhagen, you’ll get the context, but the mere fact of knowing the virus was in the locality was sufficient to send a shiver up the spine and double down on the hand washing.

The best pint ever
In the end, we decided to leave China early, but after changing our flight to February 8 with SAS, we then woke the next day to discover SAS had cancelled all flights in and out of mainland China to March at the earliest. We were refunded of course, but the very real fear we might be trapped in China loomed.

Air China fortunately continued to run and we booked flights for February 9, fingers crossed that they would still be flying the route on the day. That left us with one last obstacle: circumnavigating the airport successfully where,  despite the strenuous efforts of the Chinese to clean, clean and clean yet again, there was the strong likelihood that there would be traces of the virus present.

We wore our masks. Not your ordinary ones this time, but heavy duty. We had special gloves.

But we landed in Denmark without issue, other than facing the amusement of passport control staff as we walked through in our masks. And we then followed another two weeks of isolation until finally we could be sure we were virus-free.

Our first port of call? One of the Irish pubs of course where our daughter blissfully (and thankfully) slept through while we both enjoyed our first Guinness in a while. It was worth the wait.