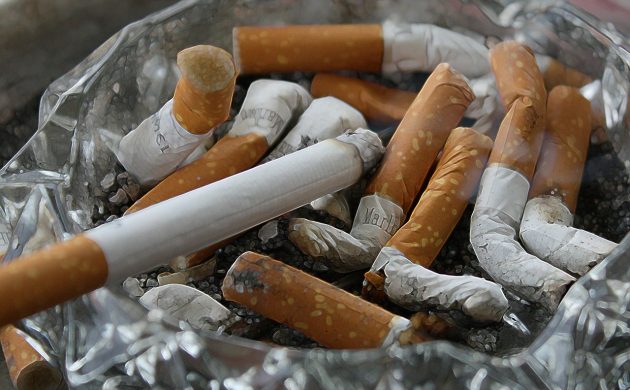 Several municipalities and the Kræftens Bekæmpelse cancer society report that more people are trying to quit smoking ahead of tobacco prices rising on April 1 – a 10 kroner hike for a pack of cigarettes to 55 kroner.

Slagelse Municipality now has a waiting list for its courses to quit smoking, while Holbæk Municipality and Stevns Municipality have all reported a surge in interest.

Limited funding
However, the government has only earmarked 10 million kroner a year to supporting courses to tackle smoking and drug abuse, and some municipalities such as Lolland, which has the highest proportion of smokers in the country (one in four), have discontinued the courses.

Piglet concerns
It is sad that more piglets are being transported abroad to be slaughtered, contends Socialdemokratiet MP Anders Kornborg in an opinion piece in Jyllands-Posten. In 2019 there were 21,600 truck journeys transporting the piglets, which he argues is bad for the environment, Danish jobs and the animals themselves, which have to endure 20-hour journeys (and death).

Contractor corruption
The police have informed PFA that one of its partners, the V2C consultancy firm, demanded a 6 million kroner procurement fee from WR Enterprise, a contractor interested in working on Redmolen, the pension company’s 2.6 billion kroner, 55,000 sqm construction project in Nordhavn. Pihl was also reportedly asked for a similar fee in regards to the Spidsen project.

More living longer
More people die closer to the average life expectancy than previously, according to a PNAS study. The average, for example, barely changed between 1970 and 1990 due to a high premature death rate caused by smoking and drinking. Reduced differences between the life expectancy of the rich and poor, and women and men, have also been observed.

Fewer ghost drivers
Drivers in Denmark are getting better at travelling down multi-carriage roads in the right direction. Last year, there were just 88 reports of ‘ghost drivers’ – the first time since 2005 that less than a hundred have been reported, according to Vejdirektoratet. Ghost drivers are most likely encountered in mid and north Jutland.

Driverless bus debut
Denmark’s first driverless buses made their maiden journeys in eastern Aalborg on March 5. The buses are equipped with sensors, cameras and a 3D map, as well as an operator who can take action in case something goes wrong. The long-term plan is for the buses, which are part of an Aalborg University-led two-year pilot project, to be completely staffless.

Doctor imprisoned
A 54-year-old doctor, Kristian Wachtell, has been sent to prison for 30 months for defrauding the health services of close to 4 million kroner. Between 2007 and 2013, Rigshospitalet and Glostrup Hospital respectively paid 2.9 and 0.8 million kroner for blood tests that never took place – sums that Dr Wachtell, who has not been struck off, will have to pay back in full.

Less illegal gambling
According to H2 Gambling Capital, 91.54 percent of the nation’s gambling was carried out through legal channels in 2019 – up from 72.44 percent in 2012. The Spillemyndigheden regulator blocked access to 25 online sites that did not have the necessary licences to operate in Denmark. In total it monitored 502 sites. Additionally, 19 physical sites were reported.

Bike theft record low
Bike thefts have hit a record low. Last year, the police received 46,212 reports – 33,060 fewer than 10 years ago. The sharpest falls have been seen in western and southern Zealand.

Handshake solution
Hedensted Municipality has come up with a solution to the dilemma many prospective Danes face when they are required to shake a senior municipal figure’s hand at their citizenship ceremony: a choice between a man and a woman. The municipality claims the law does not specify whose hand should be shaken. Socialdemokratiet MP Rasmus Stoklund concedes the choice is not illegal, but goes against the spirit of the 2018 law.

Most cyber-secure
Denmark is the most cyber-secure country in the world, according to comparitech.com. It rose three places up the charts to dethrone Japan, which itself fell to fifth. Close behind Denmark were Sweden, Germany and Ireland, while the US lost its place in the top five, falling to 17th. Denmark’s only failing was that its cybersecurity legislation could be more up-to-date.

Corporate quarantine
The Danish Veterinary and Food Administration has for the first time used powers invested by the 2019 Food Act to close a premises for failing hygiene rules. The Ølby Bazar grocery store in Køge has been closed for three months – a so-called ‘corporate quarantine’.

Paedo punishment pledge
The justice minister, Nick Hækkerup, wants to increase the penalty for sexually abusing children when it involves non-penetrative acts, such as groping. In several recent cases, offenders have only been given a sentence of three to four months. Since 2016, penetrative acts can be punished by 2.5-3.5 years in prison.

Less deadly than normal
Ordinary winter flu has killed 294 people in Denmark over the last six months – the lowest rate for years. During the 2018-19 season, 1,644 died, and the average is normally a thousand. Some 95 percent of the fatalities are among people aged over 65.