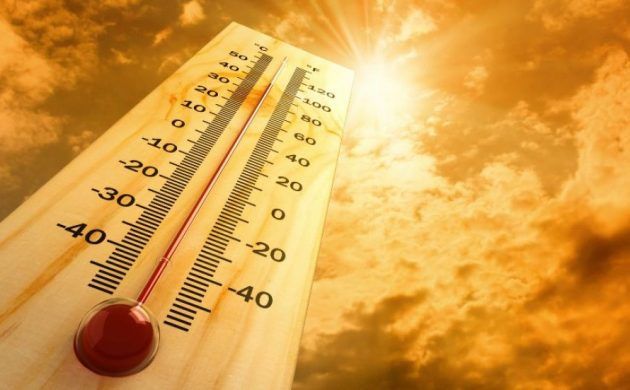 Denmark’s green credentials have taken a double blow over the last week.

Century in a cauldron
Firstly, it has been confirmed that over the past 20 years Denmark has seen a temperature increase twice as high as the rest of the planet.

Its 1.20-degree increase over the past two decades is way higher than the global average of 0.52 degrees, according to figures released by the Climatic Research Unit and the Hadley Centre in the UK.

Some 13 of Denmark’s 20 warmest years have been in the 21st century, while 2018 was its second warmest since records began. Norway, Sweden and Canada have also seen similar increases.

The confirmation came as Copenhagen played host to the first ever Climate and SDGs Synergy Conference.

The amount of energy consumed in Denmark rose by 0.2 percent, while CO2 emissions increased by 1.3 percent, as coal consumption rose by 1.9 percent (compared to a 25.5 percent decrease in 2017) due to there being less wind.

Should the sunshine continue, warned Astma-Allergi Danmark, we can expect high counts following record levels of alder and hazel this spring.

About 1 million Danes suffer from a pollen allergy, and about 51 percent of those sufferers are allergic to birch pollen – so around 500,000. For first-time sufferers, it can feel like getting the flu.

Ticks with a vengeance
And there’s more bad news on the tick invasion, which is already going strong thanks to all the rain in March: there were four cases of the potentially lethal disease Tick-Borne Encephalitis (TBE) last year.

According to the State Serum Institute (SSI), cases were recorded twice on Bornholm and for the first time in Funen and Jutland. TBE is normally rare; between 2015 and 2017 there were only two cases.

About a third of those infected sustain serious inflammation of the brain, which can lead to permanent damage.

Help for MS patients
The government has teamed up with Dansk Folkeparti (DF) to earmark 38.7 million kroner to improving the conditions of multiple sclerosis patients and their families. Around 650 Danes are diagnosed with MS every year. In related news, the government and DF have agreed to set aside 600 million kroner up until 2030 to clean up polluted soil sites.

Muscle mass drug
Researchers at Aarhus University are developing a drug to slow down the body’s loss of muscle mass, reports Videnskab.dk. Experiments with mice using a new molecule that increases muscle mass, without affecting the number of red blood cells that could increase the risk of blood clots, have been a success.

Reclaiming for forest
The Ministry of the Environment and Food is making good progress with its plans to convert more land previously used for agriculture into woodland. Last year, it added 211 hectares of new forest at eight locations in Denmark, comprising almost 1 million trees, taking its ten-year total to 3,000 hectares.

Fehmarn work approved
A majority in Parliament has given the go-ahead to start constructing the 18-km long tunnel under the Fehmarn Belt that will connect Denmark to Germany. Work will begin in the autumn, and the tunnel is scheduled to open in 2028. However, work on the German side could be delayed by local objections.

Cervical cancer warning
Women over the age of 64 have a 25-30 percent higher risk of dying of cervical cancer than previously believed, according to research carried out by Aarhus University. Among women aged 75-79, the risk is five times higher than women aged 40-45. The over-64s are not covered by the Danish cervical cancer screening program.

Super-sized sustainability
Super-sized floating wind turbines and batteries are currently being developed by Danish researchers. The former, working at Force Technology in Lyngby, are testing the turbine’s ability to perform in water of a depth of 200 metres. The latter, BOSS on Bornholm, has received 19 million kroner from Energistyrelsen to develop the country’s largest battery storage system.

New sea star factory
A new factory that converts sea stars into flour will open at Kåstrup near Skive in Jutland on March 29. In the Limfjord, where there are as many as 50 sea stars per square metre, their presence is damaging the area’s fishing industry. In related news, 80 percent of kids in Denmark eat fish at least once a week, according to the DTU, but less than 10 percent eat the recommended amount.

Unmanned ship research
With the help of researchers, the maritime sector has launched ShippingLab, an autonomous ship project to create algorithms that can be as effective as experienced helmsmen. In related news, the Miljøstyrelsen environment authority has been asked by Parliament to explain why two of its ships, which it bought for 17 million kroner in 2015, have been idle in Svendborg Harbour for five years.

Toxic party balloons
Tests carried out by the consumer organisation Tænk on a number of different party balloons reveal that almost half of them give off unacceptably high amounts of carcinogens. Balloons bought online often come from companies outside the EU that don’t adhere to the union’s regulations.

Suspicious sheep attack
Last week, 16 sheep were found dead in an enclosure on Stråsø Plantation near Holsterbro in northwest Jutland and nine others were so badly injured they had to be destroyed. DNA tests will confirm whether a wolf is to blame. Bizarrely, a hole was deliberately cut in the electric fence, allowing an animal to enter.

Better protein extraction
A new DTU project is developing technology to sustainably extract protein from the many tonnes of organic material that has been collected in green biowaste dispensary bags in Copenhagen since 2017 – an initiative that has been a roaring success. The protein will be used to produce supplements for humans and animals.

Death of the forests
Researchers at the University of Copenhagen (KU) have used satellite imagery to document how Cambodian forests are being destroyed to satisfy the global demand for rubber. Over the past 14 years, almost a quarter have been cleared to make room for plantations. In related news, two KU researchers are developing a fish-based product to alleviate undernourishment in the country.

War on bordertown cans
Socialdemokratiet is fed up with the number of drinks cans turning up in Danish nature, which were bought in Germany without the payment of a deposit. An estimated 650 million are brought into Denmark every year. Back in 2015, the two countries agreed the drinks should carry a one kroner deposit, but little has been done. S called the inactivity “disgraceful”.