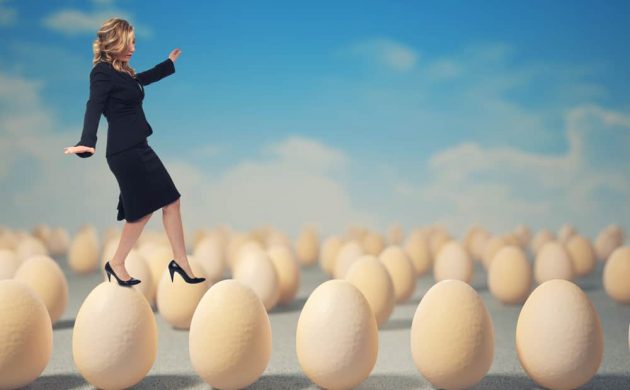 Exactly! It starts with yourself. So lose the heels! (photo: Pixabay)
April 5th, 2020 5:23 am| by Kirsten Louise Pedersen

In Denmark, the concept of ‘krænkelses kultur’, or ‘snowflake-culture’, has gone from not really existing at all to becoming a household term in a very short amount of time. Much is debated about when something can be deemed offensive or not.

Humans differ notoriously in their personal preferences. What one person finds funny, another finds offensive; what one person thinks is a delicious meal, another finds completely gross. Are these matters not natural occurrences as a result of a difference in opinion? And why are we so afraid of being offended?

Subjective reality
Science has long argued that a person’s sense of reality is very much a subjective experience. In other words, your world-view is your perception. In the world of health, it is a known fact that the feeling of pain is a response by the brain based on potentially threatening stimuli. How much pain is experienced (if any at all) is strongly influenced by personal beliefs and prior painful experiences.

John Cleese famously said: “I’m offended every day, but I’m not going to expect someone to stop that happening,” adding: “We can’t have comedy and be politically correct at the same time.” Cleese warns against giving in to political correctness, contending that it has come to a point when any kind of criticism is labelled cruel.

Cultural differences
When I was living in New Zealand I got used to being addressed as anything from ‘Bro’ (not kidding) to ‘Babe’. I thought this was hilarious. These were standard greetings where I was living and really had nothing to do with me personally. They weren’t meant to be derogatory or sexist, they were just the cultural norm in that place. Why read any more into it?

I would argue that rather than focusing on how we want others to act (which is a hopeless task anyway), it is necessary that we turn our attention towards our own responses. Surely we can learn to control our own uncomfortable emotion, rather than demanding that our environment moulds to our liking?

Taking responsibility for how we choose to respond is the only place where we have any real control. We cannot change what happens to us, but we can change how we respond to what happens.

In a world that is fast filling up with more and more people of different nationalities, cultures and religious beliefs, surely the way forward must be to foster a less sensitive, more tolerant attitude, and not a more sensitive, less tolerant attitude?

If we learn to modulate our own responses in the first place, we will honestly have little need for controlling those of others.

At the end of the day, we can choose to be offended about whatever we want, but we just have to remember that it is still us who are offended. As the clever yogis always say: it all starts with yourself – begin there. 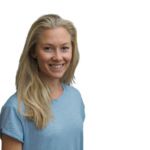 Born and raised in Denmark and a resident of New Zealand for over 14 years, Kirsten has lived a pretty nomadic life since her early 20s. A physiotherapist, yoga teacher and keen home cook, she is passionate about food, good living and natural health. Follow her on Instagram