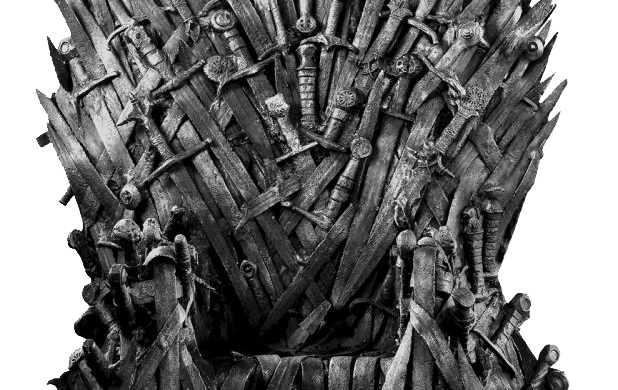 Mette Frederiksen and her writhing throng of red bloc armies have reached the gates of the King’s Landing of Copenhagen.
Since being driven from the halls of power and into exile by the blue bloc hordes four years ago, the reds have clawed their way back to the precipice of victory.

But PM Lars Løkke Rasmussen and his steely-eyed underlings will fight tooth and claw to retain their position of ultimate influence.
But a red dragon may prove to be a foe too formidable.
With the general election looming ahead, alliances have been forged in fire and ample blood has been spilt along the road to the final day of reckoning.

Who will reign supreme in the kingdom of Denmark come June 5?

Like Daenerys Targaryen, Frederiksen is a red-bloc queen searching for her throne.

A dragon in the polls at the moment, Frederiksen has been on the hunt for the government crown ever since her Khal Drogo (Helle Thorning-Schmidt) bowed out as PM a few years ago.
Currently a strong 1/5 favourite to become Denmark’s next PM.

As Jon Snow was revived from the murky depths of oblivion, so have Dyhr and SF.

Like a phoenix, the party has risen from the ashes of 2015 and re-energised a turgid group of white walkers into a living force.
Indeed, the polls suggest that SF will double the number of mandates it attracted four years ago.

Morten Østergaard has long been a faithful servant to the red bloc cause.

And despite a few mishaps along the way, including a feeble election in 2015, Radikale has bounced back, with the polls predicting upwards of 8 percent of the votes ‒ almost twice the 4.6 percent garnered four years ago.

Østergaard and R, however, don’t shy away from criticising red queen Frederiksen.

But despite some early bumps, the party boss has steadied the ship and is poised to usher in an even better result than in 2015.

Polls have them at nearly 9 percent, buoyed by a potent 20 percent in Copenhagen.

Oh Uffe. Like the affable Tarley, Elbæk has lots of ideas, but ultimately he can’t punch his way out of a wet paper bag.
Mayhem behind party lines has seen Alternativet stock decline steadily since 2015.

He may have been the first to kill a white walker for the climate, but he’s having an awful time finding Valyrian votes of steel these days.

Missed out on an EU Parliament mandate on Sunday.

Lars Løkke Rasmussen and Venstre have been performing about as well as Cersei Lannister would in a don’t-shag-your-own-brother competition.

As the queen, the PM has been fighting tooth and nail to hold on to power, even though the opposition has legions of voters and Venstre has stooped to 17 percent in the polls.

Rasmussen, who is 11/4 to retain his throne, will need to yank a dragon out of his hat to pull off the upset. And that might be the suprising success in the EU elections.

The fact of the matter is that you just don’t fight as well when your hand is chopped off, and that is what has happened with Samulesen and LA since joining the government in late 2016
The party has haemorrhaged voters, leaving it with a paltry 4.6 percent share.

Missed out on EU mandate.

Poulsen and K are among the few bright spots in the blue bloc, seemingly having abandoned previous plights of elections past.
A new man, like Tyrion, the party looks set to punch above its weight and its 4.7 percent share is up considerably on four years ago.

You never know who Dahl and DF will team up with.
Like the shifty Baelish, deals are made with government and opposition alike.

But no-one likes a turncoat and the party has taken a massive kicking in the polls, falling from 21.1 percent in 2015 to barely 10 percent today.

Vermund and NB burst onto the scene a while back, driven by a blue bloc policy deemed as emasculated as Theon Greyjoy
But now the strong wind has dissipated and they sit on the brink of political castration with just 2.3 percent in the polls.

Isabella Arendt is … Brienne of Tarth

The traditional party is back on the map following Arendt’s recent knighthood.

The eloquent young lady was thrust onto the big stage and performed well, setting the scene for a potential return to some form of prominance.

But will she bend the knee when on-leave Stig Grenov returns?

You might think that few people would raise their banners to someone who shoots crossbows into Korans and enjoys banishing foreigners to faraway places in the Seven Kingdoms, but Paludan has become a paladin for some and sits at an astonishing 2.6 percent in the polls.

Like Hodor in a calculus exam, Pedersen doesn’t stand a chance in seven hells.

Sitting at 0.4 percent in the polls, the party doesn’t look like it will even gain enough votes to get one mandate.