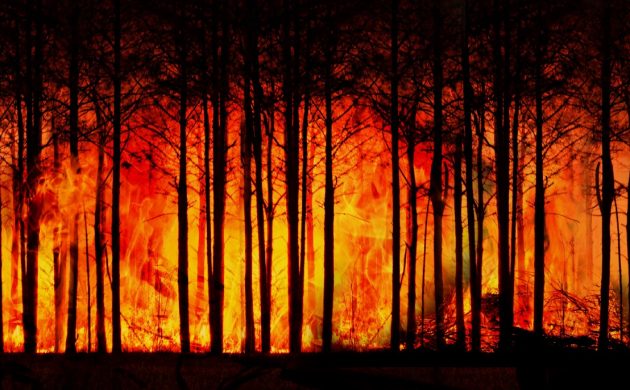 Denmark needs more nature areas, a UN report urged in early May, but for some animals, it has more than enough. Not only are more wild dogs making the country their home, but it is believed that a large cat might be on the prowl.

Dogs of war
Since the golden jackal was first spotted in 2014, there have been at least 50 subsequent sightings in Jutland. Bigger than a fox but smaller than a wolf, the golden jackal is one of the world’s most widespread animals.

But they have some way to go to catch up the raccoon dog, which was first registered back in 1980, but didn’t start becoming commonplace until this century.

Environment Ministry figures for 2018 based on registered kills by hunters, who can shoot the dogs all year round, reveal there are around 5,000 to 6,000 of them in Jutland – and a few on Funen.

A plan was set in motion to exterminate the animal in 2015, as the dogs wreak havoc in ground-breeding bird colonies, eating anything from insects and reptiles to small mammals, eggs and maize – and they are strong swimmers.

Big cat on the prowl
But with the wolves retreating back to Germany, are they the biggest threat to Danish wildlife. Apparently not, according to two sightings in Jutland in March and May.

In March, several people claimed they saw a large cat-like animal, and in May, a jogger said he saw the creature near Vejle. However, the police have so far failed to find any compelling evidence.

The Environment Ministry is sceptical, but has not discounted the possibility that the animal has been imported illegally and escaped.

Broke the flora protocol
Meanwhile, the Miljøstyrelsen environmental authority has recommended two lakes near Roskilde be closed off, and possibly drained, following the discovery of Carolina fanwort – an American sub-tropical plant.

The plant is regarded as a pest because it displaces the local flora, and bans on dogs, horses and fishing has been introduced in Fiskesø and Hundesø lakes in Hedeland Nature Park.

It is believed the plants might have made their way into the water because somebody emptied their tropical fish tank.

Raisers of the lost storks
Storks, on the other hand, are having a harder time. Back in the 1930s, there were 1,200 breeding pairs, but now Denmark is grateful to have three – so grateful, the birds have been given names.

The birds have been spotted in Gundsølille near Roskilde, Bækmarksbro in western Jutland and Smedager in southern Jutland, and storkene.dk is praying for a rainy but sunny Danish summer – the best possible breeding conditions for the bird.

No comeback for bees
While it’s no exaggeration to say that wild bees are facing a crisis, as sales of imidacloprid – an insecticide that kills them – have increased by 85 percent in Denmark over the last two years.

The insecticide was outlawed by the EU in 2013, and the ban was toughened in 2018, but in Denmark users can get dispensation and it is often used by the agriculture sector for the production of beetroot.

Green car ambitions
A new study by the Bilbranchen car organisation reveals that four out of ten Danes would like their next car to be an electric or hybrid one. However, many still have reservations about the cost, limited range and shortage of chargers, reports DI Business.

Left wants IT ministry
According to Enhedslisten, Alternativet and Socialdemokratiet, Denmark needs an IT ministry when the next government is formed. The ministry should be responsible for matters of data security and ethics for future public IT projects, reports Politiken.

Bornholm’s recycling bid
The rubbish-burning incinerator on Bornholm is due to be replaced shortly, but as an alternative the municipality-run waste management company BOFA has put forward a daring new plan: to do away completely with all waste on the island by 2030 hrough recycling.

Breast cancer scandal
Charges have been brought against senior executives following the exposure of procedural deficiencies at Ringsted Hospital concerning breast cancer screenings between 2013 and 2017. An investigation of 9,400 records has revealed over 300 cases of women being cleared who were later found to have breast cancer.

Clinker coming back
Fishermen and other activists from Denmark’s Jammerbugt Municipality are hoping to preserve the noble Danish tradition of clinker-built oaken boats, reports Euronews. These are flexible enough to land directly on sandy beaches, and this traditional way of coastal fishing is more friendly to the environment.

Colon cancer crisis
More people under the age of age of 50 are getting colon cancer in wealthy countries – with Denmark leading the statistics. Since 2012 the number of Danes getting the cancer has risen by 3.1 percent annually – the highest rate ahead of New Zealand (2.9), Australia (2.9) and the UK (1.8). Colorectal cancer cases are also rising.

New quantum computer
Researchers from the University of Copenhagen and Microsoft have teamed up to develop a new kind of quantum computer, reports Ingeniøren. Their so-called topological quantum computer will employ two-dimensional quasiparticles called anyons.

Eldercare shortage
The number of vacant eldercare positions continues to grow – bad news as the elderly population is ever increasing. Municipality association Kommunernes Landsforening estimates 15,000 more workers will be required over the next five years.