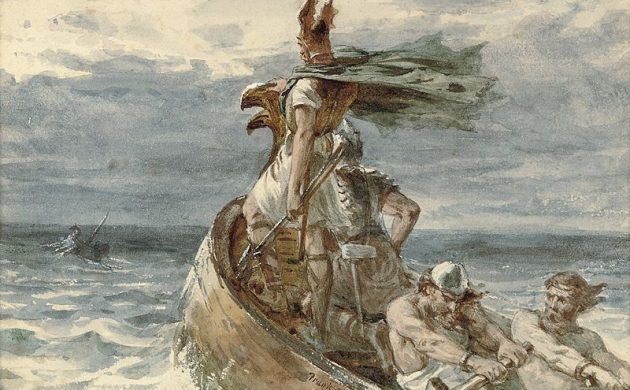 Just 49 percent of Danes would take an interesting job abroad, according to the latest Randstad Workmonitor survey, making it the worst performing nation.

Fellow Scandinavian countries Norway (63) and Sweden (65), and even the travel-shy US (66), fared better. The global average was 69 percent.

Poor partner support
“It requires your partner to prioritise his or her career lower than yours – at least for a period. And that can be a major challenge,” commented Randstad human resources director Tine Ryg Cebrian.

“And missing out on the good and safe education system in Denmark is probably a factor too.”

There was one category in which the Danes finished above the global average: their love of their country over their career. Some 61 percent would rather switch careers than emigrate (54).

Environmental conviction
Perhaps surprisingly for such a big cycling nation, only 50 percent of Danes want to work within walking or cycling distance from their home (68) – the second lowest of the 34 countries.

Their strong environmental conviction came through in the finding that only 37 percent want to be able to travel internationally for their work (58).

Anywhere but Sweden
If they were forced to work abroad, the Danes would prefer to work in Norway, the US and Germany.

The Norwegians chose Denmark, Sweden and the UK, while Sweden opted for Norway, Denmark and the UK, suggesting the Danes don’t overly like the prospect of working in Sweden and, unlike their Scandinavian cousins, prefer the idea of pursuing a career among the Americans over the Brits.

Novozymes CEO quits
Danish biotech company Novozymes has decided to replace Peder Holk Nielsen, its CEO, following a series of annual result downgrades. He will officially depart next year. The poor prospects have resulted in Novozymes laying off 330 workers, of whom 123 are based in Denmark.

Rekom the biggest
Rekom Group now owns over 100 bars and nightclubs in the Nordic countries, making it the region’s largest operator. It recently acquired a total of 18 bars including the nightclub network NOX, and it has doubled its annual revenue since 2015 to 573 million kroner.

Paper prototypes
During the C40 World Mayors Summit, Carlsberg unveiled two new prototypes of the Green Fibre Bottle, which is recyclable and sustainably produced using a PEF polymer film barrier that enables the vessel to contain beer. Together with the likes of Coca-Cola and L’Oréal, it is forming a ‘paper bottle community’.

AmCham amour for Amgen
US biopharmaceutical company Amgen has been named ‘Foreign Company of the Year’ by the American Chamber of Commerce. According to AmCham, foreign companies investing in Denmark comprise only 1.2 percent of the private sector companies, but generate more than 20 percent of the jobs.

Second best gender gap
According to job solutions website AppJobs, the gender pay gap for self-employed people in Denmark is among the lowest in the world. The results, based on OECD figures, revealed that self-employed women in Denmark earn 7 percent less than their male counterparts – good enough for second place overall behind Estonia.

Pension pharma palaver
Danish pension firms are under fire for investing heavily in pharma companies blamed for fuelling the ongoing opioid crisis that has cost the lives of hundreds of thousands of people over the last decade in the US. All but one of the 16 biggest pension firms in Denmark have invested in Johnson & Johnson, which has been found liable in several states.

Novo number two
While Maersk remains the biggest Danish company with a net turnover of 246 billion kroner, according to Børsen’s annual list of the top 1,000, Novo Nordisk (111.8) has stormed past Danske Bank (97.5) to take second place. In related news, Novo recently oversaw the world’s first insulin delivery by drone.

Climate hits housing
Housing prices are falling as a result of climate change, according to Kristian K Kjeldsen, a researcher at GEUS, the national geological survey for Denmark and Greenland. Property in areas affected by major flooding and generally rising water levels have seen a downturn, he claims.

Lots of lay-offs expected
Both Nordea and Ørsted have confirmed that they will be laying off staff to cut costs over the next year. Nordea aims to reduce its costs by 5.1-6.0 billion kroner and also relocate 20 percent of its employees, while Ørsted wants to save 500-600 million every year until 2022, estimating that half the savings can be achieved through redundancies.

Pickled pink
Pig farmers across Denmark are happy as the price of pork, 12.80 kroner per kilo, is at its highest since 2001, thanks to a low global supply and outbreaks of swine fever in Africa and Asia. Demand is also high due to the forthcoming Chinese New Year celebrations at the end of January.

Still competitive
Denmark has been ranked tenth for global competitiveness by the World Economic Forum. Denmark fared well for economic stability, a flexible and adaptable labour market, and good access to well-educated labour. Singapore displaced the United States to go top, followed by Hong Kong and the Netherlands. Meanwhile, Sweden has edged up a place to eighth.

Bank facing more woes
Danske Bank is facing a second wave of lawsuits filed on behalf of institutional investors, taking the total number of plaintiffs to 232, and represented countries to 22. The New York-driven claims are seeking compensation of around 800 million dollars. In related news, the Estonian government has consulted NY lawyers about also seeking compensation.

Startup slip
Denmark has fallen nine places to 16th in the Startup Ecosystem Rankings compiled by Startup Blink, slipping behind Sweden (7) and Finland (12), but well ahead of Norway (46) and Iceland (58). The top four – the US, the UK, Canada and Israel – were unchanged from 2017. Copenhagen, meanwhile, fell two places to 73rd, well clear of Aarhus (220) and Odense (682).