On April 12 at 21:00, tune in live onto Ray Weaver’s Facebook page for a free concert (donations welcome to Embolc mental health foundation). With no church to go this Easter Sunday, where better to worship than that altar of Ray, the celebrated American pub singer, who is again teaming up with his daughter Savannah to wow online listeners
April 9th, 2020 12:00 pm| by Ray Weaver

We hear it every day. On social media or during quick trips to the shops. Someone is bound to say something like: “Really, does anybody know anyone personally who has had this Coronavirus?”

“It’s just a mild flu. This lockdown stuff is overkill. Nature will sort it out.”

Well, I know someone that has had – and survived – Covid 19: myself and my entire family.

And in my case, and the case of my son Justin, it was far, far worse than any flu you can imagine.

I’m a musician and had my annual St Patrick’s Day tour booked for the East Coast of the US for most of March. I checked the news reports in Denmark and checked with the venue owners in the US to see if they thought we should go ahead. Everyone agreed that the news coming out of the US at the time was not that critical. A handful of cases, way over on the West Coast and easily managed – this according to President Trump.

So, despite the nagging feeling in my gut, I flew to the states from Denmark to DC on March 10 and started what was to be a three-week tour.

Fear of not flying
Six days later, it was over. As the wildfire of the virus continued to spread around the world and the doors were starting to be locked from country to country, I decided to get myself back to Denmark while it was still possible. The news was getting more and more grim, my anxiety was rising, and the fear of being trapped away from my family while things spiralled out of control was very real.

I left DC for New York on March 16 and grabbed one of the few flights still going from the US to Copenhagen. I was never happier to have my Danish residency card in my wallet.

I had suffered no symptoms of the virus while I was in the US. None. I went to the gym everyday and played my shows every night up until the 15th. I was fine. I didn’t cancel because I was ill – I could just see what a shit show the whole thing had become.

The first inkling I might be ill came after my wife picked me up at Kastrup. I felt a little feverish, a bit tired and generally uncomfortable. I wrote it off as jet-lag.

A bit later that morning I tried to walk my dog and was hit by a bout of chills that let me know that I indeed had a fever. A very high fever.

Fever
There was no need to ask what I thought I might have. The fever began to burn me up, muscle aches wracked my body and I experienced the most intense nausea I have ever known. I could not eat or drink, but my body attempted to vomit at least once an hour.

I contacted my GP via email, and he got back within the hour via a video call.

“Do you think you have the Coronavirus?”

“I don’t know, but I have never felt anything like this before.”

The horror stories of people going into hospitals in Italy, Spain and other countries with no chance to see their families until they recovered or died petrified me.

“If they can’t really help me, I don’t want to go to the hospital.”

“Let’s give it a day. If you don’t feel any better, I’m going to schedule you for a test for the virus.”

He didn’t wait a day. I think the way I looked on the video call scared him enough to schedule a test within a few hours.

Triage
Even though we had been distancing ourselves since I started to feel sick, my wife drove me to Hillerød Hospital. I could not have driven myself.

We sat in the parking lot until a nurse in full PPE gestured for me to come into the building. Alone, of course.

There was a tent in the parking lot that also served as a waiting room for those being examined or tested.

This corner of the hospital, away from the rest of the building, was for those suspected of having the virus.

The nurse pointed to a chair in the middle of an otherwise empty room and asked me about my symptoms and how I was feeling, before taking my temperature. She said the doctor would be in as soon as possible, but it could be a long wait.

It was actually only about 15 minutes until another healthcare worker, either a doctor or a nurse, was standing in the doorway and said: “We are not going to test you yet, since your do not have the extreme respiratory distress.” Then she stopped, looked at my records and said: “Oh, you have an underlying condition. I think I’ll test you anyway.”

It involved a long cotton swab being placed down the back of my throat and then I was led out by security to my car.

“We’ll know by tomorrow and call you.”

Fear the Reaper
But I already knew. From the look of concern visible in the tiny slivers of the eyes I could see behind all of the protective gear, I knew. The call the next day only confirmed that I had the virus, that there was of course no cure or treatment and all I could do was make myself as comfortable as possible, take fever reducers, rest and ride it out.

During the next many days – I don’t really know how many – my fever spiked to levels that caused me to hallucinate on a daily basis. I lost 10 kilos in eight days. The fever would break in the night and I’d wake up in sheets soaked with sweat. My wife would strip the bed and try to get some fresh bedclothes on.

There is no respite from the symptoms. With regular flu, you can take something that fights the illness, or the symptoms at least dissipate.

There was no relief.

I could not eat or drink. I had no sense of time. Music played in my head – even when I had none on. Three or four days after the hospital trip I was convinced my time was about up. I was tired, scared and simply had no fight left in me. My wife, who never lost hope, was still fearful enough to have two friends stand outside the door of our house and witness my signature on my last will and testament. I don’t remember signing it.

Recovery
Then, ever so slowly, I’d have an hour or so where I didn’t feel I was being consumed by the fever. Then maybe two hours. I stopped taking fever reducers to see if it was them giving me a break, or if the virus was really letting me go.

I survived. I’ve been symptom-free for nearly a week now. I have no energy, cannot really do much past walk my dog and play a few songs on my guitar, but I lived.

Of course, as much as we tried to social distance ourselves inside our home, both my wife and my children wound up getting the Coronavirus as well.

My son had a battle nearly as tough as my own, while my wife and daughter had a milder version. Still miserable, but shorter and less intense.

This experience will affect my life for some time to come. I have always taken great pride in being excellent physical shape for a 64-year-old man, but my body is pretty much destroyed at the moment. I don’t know if I’ll ever get my health back to pre-Covid 19 levels.

This is no joke. The conspiracy nuts and those that walk around the shops, ignoring the social distancing rules, letting their kids run around like it’s just another day, are putting themselves, and, perhaps more importantly, other people at risk. 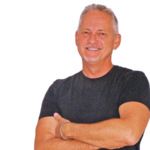 Our former journalist Ray Weaver has been living here for most of the past 25 years. Originally a member of the ‘Guinness pipeline’ – that group of expats who make a living annoying the punters at the nation’s many Anglo-themed pubs – he also writes songs, stories and anything else that earns a crust.