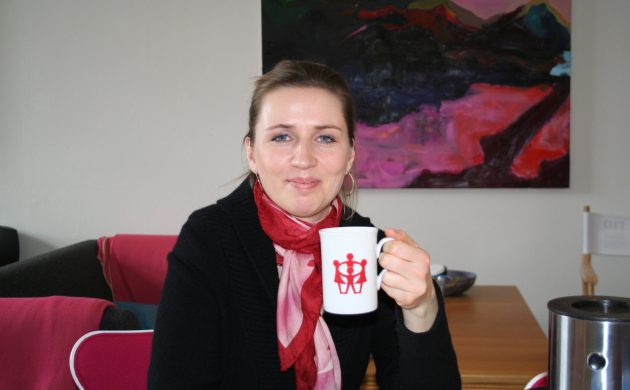 Mette Frederiksen has been hailed for her approach to leadership (photo: Flickr/Jakob Horn)
April 15th, 2020 9:11 am| by Ben Hamilton

Mette Frederiksen is one of seven world leaders singled out for praise by Forbes for their handling of the coronavirus crisis.

So what does Frederiksen and the leaders of Germany, Iceland, Finland, Norway, Taiwan and New Zealand have in common? They’re all women!

“This pandemic is revealing that women have what it takes when the heat rises in our houses of state,” contended the article.

“These leaders are gifting us an attractive alternative way of wielding power. What are they teaching us?”

Keeping the children confirmed
Frederiksen, along with her Norwegian counterpart Erna Solberg, has been specifically praised for her approach to her nation’s children.

“The originality and obviousness of the idea takes one’s breath away. How many other simple, humane innovations would more female leadership unleash?” purred Forbes.

“It’s like their arms are coming out of their videos to hold you close in a heart-felt and loving embrace. Now, compare these leaders and stories with the strongmen using the crisis to accelerate a terrifying trifecta of authoritarianism: blame ‘others’, capture-the-judiciary, demonise-the-journalists, and blanket their country in I-will-never-retire darkness.”

Proof that the ‘Tiger King’ series is more popular in Denmark than most
You’d be forgiven for thinking everyone in Denmark has binged through the Netflix series ‘Tiger King’ over the lockdown period, and now here’s the proof. ‘I saw a Tiger’, a music track credited to its central character, Joe Exotic, has been downloaded countless times in Denmark since its release on Spotify on March 30. Per capita out of the 79 Spotify markets, Denmark is the single’s most popular territory. Listeners aged 30-34 are apparently the most likely to download the track, which was written and performed by the Clinton Johnson Band.

Turkish journalist moved to safe house – report
A Turkish journalist based in Denmark, has been moved to a safe house by the Danish intelligence services over concerns there is a plot to kill him, reports Nordic Monitor. It is claimed the Turkish Embassy in Copenhagen has been monitoring the activities of Hasan Cücük, who is a critic of his country’s government, and filed several reports with its Foreign Ministry, detailing his support for the Gülen movement and his association with the Danish-based Moving Media media outlet.

Denmark gives emergency aid to Italy
After some consideration, the government last week decided to offer emergency aid to Italy, which on April 1 made an official request for help. As well as an unconfirmed number of ventilators, the Danish Emergency Management Agency will establish an unmanned field hospital. Additionally, Denmark has made a donation of 1 million kroner to the Italian Red Cross. Denmark maintained that its aid is not rash and that it will “not take chances with the health of the Danes or the capacity of the Danish healthcare system”.

800 Danes still stranded abroad, but number falling
Fewer than a thousand Danes remain stranded abroad now. Since April 5, around 500 have managed to return home, according to the Foreign Ministry, leaving the stranded figure at around 800. It would appear that quite a few of the stranded are in Pakistan and India.

Overseas study outlines the perils of being in a stripstream
The findings of a Belgian-Dutch study are being shared widely, as they point out the dangers of getting in a jogger or cyclist’s slipstream, and how the Danish government’s official advice to maintain a two-metre distance may be way off mark. According to the study carried out by universities in Leuven and Eindhoven, a coughing coronavirus carrier could potentially infect a fellow cyclist travelling within 20 metres, providing they are pretty much directly behind and going at a high speed. At a moderate pace, for example running speed, the distance would be ten metres, and at a slow speed, walking for example, four to five metres. Travelling side-by-side, in fact, is less risky, the study concludes, than following directly behind someone.