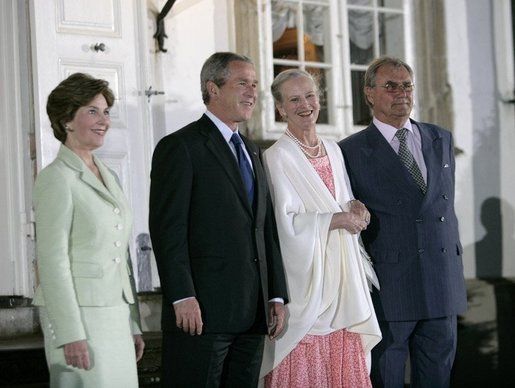 A revered polyglot, renowned artist, out-of-the-box thinker and loving grandmother. She’s also the commander-in-chief of the Danish Defence Forces and supreme authority of the Church of Denmark. Margrethe Alexandrine Þórhildur Ingrid – or as she is known officially, Queen Margrethe II, Queen of Denmark – is much loved by the Danish people.

This April marked a special birthday for the Queen, as she turned 80 on April 16 – unfortunately without the pomp and splendour of the numerous festivities planned for the occasion, which were mostly cancelled due to the coronavirus crisis.

The Queen herself called them off in a rare broadcast on March 17 when she encouraged her subjects to pay attention to each other and follow the government’s safety directions. Outside her traditional New Year’s Eve broadcasts, she largely remains quiet on all matters of current affairs in Denmark. But when she speaks, they listen!

Nevertheless, the Danish people  still managed to celebrate her birthday. Hundreds of thousands gathered on balconies, street corners and from windows, in strict adherence with the safety rules of course, to wave their Danish flags, sing and wish her a happy day.

Born just a week after the Nazi invasion of Denmark in 1940, Margrethe was the eldest of the three daughters of the future king, Frederik IX, and Ingrid, a Swedish princess and great-granddaughter of Queen Victoria who died in 2000 aged 90. However, at that time Margrethe was excluded from the line of succession due to her being female.

A queen is born

It was on 15 January 1972 when the then prime minister, Jens-Otto Krag, proclaimed the new Queen from the balcony of Amalienborg Palace overlooking a packed Christiansborg Square after the death of the king. “King Frederik IX is dead! Long live Queen Margrethe II!” he announced.

Since then she has sadly become a widow. She met the French diplomat and nobleman Count Henri de Laboured de Monpezat whilst studying at the London School of Economics in 1965.

Most Danes will be aware that the queen has designed the sets and costumes for no fewer than eight Tivoli ballet productions – the latest being ‘The Snow Queen’, which was staged in 2018 and 2019 in collaboration with singer Oh Land.

When Queen Margrethe II turns 80 on April 16, Danes will take to their balconies, backyards and windows, or wherever they can sing loud at noon precisely to sing her Happy Birthday. A million people have already signed up on Facebook for this initiative, which has been organised by Kim Bruhn and the musical group Danmark Synger. As part of the initiative, the symphony orchestra Copenhagen Phil is also playing four songs. Although the queen has cancelled her series of planned birthday celebrations and gatherings due to the ongoing lockdown, this should be a beautiful gift. (NG)