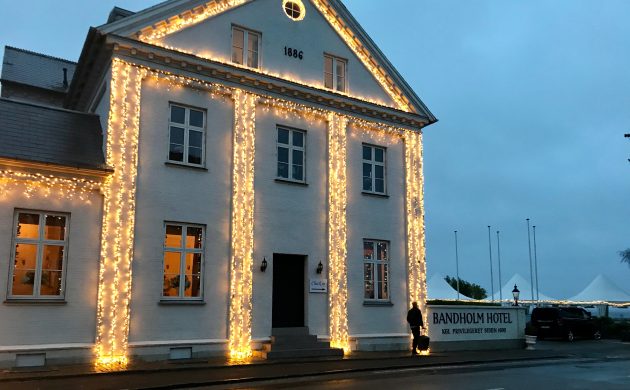 The enduring popularity of TV2 series ‘Badehotellet’ reminds the nation of how much they loved to be beside the seaside in more innocent times.

Long before the days of Spies package tours, Danish families would aspire to spend a few days at a jolly coastal hotel – like the Marienlyst Strandhotel in Helsingør, for example.

And when Svinkløv Badehotel burned down recently – it was like the nation had lost a favourite aunt, such is their affection for the coastal buildings.

It’s almost as if there’s a collective nostalgia in Denmark, regardless of whether you personally experienced it.

Sun’s always shining
Walking through the various dining and lounge areas of the Bandholm Hotel in darkest winter made me feel like the caretaker in ‘The Shining’.

On every wall, photographs told of a thousand occasions – faces from a multitude of eras stared back and for an eerie second or two I sensed I had company.

Off-season hotels are in this way haunted by their other half: the summery, warmer version when conversely they’re just as empty during the day but bursting with life in the morning and evening.

Located on the island of Lolland a 90-minute drive south of the capital, it’s the ideal weekend away break – regardless of the season.

On the occasion of our visit, the rain was lashing down, and high winds were racing across the waters of Lindholm Dyb – it was positively bracing.

For a businessperson wanting to escape the big smoke for some respite or an author seeking inspiration for their next book, it’s a wonderful way to recharge.

Cosy like Christie
Entering Bandholm Hotel was like opening the portal to another world – a smaller version of Bertram’s Hotel, if you’re familiar with the Agatha Christie novel.

Bertram’s, like Bandholm, longs for a past that might not have even existed – and everything about the check-in had a yesteryear vibe, as the cheery, wise-cracking receptionist welcomed us in (his Irish counterpart in Christie’s novel is swiftly murdered, I recall).

From the creaky floors, to the ornamental lamps on bedside tables not built into walls, to the physical room key – even the Great Northern in Twin Peaks uses cards these days – it’s pure escapism.

And with the wind whistling Wagner outside, it was hard to resist the urge for a pre-dinner nap. Besides, we had reservations at nearby Bandholm Wellness.

Just over half a kilometre’s walk from the hotel, the health centre is like a Buddhist temple, and our hosts for the night, Naomi and Eric, while not priests, had Xen-like temperaments and hand skills to match.

Following a relaxing spa, it was time for a massage, as strong hands brought relief to weary muscles and urban-life hyper-tension. Eric the Viking (did I mention he had big, powerful hands?) is particularly knowledgeable about the human body, and the available services are accordingly varied, offering both therapeutic and clinical options. 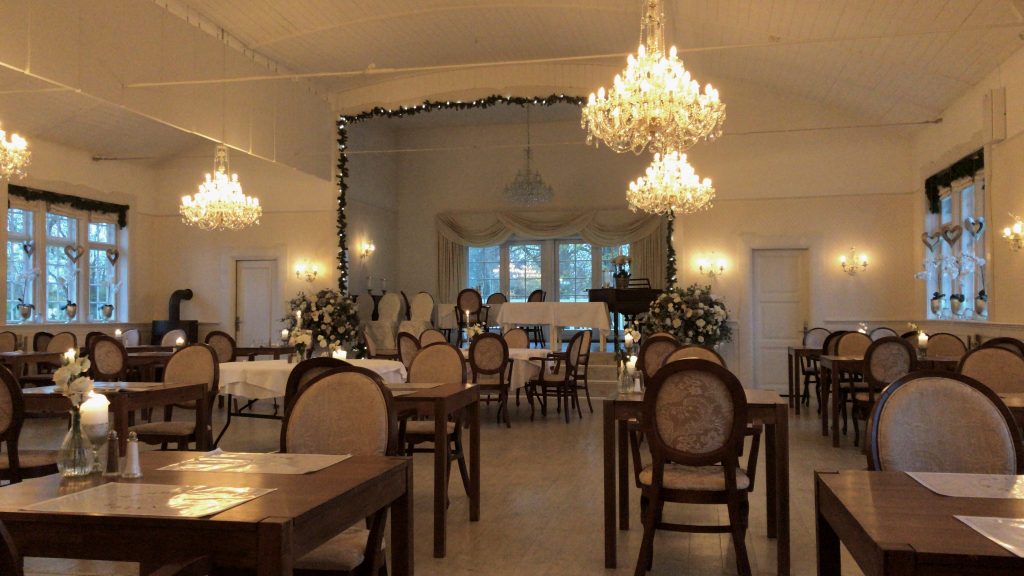 Any suggestion the dining room might be a bit empty on this rainy night were immediately quelled as we took our seats at a charming table by the window.
Ambience levels were at a high, not least thanks to a family enjoying a birthday party on the adjoining table – and the sommelier got off to a splendid start by serving us a splendid 2008 champagne.

In fact he didn’t put a foot wrong all night. Every dish, in a sense, was a marriage of two sauces as the wine pairings beautifully accentuated the rich flavours of the food on our palates.

From the light, foamy delight of the lobster and pumpkin (it was that time of year!) soup to the drippings that accompanied the confit of chicken, it’s hard to recall a meal that brought so many intense flavours.

Breakfast bliss
Breakfast the next day, as we woke up to panoramic, wind-swept, ocean expanses, was another memorable affair.

Everything was homemade! From the hazelnut chocolate spread to the delicate pastries and enormous chunks of granola, we had the sense of a higher being looking over us as if the food itself was charmed.

There was barely anyone else with us to enjoy the feast – maybe they’d set off earlier for a day at the nearby Knuthenborg safaripark – but it was with great contentment that we appreciated the solitude.

Soon we would be back in the bright lights of the city, courtesy of our affordable car rental (GoMore), but the memories of our night at Bandholm will live long in the memory.

So thank you, Cheeky Check-in Chappy, so long, Sommelier Smarty-Pants Saucerer, cheerio Eric the Viking, and here’s to you, the gods of nature, for ensuring it was an unforgettable experience. 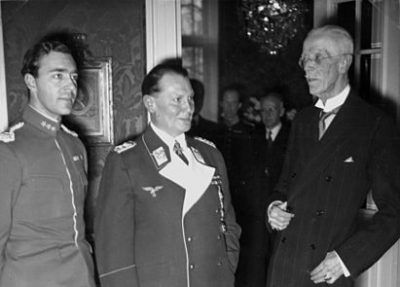