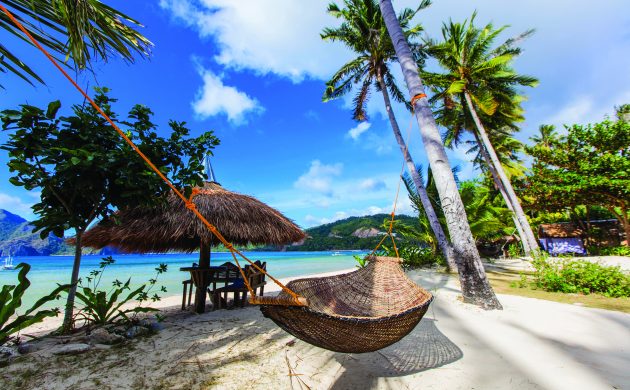 With 36,289 km of shore comprising the world’s sixth longest coastline, the Philippines were always going to have some stunning beaches.

But few countries can claim to have such a majestic variety, as the fine sand comes in a wide range of different shades.

Tricky to choose
Selecting the best beaches the country has to offer can be tricky, particularly as travellers are continuing to discover quiet islands without the hype of, say, Boracay.

For holiday-goers in the Philippines the beaches offer so much more than just a tan, as they are bristling with food, music and romance.

Not as many as the white ones, however, the scenery of pinkish hue sand shores and cyan waters, is definitely rewarding. 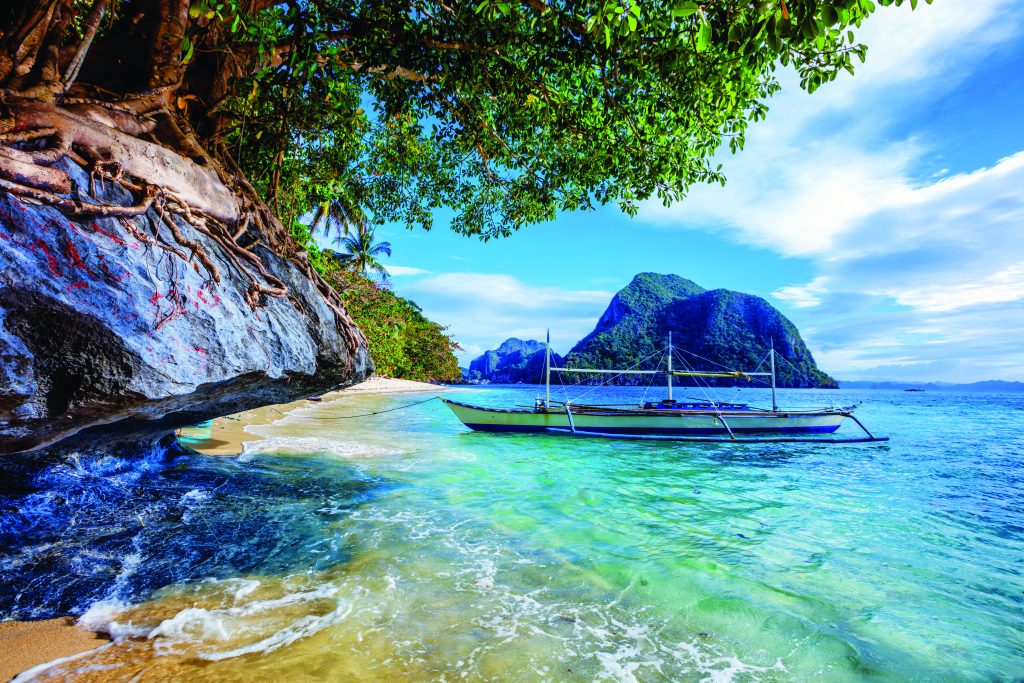 Candy-coloured beaches
Particles of crushed deep red coral washed ashore during the monsoon season mixed with white sand create spectacular shades of pink on many of the country’s beaches. The well-known Santa Cruz, covered in pink sand and green clear water, was recently included among the 21 best beaches in the world by National Geographic. To preserve the area, it’s day-trips only from nearby Zamboanga. Pretty Sila Island, complete with pink beaches and ide forested areas, can be found along the coast of Northern Samar. Visit Subic Laki (Subic Big Beach) and Subic Liit (Subic Small Beach) in Matnog, Sorsogon, along with nearby Tikling Island (105-minute flight from Manila). And the seven-hour journey from the capital (two by flight, five by road) is worth it to sample the pink sands of Parola Beach in Cape San Agustin.

Re-enacting ‘The Blue Lagoon’?
Located in the northern part of Palawan island, El Nido is known for powdery white sand beaches such as Nacpan and Calitang. It’s the perfect spot for island-hopping to emerald-like tiny islands such as Miniloc island, which is famed for its diamond blue lagoons. If you want to enjoy fine beaches and awesome sunsets away from the crowds, book a direct 80-minute flight from the country’s capital to El Nido. 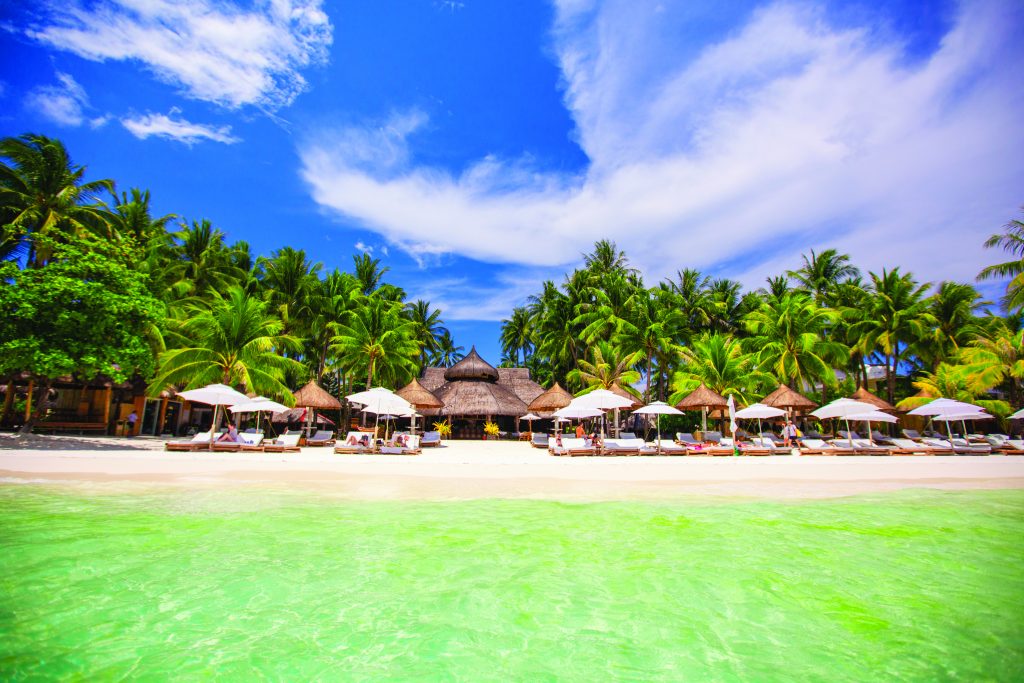 How long can you survive for?
White sand beaches, tranquil lakes, deep caves and coves teaming with rich marine life marked out the Caramoan islands as a paradise long before it hosted the internationally-known reality TV series ‘Survivor’. The cluster of islands located in Camarines Sur, at the tip of the Caramoan Peninsula in the Bicol region of the Philippine archipelago, possesses an array of natural wonders like no other. Enjoy the serenity of nature found on these uninhabited islands, which lie next to one another, easily accessible via boat, filled with wildlife, fine powder beaches and wild fruits.

Where the ocean meets the sea
Between the Bashi and Balintang channels, at the point where the Pacific Ocean converges with the China Sea, lies a cluster of ten islands called Batanes. Located in the northernmost part of the Philippines, only three of them are permanently inhabited. Landscapes feature majestic lofty cliffs, rolling hills, boulder-lined shores and deep canyons. This distinctive scenery can be reached by catching a two-hour daily flight from the capital. 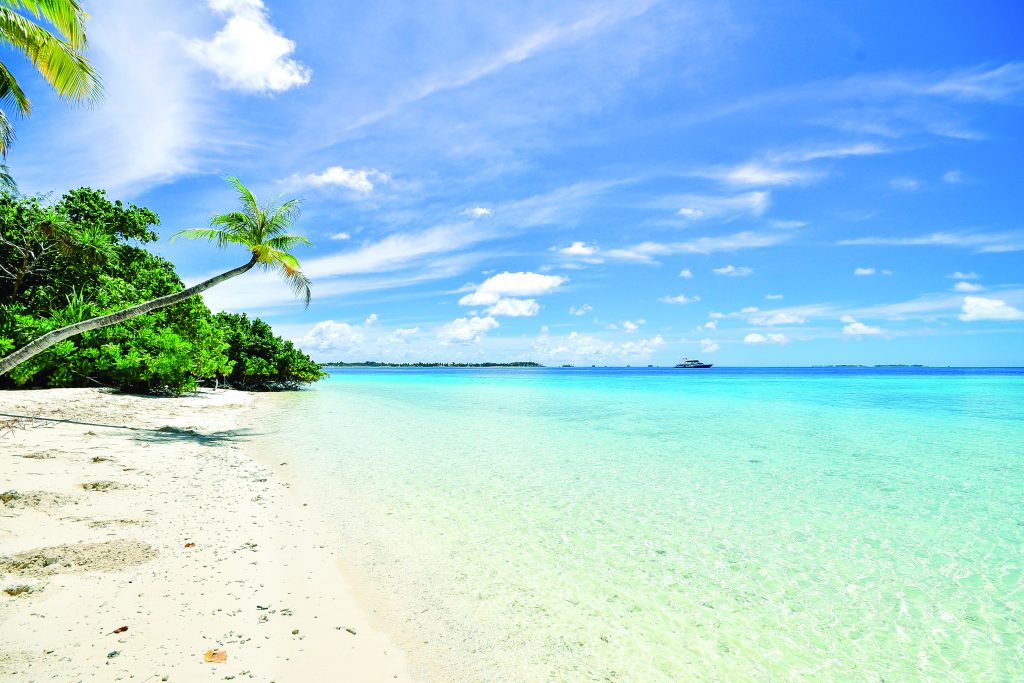 Butterflies and magic potions
Siquijor is the third smallest island in the country, placed in the central Visayas, southeast from Cebu and Negros and southwest from Bohol. As the home of some of the biggest butterflies in Asia and several magic potions, this idyllic island is pure magic, boasting a 102 km coastline brimming with white sand beaches.

Emerald green beaches
If you are charmed by the worldwide famous Boracay, Sipalay is Boracay 30 years ago. Located in the province of Negros Oriental, Silapay enchants its visitors with emerald green beaches. The unspoilt area can be reached by an 85-minute flight from Manila to Dumaguete and then a four-hour bus ride to Sipalay. 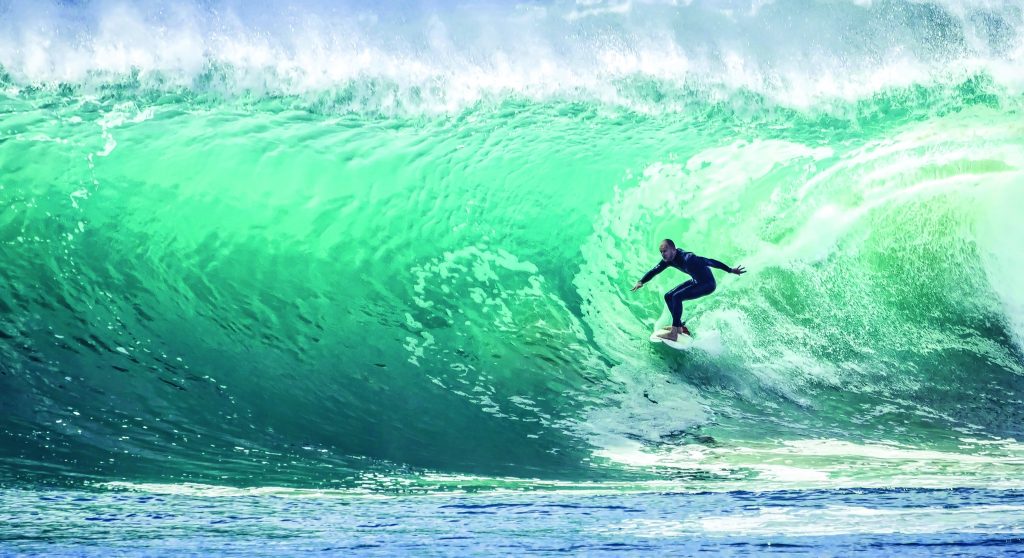 Facing the Pacific Ocean with strong offshore winds, the Philippines has emerged as a top destination for surfers.

After all, it consists of 7,641 islands, and many are packed with white sand beaches and crisp turquoise waters facing strong winds that create ideal swells for beginners and advanced surfers.

Best of the crests
Want to catch some of the most impressive waves on the planet?

Surf’s up, dude! Here is the surfers’ guide to the Philippines.

Where Francis lost his board
“Charlie don’t surf” is one of the memorable lines from Francis Ford Coppola’s movie ‘Apocalypse Now’ filmed in Baler. Once they had finished filming the scene, the crew left the surfboards behind and they were picked by the locals and used on the renowned strong waves of Baler. No-one imagined at that time that this movie scene would spark the surf culture of the Philippines. But today this is the place where two of the country’s top surfing spots are located: Sabang Beach and Cemento Beach. If you are a tiny wave surfer, then the first one is perfect because its soft sand will make your spills and wipeouts easier. Nevertheless, the waves often reach a height of 2.7 metres. The small town of Baler is a six-hour drive from Manila and guarantees fantastic waves from October to April.

Permanently on Cloud 9
The perfect wave was found here in the late 1980s. Named ‘Cloud 9’ after a local chocolate bar by a passing US photographer, the reef wave is globally recognised for its thick, hollow tubes reaching a height of 20 feet – especially during August and September. On its way to becoming the country’s top spot, Siargao regularly hosted international surfing competitions, such as the Cloud 9 Surfing Cup. In addition to Cloud 9, there are also many other breaks north of the town, including Tuason Point, Ventura, Tuesday Rock, and Pilar Point. There are two flights per day directly from Manila to Siargao, meaning its world-class waves are just 150 minutes away from Manila.

No skimming on the surf
Break the waves at Dahican Beach in Mati City. Situated in the south of the Philippines, it is often referred to as a skimboarding and surfing capital in respect of its 7 km stretch of open beaches, fine sand and powerful waves. Mati can be reached from Manila and Cebu by taking any of the daily scheduled airline flights to Davao City. From Davao City, Mati is accessible via a three-hour road trip. 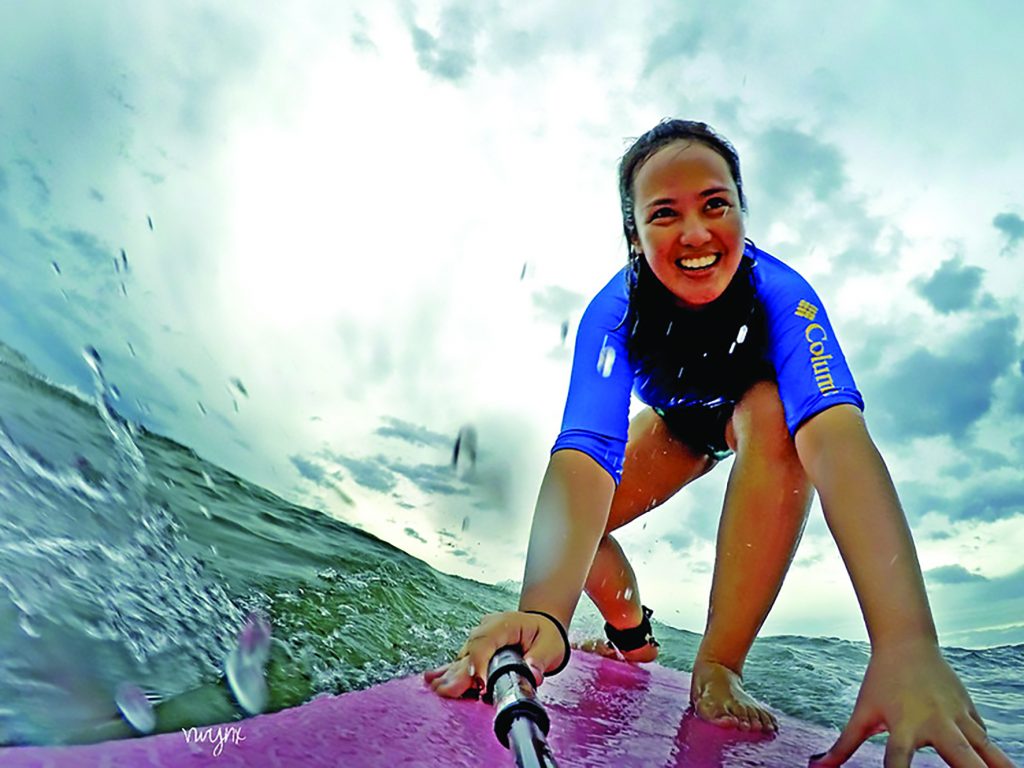 Where the peace pipe is mandatory
Known as the surfing capital of the north, La Union is a peaceful town where locals surf San Juan’s beach break, the Bowl and Mona Liza Point. Together with Bacnotan, they are a short ride from San Juan Beach. This is also the spot where many beginners take to the waves for the first time. La Union has some of the most affordable surf schools in the country and it welcomes both beginners (from October to March) and advanced surfers (in December and January). Easily accessible from Manila via a four-hour drive.

Short-boarder dreams are made of these
Lanuza Bay in Cantilan is a coastal town in Mindanao located in the province of Surigao del Sur. Known as a surfing destination with great beach break waves of the likes of Doot Poktoy, Punta, and Sitio Badiang are ideal for long-boarders. The reef breaks are known to produce the kind of barrels that most short-boarders can only dream of. The surfing season tends to take place between November and March. It’s only a one-hour flight from Manila to Surigao del Sur

Where sun-stroked surfers get stoked
Surfers expect to get stoked here! Facing the West Philippine Sea, Zambales has a number of surf spots along its coast, and the town of San Narciso is home to a good variety of them. Centro, Forestry, Crystal, Lahar, and P-5 are all found next to one another. The sandy bottoms make them relatively open to all levels, depending on the height of the waves and the wind conditions. An easy getaway, Zambales is only a three-hour drive from Manila.