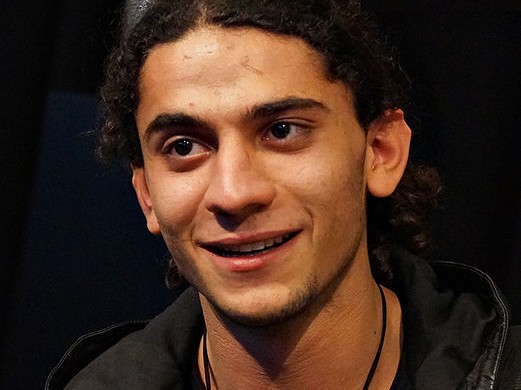 The oft-quoted “No parent should ever have to bury their child” springs to mind reading the tribute of Denmark’s oldest sage paying his respects to his country’s youngest, the poet Yahya Hassan, who last week died at the age of 24.

Make no mistake: the writer, journalist and film-maker Jørgen Leth, 82, knows a thing about talent, and he is in no doubt that Denmark has lost one of its finest ever writers.

Raised in the notorious neighbourhood of Aarhus V, Hassan infused his tough upbringing into his poetry. According to Leth, he had a “unique voice”.

“A huge loss”
“It hurts me so much. It’s sad, it’s terrible, it’s a huge loss – a huge loss,” he told DR, referring to how the “irreplaceable” young Danish poet of Palestinian descent had maintained his talent following his “huge breakthrough” in 2013.

Hassan followed up on his bestselling debut, ‘Yahya Hassan’, with another collection in 2019, and Leth is in no doubt that he had a special talent – both as a writer and orator.

“No-one who can replace him”
“I am a great admirer of him because he was a unique figure with an original voice. He brought fresh air into Danish literature. And he was also very brave: the way he exposed himself. We all know that. He had so many opponents,” commented Leth.

“He is a very important figure in Danish poetry today. There is no-one who looks like him, and no-one who can replace him. I think many people are deeply affected by this. I’m sorry that he was fooled by so many, because he was a very sensitive man with a huge talent. It’s something we rarely see: a huge talent.”

After springing to fame seven years ago, Hassan had a mostly troubled adulthood in which controversy and occasional tended to follow his every move. In 2015, he was sent to prison for shooting a 17-year-old in the leg.

Listening to him was a “unique experience”
The pair worked together on various projects, including Leth’s recent film about Danish literature, and the older man found the poet to be “charming” and “friendly”.

Listening to him perform, Leth noted, was a “unique experience” and “absolutely superb” – almost “overwhelmingly strong”.

“You get totally blown away … you couldn’t help but be torn by it, it was a unique experience,” concluded Leth. “He was simply a brilliant performer. We will miss that in the future.”