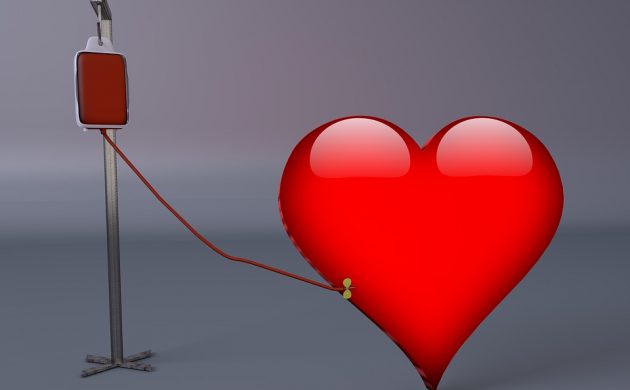 The needy will be happy because lots of blood has been donated, but not everyone is happy! (photo: Pixabay)
May 4th, 2020 2:32 pm| by Ben Hamilton

More people are donating blood – very possibly because they’re getting a coronavirus test thrown into the bargain, reports TV2.

The test does not check for the presence of the virus, but instead antibodies, thus giving many people a chance to find out whether they have indeed had the virus but shaken it off with relatively few symptoms.

Copenhagen’s biggest blood bank is connected to Rigshospitalet, and the hospital has reported a surge in interest since announcing the antibody test on April 4 – to the extent that its almost empty bank is full again.

That other guy: he’s worth two of you
The man in charge of the blood bank, Professor Morten Bagge Hansen from the hospital’s Department of Clinical Medicine, is not impressed, however, with his words echoing that of a priest with a full house on Christmas Day.

“We’ve been under more pressure due to the tests,” he told TV2.

“There are many who come for the sole purpose of getting an antibody test, and we don’t really need them. If you only sign up for a Coke, a bag of crisps and a coronavirus immunity status, then you’re not worth as much as those who come earnestly. It is better that you come because you want to do a good deed.”

Foreign Ministry confirms that 902 Danes remain stranded abroad
Some 902 Danes remain stranded abroad, according to the latest figures from the Foreign Ministry, which reports that its options to bring them back are becoming increasingly more narrow. Since the crisis started, the ministry has assisted in helping  5,404 Danes return home, and since March 27 the number on the list has fallen from 2,367 to 902. In the last week, Danes have returned home from the likes of Morocco, Iraq, Colombia and Cyprus. Two countries, Pakistan (nearly 300) and India (around 150), account for over half of those stranded. Morocco, Argentina and Iraq complete the top five.  “Our efforts to bring Danes home are definitely not over,” Jeppe Kofod, the foreign minister, told DR. “The focus right now is on getting Danes aboard other countries’ special aircraft or directing them to seats on the few commercial aircraft that are still flying.”

How shedding jobs can hit your reputation, but not that much …
Vestas continues to be one of the country’s most respected major companies, despite recently laying off 400 workers – mostly in Denmark. It trails only Novozymes and Novo Nordisk in ratings compiled by Caliber of the C-25, the top 25 performing shares on the Copenhagen Stock Exchange, which are based on how much the Danish public like and trust the companies. Studies suggest companies derive 40 percent of their value from their reputation. However, Vestas’ rating did dip following the lay-offs, bringing to an end five months of continued advances. Another pharma company, Lundbeck, has seen the biggest rise recently – most probably due to its donations to coronavirus-related funds – while Jyske Bank has been one of the biggest fallers. It recently introduced negative interest rates, and banks are generally perceived to be doing little to help the country cope with the Coronavirus Crisis.

Number of anglers shooting up during Coronavirus Crisis
The number of people fishing in Denmark has exploded during the Coronavirus Crisis, reports TV2. Starved of other leisure activities to pursue, sales of fishing equipment have been sky-high, while the nation’s waterfront areas have been busier than ever, with thousands angling for the best spots. When Odense Hunting and Leisure stocks up on fishing equipment every March 1, it estimates that it takes a year to sell it all. But this year, it informs TV2, it has already sold out twice, as sales have quadrupled.

April figures confirm fewest new car sales for ten years
Car sales fell by 37 percent last month compared to April 2019. Not since February 2010, have there been fewer car registrations in a single month: 8,654 compared to 10,201 last month. Overall, car sales over the first four months have fallen by 28.4 percent compared to 2019: from 82,444 to 59,059. Nevertheless, De Danske Bilimportører reports an increase in interest – both at stores and online. And it has been good news for electric cars, for which registrations have shot up 76 percent to 2,512 over the first four months, even though sales fell by 18.6 percent in April. However, their total share of sales rose from 2.4 to 3.7 percent.