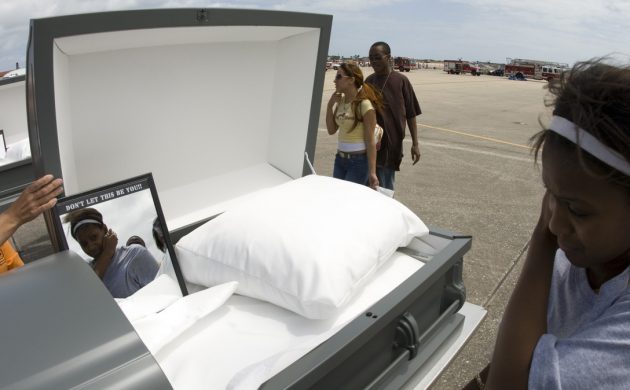 Or anybody else, you selfish murdering bastard (US Air Force photo/Master Sgt Jack Braden)
May 4th, 2020 6:00 pm| by Soma Biró

The kids are back in school, the hairdressers are clipping away and Danes can rest easy because they’ve been so good, so dygtige, and have shown so much samfundssind – thanks Mette, we get it.

But despite the usual self-satisfaction, Denmark is 14th on Statista’s list of corona-related deaths per million population – only four places behind the US, which is 10th on that same list. Some 82 people have died per 1 million residents in Denmark, which is only slightly lower than the 203 in the USA.

And don’t forget that the police had to issue a ban on staying at Islands Brygge a little over a week ago, after sighting irresponsibly large crowds in the area.

So it’s worth asking the question: have you killed anyone lately?

I don’t care Mom, I gotta go
Let’s go back to a train ride on April 9, the week before the government opened nurseries and partly some schools. During my commute to Copenhagen, I overheard a conversation:

A girl and a guy talked for a big chunk of the ride, sitting across from one another – of course less than two metres away – ready to meet a friend from what I gathered. She called her mother:

Mom was breaking up.

I couldn’t hear what Mom said over the phone.

“No? Okay, because for some reason, when I tried to top up the Rejsekort, it said payment was cancelled.”

“Yeah but I’m just meeting with a friend.”

“I know and that’s why I’m only ever meeting with three of my friends.”

She talked some more with Mom and, after she hung up, she said to her friend: “She’s so annoying, she just told me: ‘You should not be going out when the prime minister just told you to stay inside’ and all that.”

“Ahhh,” came the agreement from the guy sitting across from her.

“I know, right? She’s so irritating, I can’t stay inside all the time – I want to see my friend.”

I mean, I feel her, to be honest with you. I moved back with my folks last year, at 25, and it’s not like I never go ‘Fuck this shit, I’m outta here.’ Your parents get on your nerves, they push the buttons and keep their fingers on them, and – rightly so or not –  sometimes you’ve just had enough.

The fuck is going on?
So yeah, I was in similar shoes as girl-on-train: I could be making my phone interviews in my room, at home, instead of being in that carriage with her and her friend and many others.

It’s just more comfortable to do it somewhere my family is not talking in the other room, where they can’t hear me speak, and where I don’t have their presence lurking in the back of my mind.

Plus, there’s that mental distancing: I’d rather work in a room that doesn’t have my bed in it. Could I conduct an interview under such home-conditions nonetheless? Yes. Have I done it before and successfully? Yes. Yet, I packed my bag and left, took an hour-long train ride, got on the S-train before finally arriving at International House and the CPH POST headquarters.

Later, I heard them talk about songs and lyrics and Gucci Mane. And about how the girl’s conscription into the armed services starts a month later than it should’ve because of the virus.

Peer pressure
Another failure I had to record was the face mask: several times I bowed in the face of peer pressure. I had the mask in my bag the whole time during the above train ride – a mask similar to the highly-sought-after N95 – and I didn’t put it on … not once. I’m sure any New Yorker who just lost a loved one would spit in my face reading this. Though I already knew the right thing to do, and have done it before, I failed to do it on several occasions.

Still same train ride, there was only one (!) guy who had a face mask (cloth), travelling with a sister who didn’t.  And I think, but I’m not sure, that two girls getting off at Høje Taastrup were joking about coughing in the carriage where we, including the brother and sister, were sitting. They came from the part of the carriage with the masked guy and perhaps they thought the covering was too much. Perhaps they thought the guy was a bit ridiculous and this was how they ridiculed him – but I’m sure if anyone uttered a word of criticism about their hijabs, they’d go mental. 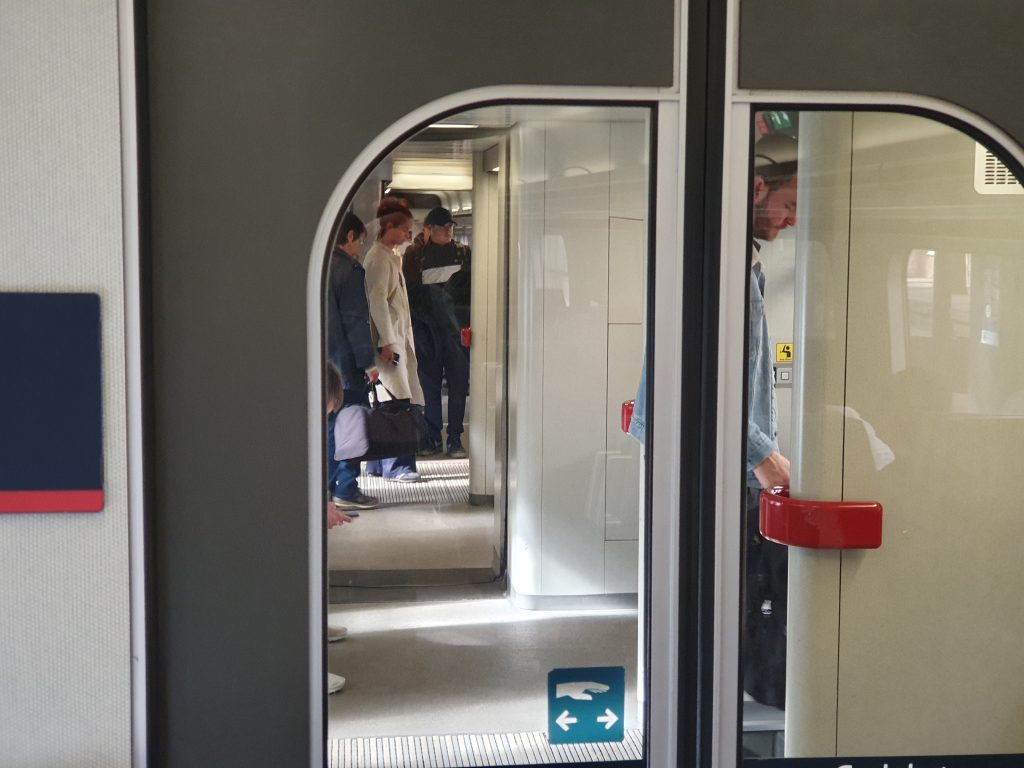 Not all that great
So no, Danes weren’t all that great at doing everything in their power to stop the virus from spreading. And now we’re seeing news story after news story about how people are increasingly forgetting to keep their distance, stay away from crowds or wash their hands a satisfactory number of times each day.

Thus, though we’ve heard the warnings a million times now (‘stay at home’ has become a cliché), it seems many of us don’t truly understand the situation yet. But the danger is still out there: your loved ones can still die. Many Italians didn’t understand it either until the shit hit the fan. And perhaps some of us won’t fathom it until we’re walking in the same shoes as residents of Lombardy, Madrid or New York. And maybe we won’t have to ever truly understand because that’s not going to happen – Denmark will sail through relatively unscathed like it did through two world wars.

An age of murderers
Because maybe your decision to go out today won’t skyrocket Denmark’s coronavirus numbers and maybe you don’t have the virus and maybe you won’t infect anybody, or maybe you’ll only add a few digits to the number of sick – maybe just one to the number of dead. And no-one will ever know that you killed Jonathan, a single parent of three.

And, the thing is that you will never know either. Your conscience will rest safely in the trenches of uncertainty because no-one will be able to trace it back to you. The virus passes by, following the flatter green curve, and who will know why Jonathan died? It’s the perfect murder – both you and your conscience get away with it.

In fact, many of us have probably become murderers by now. It’s easier than ever. No gun, no poison, no knife or cars needed. All you need to be is a little careless.

This time there won’t even be trials for war criminals, or should that be virus criminals (although Missouri is already suing China), because how many would be convicted? Boris Johnson would be, Trump would be, all of Nørrebro would be, and so would I, the girl-on-the-train and perhaps even you.

Sure, you don’t want to kill anybody. But you know you might.

All this might come off as overly didactic, but there is a powerful realisation beneath it, driving it towards publication: the very real possibility of hurting others. And maybe the closing statement will sound familiar but, really man, take all your counter-arguments (redundancy, exaggeration, radical thinking etc) and say it to someone whose mother, 49, drew her premature last breath with the help of a ventilator. I dare you fucker. Now put your mask on when you get on that bus – you might be carrying the virus. 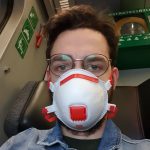 Soma Biró is a long-form journalist at CPH POST. By his standards, this is one of his shorter pieces.