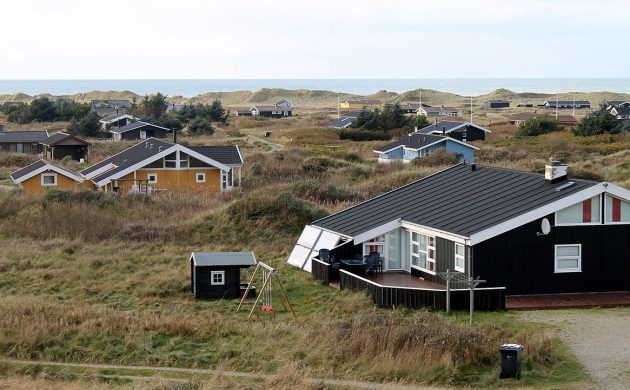 With more and more people conceding that they’ll be spending their summer holidays in Denmark this year, it’s no surprise to see there are fewer summerhouses for sale than at any other time in the past decade.

The number of available summerhouses has fallen by 26 percent since the beginning of May 2019, according to data from Boligsiden.

Indeed, Boligsiden only started compiling its figures in 2010, so this is pretty much a historic low.

Significant increase in green exports
Exports of Danish energy technology grew significantly in 2019 – by 13.5 percent compared with the previous year. Total exports of energy technology and services amounted to 122.6 billion kroner – with renewable energy tech accounting for 72 percent. With 55 percent of the total, wind turbine technology was the key driver of growth – a 61 percent increase since 2010. Today it accounts for 13.5 percent of all Danish exported goods. Fellow European countries receive the biggest share of Danish energy tech exports, accounting for 60.5 percent, though there has been greater demand from the US and China in recent years.

Deforestation on Danish Crown’s conscience
Danish Crown concedes that it must bear some responsibility for deforestation and forest fires in South America as a result of its purchase of soya, according to a new report by Verdens Skove in collaboration with other environmental groups. Some 1.7 million tonnes of soya, primarily from South America, is imported into Denmark each year – about 53 percent of which is used for pig feed. Tropical forests are often cleared in large swaths to make room for soys to grow in the nutrient-rich soil. As one of Europe’s largest pork producers, Danish Crown purchases a large share of the imports and has been accused of turning a blind eye to the destructive practices of its soya suppliers and not pressuring them towards more sustainable methods.

SAS lands huge credit agreement with Danish and Swedish governments
SAS has reached an agreement with the Danish and Swedish governments akibg with four Nordic banks – Danske Bank, Nordea, SEB, and Swedbank – to secure 3.3 billion Swedish kroner (2.3 billion kroner) in guaranteed credit. The debt package was approved by the European Commission and comes amid the Coronavirus Crisis, which has left airlines in dire need of liquidity on their long road to recovery. SAS CFO Torbjørn Wist reveals that SAS will focus on reducing costs and continue to seek additional support from the two Scandinavian governments.

Vestas takes a hit
Vestas had the wind at its back as strong global demand for wind energy carried it into the first quarter of 2020 with a total order book at a record high level. But while sales rose by 29 percent from the previous year to 2.2 billion euros for the first quarter of 2020, its bottom line revealed a quarterly loss for the first time since 2013. Vestas blamed the 54 million euro loss on increased logistics costs and supply chain bottlenecks made worse by the Coronavirus Crisis.

Jyske Bank almost a billion kroner short
The coronavirus outbreak has resulted in increased write-downs for the Danish banks, and as things stand Jyske Bank is facing a shortage of 780 million kroner for the first quarter of 2020 compared to a surplus of 610 million kroner following the same period last year. Based on its experience of the 2008 Financial Crisis, the bank’s loan losses are not expected to be repaid. As such, the bank is planning to keep costs low, which is bad news for its 3,500 full-time employees, as redundancies are likely according to BT.

Jewellery company confirms loss with worse to come
Given that the Danish jewellery company Pandora has had to close 90 percent of its 2,746 concept stores, it’s no suprise to learn that the Coronavirus Crisis hit its first quarter results, with far worse expected to follow. For the first three months of 2020 it generated a loss of 24 million kroner – down from a post-tax profit of 800 million kroner in the same period in 2019. As such, it has secured loan options for 3 billion kroner from several banks and a loan guarantee from the Growth Fund. At the same time, the company intends to sell 8 million kroner’s worth of its own shares, according to Finans.