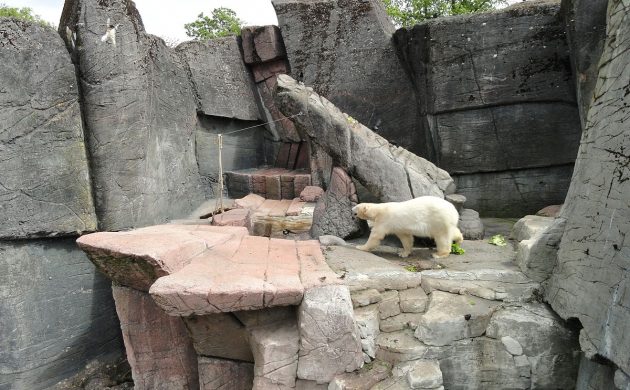 Jumping the gun
Hekkerup was concerned to note that several businesses, including Copenhagen Zoo and the Aros Art Museum in Aarhus, were last week quick to promise they were reopening, despite no official confirmation from the authorities.

Neither zoos nor museums are permitted to open until June 8, despite initial reports suggesting they might be able to open earlier.

Two becomes one: social distancing recommendation cut in half
The distance people in Denmark should keep in public spaces from now on has been reduced from two metres to one metre, according to new recommendations released by the national health authority. This means that more children can be fitted into schools and daycare institutions. However, the two-metre guideline still applies in situations where there may be an increased risk, such as visits to care centres, hospitals, or anywhere else there may be infected people. The two-metre limit will also be maintained in confined spaces where there is limited movement and poor ventilation, such as a basement, or activities involving heavy exhalation, such as singing, shouting, lecturing, acting and physical exertion.

Travel recommendations extended
In light of the government’s efforts to control the infection rate of the coronavirus, the Foreign Ministry’s travel guide, which discourages unnecessary travel to all countries, is extended until May 31. The travel guide was published two months ago on March 13. The foreign minister, Jeppe Kofod, has urged people in Denmark to not make overseas summer holiday plans.

Gatherings: Is it nine or ten?
There would appear to be some confusion over what the limit on gatherings is. Over the weekend, ten young people in Haderslev were fined for gathering in a parking lot – suggesting that nine is actually the limit, and that under ten means under 9.01. However, a further 14 people had no such arguments when they were fined for playing football (five substitutes, your honour!) in Vejle, reports TV2. Elsewhere in Ribe and Aabenraa, two restaurant owners were fined for allowing their customers to eat takeaway outside their premises. The 26 fines amounted to 80,000 kroner.

Nightlife and universities still on hold
The 2019-20 university academic year is officially over. Students will now have to wait until at least early August to return, when phase 4 of the reopening is expected to commence, Parliament has agreed. The MPs have also ruled against nightlife venues and indoor sports and leisure facilities, such as gyms, swimming pools, water parks and playgrounds, opening until phase 4.

Blue Planet fears bankruptcy
Following the news that it won’t be opening for another eight weeks at the earliest, the Blue Planet has come clean regarding its financial situation, confirming fears that it might go bankrupt. Should it remain closed, it will find itself in debt to the tune of 25-30 million kroner by September, and it has accordingly initiated a fundraising process to cover the costs of the salaries of its 20 employees, along with food and medical treatment for its 20,000 inhabitants, which represent 450 different species. Many of them are likely to die should it not open sooner. Most of the world’s aquariums find themselves in a similarly precarious situation. And even if they did accept some of the specimens, the journey could kill them.