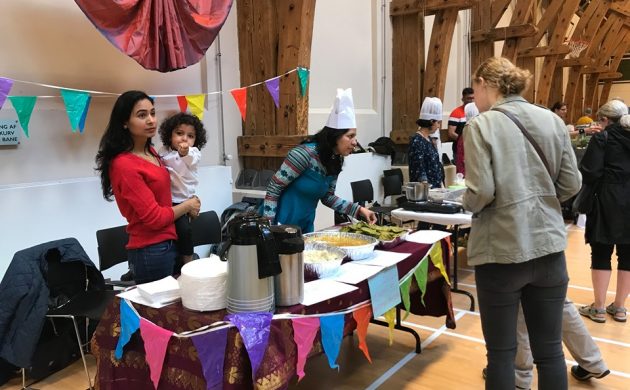 Of the thousands of internationals arriving in Denmark every year, most are primarily coming to work and study. But it hasn’t always been that way, and it’s fair to say they are changing the nature of immigration to the country drastically.

A tenth of society’s taxes
Such is the magnitude today that every tenth person receiving a salary in Denmark was born outside of Denmark and is still not a Danish citizen.
Most of the new arrivals come from eastern European countries such as Poland and Romania, according to Danmarks Statistik (DS), an organisation that keeps track of demographic changes in the country.

DS systematically and scientifically collects data, and as every salaried person is taxed, a record is maintained of how much Danish society stands to gain from this new form of immigration to the country.

Changing face of migration
Until exactly 20 years ago, new arrivals who entered Denmark as a result of marriage and family reunification accounted for almost half of the people entering the country for permanent settlement. Now the very same group constitutes a meagre fifth of the population of immigrants entering Denmark.

In other words, the last two decades have seen a totally different pattern of immigration to Denmark. This is a result of intensive political debate regarding refugees and migrants, which started in the 1990s and has increasingly influenced the constellation of Parliament and governments since the turn of the century.

Leaving an indelible mark
The primary source of immigration to Denmark still remains from European countries such as Poland, Romania, Germany, Spain and the UK, but the residue of political debate still centres around non-Western immigrants, who still supposedly cost the Danish state 30 billion kroner a year.

It is indisputable that the new immigrants, especially in the last two decades, have contributed substantially to the economic growth of the country. But now they are slowly and gradually also creating an interesting sub-culture, which supplements modern Danish fads and trends.

Among the new arrivals of highly-educated professionals are Indian IT experts, who are bringing with them their vegetarian food habits, which fit perfectly well into the modern trend of eating environmentally-friendly food.

For example, the Indian Regional Vegetarian Food Festival, organised by Indians in Østerbro, has attracted thousands in Copenhagen to learn about a new food concept that has remained peripheral for a long time.

Frank Jensen, the mayor of Copenhagen, wants his city to be CO2-neutral by 2025. It seems that new immigrants are merging well into this dream of eating and living in an eco-friendly way.