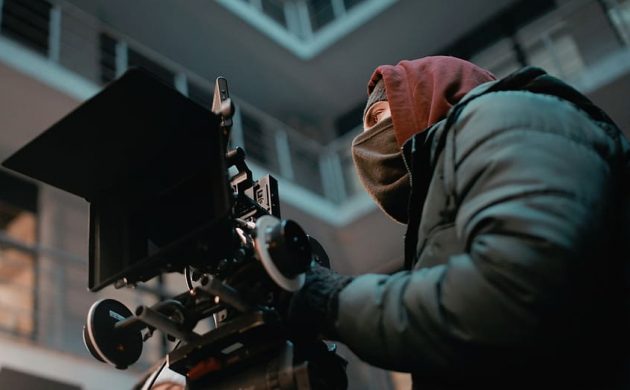 During the Coronavirus Crisis you have probably watched more television and movies than you would care to mention, or even thought yourself capable of, if your self-quarantine has been anything like mine.

Television sales and subscriptions to streaming services like Netflix are through the roof while demand for content has arguably never been higher. But what is happening on the production side of video content amid the Coronavirus Crisis?

No action for 90 percent
“Except for some documentaries and some smaller talent productions, no-one is shooting in Denmark,” Claus Ladegaard, the CEO of the Danish Film Institute (DFI), told Screen Daily recently.

Jørgen Ramskov, the head of the Danish Producers Association, echoed this when he remarked that “90-95 percent of all production is on hold”.

The ban on gatherings of 10 or more people, he says, is “obviously making it quite impossible to produce film and TV outside the studio”.

Ramskov and many others in the industry hope the 10-people ban will be relaxed as part of the forthcoming reopening phases instituted by the Danish government, and that projects in coronavirus purgatory will be greenlit again.

For the time being, the Danish Producers Association and union groups are in negotiations with the government and health authorities on how to go about resuming production and determining what safety guidelines should be followed.

Costs of start-stopping
Four feature films and two drama series saw their shoots grind to a halt as Denmark went into lockdown, according to Claus Ladegaard – most probably along with countless smaller projects. The DFI estimates it costs around 3-4 million kroner to stop and start a major film production.

“There are still wages and subcontractors to be paid. You have to start production again with a pre-production, and you may need to find a new location,” he told DR.

Not only are there untold numbers in the industry who are suddenly out of work, but many producers have slipped through the cracks in receiving financial relief from the coronavirus aid packages implemented by the government.

“When the movie goes down, you can’t show any fixed expenses or last year’s revenue. It’s a project economy that looks completely different and doesn’t fit in with the aid packages – which is why film producers are in a situation where they are not actually covered.”

Ladegaard believes that if no action is taken to address this, that there will be severe consequences for the Danish film industry, and that it will mean less films being produced going forward.

Taking control
M2 Film, a commercial producer based in Aarhus and Copenhagen, has developed its own health and safety guidelines for live-action shoots that comply with Danish government directives on social distancing and proper hygiene. This has allowed the company to continue production more or less uninterrupted.

Its strategy includes the implementation of on-set sterilisation, remote producing and directing, casting talent using mobile devices, the end of the on-set snack bowl, and the introduction of a brand-new role, the ‘infection control manager’ (ICM). The ICM is tasked with performing inspections of workstations, carrying out onsite risk analyses, and overseeing contagion protection plans.

There are also creative restrictions that directors and producers will have to grapple with. For example, we could be seeing fewer scenes in cramped nightclubs, fewer castings of at-risk demographics for acting roles, and more computer-generated crowds of people when the screenplay calls for them.

Learning to adapt
Ultimately the entire operation will have to be pared down. “Like everyone else, we are just trying to get back on the horse slowly and maintain the new social norms of distancing etc – and now we are planning to break down our shoots into smaller production blocks,” David Noel Bourke, an independent film director, who is the owner of Last Exit Productions based in Copenhagen, told CPH POST.

Getting the product out to a viewing audience has also proved challenging for some directors. CPH:DOX, the international film festival in Copenhagen described as one of the biggest documentary festivals in the world, was forced to cancel in early March. However, the organisers managed to quickly retool and launch digital versions of their conferences, meetings and workshops while making available most of their documentaries online until the end of April (see page 24).

“Filmmaking was a tough industry before, but it’s an even tougher one now. Cinemas and film festivals were hit very hard. A lot of those tried to stream online, but it’s not the same experience,” contended Bourke.

“We need to roll with it and keep our projects tight while obeying the new rules – which are so important – to keep this virus at bay. It’s hard times, but then again there are many exciting windows of opportunities to look forward to!”