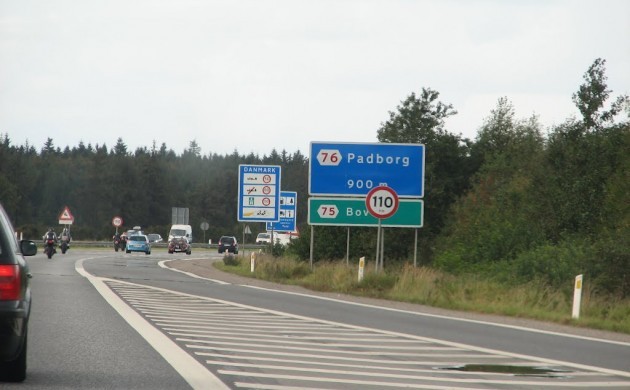 PM Mette Frederiksen has admitted in a televised debate that she is not vehemently opposed to reopening Denmark’s borders once again to everyone.

She was pressed on the subject by parliamentary party leaders who say she has been slow to act.

But for now she will remain cautious, although it is believed she will make an announcement concerning the borders before June 1.

Criticism growing
Currently, only those with ‘official business’ in Denmark are permitted entry, and  the tourism industry is suffering, claim her critics.

Criticism has also been voiced in Germany Horst Seehofer, the interior minister, who claims his country are simply waiting for Denmark to make a move.

Among the suggestions is opening up the borders to certain nationalities, but not others – for example Germans and Norwegians, but not Swedes.

Denmark extends Mali mission contribution
The Foreign Ministry has decided to extend its contribution of Danish transport aircraft and personnel to the UN mission in Mali until mid-July 2020. The announcement comes in light of a decision by UN Secretary-General Antonio Guterres to suspend its UN missions provisionally until June 30 due to the Coronavirus Crisis. The foreign and defense ministers state that the move emphasises Denmark’s solidarity and commitment to the UN, Mali and international partners in the Sahel region against terrorism and crime in Mali.

Denmark offers extra contribution to protect EU outer borders
The Danish government is contributing additional equipment to Frontex, the EU Border and Coast Guard Agency, to support the migration situation in Greece. This will complement its previous commitment for 2020 of patrol boats, personnel and surveillance aircraft – among other assets. The new contribution includes a vehicle with thermal surveillance equipment and a helicopter for a duration of three months.

Alleged spy network in Denmark reportedly linked to Dutch terror case
Roskilde Court on May 15 ruled that three jailed members of the Arab political group Arab Struggle Movement for the Liberation of Ahvaz (ASMLA), who stand accused of espionage on behalf of Saudi Arabia, will remain in custody until June 11. Court documents in the Netherlands allegedly reveal that two of the prisoners are co-conspirators in a separate case against a 40-year-old man from the Netherlands – charges that the pair’s lawyers deny they are aware of. The 40-year old man is suspected of plotting attacks against police offices, banks, and members of Iran’s Revolutionary Guard between 2017 and 2020. Earlier this week, several MEPS called for the trio’s release.

PM Mette Frederiksen in talks with PM Modi of India
PM Mette Frederiksen and PM Narendra Modi of India spoke by telephone on May 15 to discuss the Coronavirus Crisis and the possibility of building a strategic green partnership between Denmark and India. In addition, they hope to increase overall health co-operation between the two countries. Frederiksen noted that ensuring green growth and green jobs after the Coronvirus Crisis dissipates will be a priority for both countries.