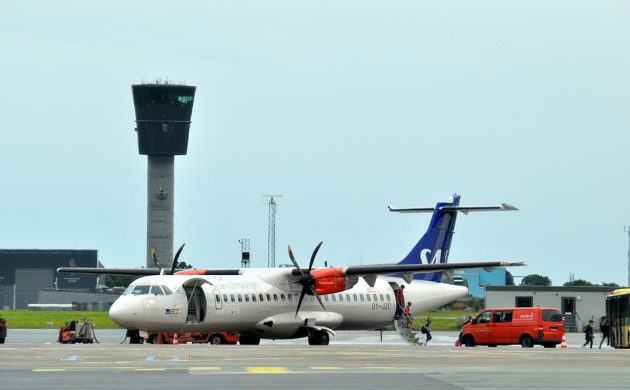 SAS needs more than 9 billion kroner to recover from the pandemic (photo: pixabay)
June 17th, 2020 10:32 am| by Daria Shamonova

The government has agreed to provide financial support to SAS, but the funding must be offset by a larger share in the capital structure of the airline, TV2 reports.

The reduced travel activity due to the coronavirus has significantly affected SAS and forced the company to fire 5,000 employees.

Already in March, both Denmark and Sweden promised to help SAS financially, and later on it was estimated that the airline would need approximately 9 billion kroner to overcome the consequences of the COVID-19 crisis.

“This amount tells us that SAS is on the verge of bankruptcy unless the two states help,” Sydbank’s head of stock analysis, aviation expert Jacob Pedersen, told TV2.

“The company has stopped making money since the planes have been parked on the ground and a profit has been gone. Without this help, SAS no longer exists. It is a company in a life crisis.”

Denmark has some conditions
The Swedish government has already proposed to the country’s parliament to support SAS with the equivalent of 3.5 billion Danish kroner.

In Denmark, the Ministry of Finance has announced that all the parties in Parliament have agreed to provide SAS with the needed money.

However, the Danish government has also imposed some conditions. According to TV2, the parties have thus decided that the state’s investments in the airline must be compensated with a fair share in the company’s ownership structure.

Yet, in the long term, the government’s interest will be brought back as soon as the right market conditions are in place again.

Genmab and AbbVie to start an oncology collaboration
Genmab and AbbVie have announced a broad collaboration regarding the development and commercialisation of three of Genmab’s bispecific antibody products, which are aimed to treat cancer. Companies are also willing to collaborate on the development of additional differentiated antibody therapeutics for cancer. An upfront payment of 750 million US dollars will be paid by AbbVie to Genmab, while milestone payments worth 3.15 billion US dollars are also expected if the collaboration yields fruitful results. The overall pre-tax profits will be shared equally between the companies.

Tivoli’s estimated deficit has reached 100 million Danish kroner
After almost two months of having been shut down due to the coronavirus-related restrictions, Tivoli faces a loss of up to 100 million kroner, KobenhavnLIV reports. The shortfall will most likely lead to the themepark releasing 20 percent of its employees – around 440 positions. Tivoli has also cancelled a number of planned investments and put some others on hold.

Copenhagen Airport to suffer a 90 percent traffic fall this summer
Regardless of the current border-opening processes, the Danish airline industry is still paralysed by the COVID-19 crisis. Compared to 2019, Copenhagen Airport expects an 85-95 percent traffic fall this summer. It means that instead of the usual 9 million summer travellers, the airport will only deal with around 1,3 million.