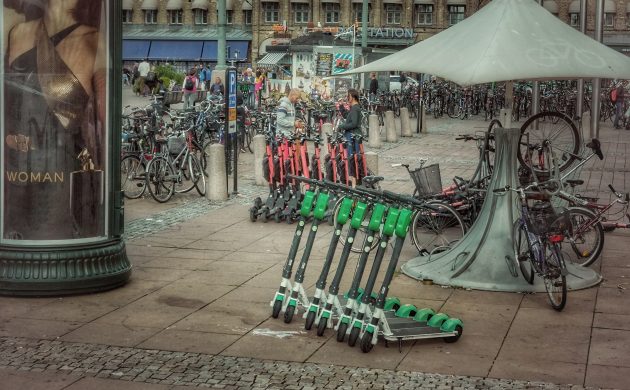 Electric scooters ended up on the seafloor of Copenhagen Harbour, among various items found in an annual clean-up (photo: Pixabay/ThomasWolter)
June 16th, 2020 9:52 am| by Ayee Macaraig

The items were among various finds in the annual clean-up over the course of two weeks. Divers also fished out 181 bicycles, a large advertising sign and 47 café chairs.

“It’s a bad thing to dump things in our harbour, whether it’s bikes or scooters. The owners have to take responsibility for their scooters when they rent them out,” the mayor of Copenhagen, Frank Jensen, told TV2, adding that many people enjoyed swimming there in the summer.

Voi, a company renting out hundreds of electric scooters in the capital, said it had established zones in the harbour so that scooters do not end up in the water. It also hired staff to fish them out.

“Batteries and scooters don’t belong in the water, and we will do everything we can to prevent this from happening,” said Eric André, the general manager of Voi.

How the sex toys ended up there remains a mystery.