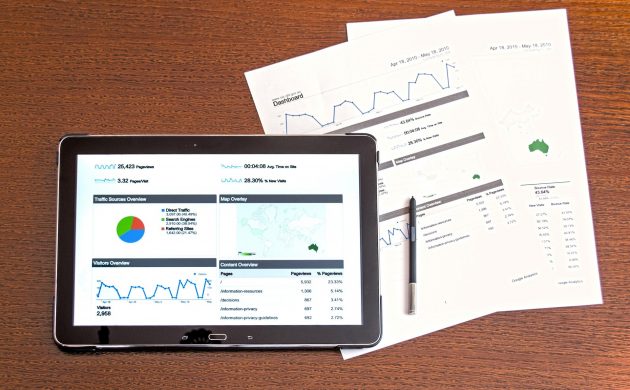 Female Invest has helped thousands of women to improve their investing skills (photo: pixabay)
June 18th, 2020 10:20 am| by Daria Shamonova

The creators of Female Invest were honoured for their successful management during the Coronavirus Crisis, as the expansion of the start-up’s digital platform has generated significant growth in terms of the number of its users.

Gender equality is a goal
A mission of Female Invest is to facilitate the establishment of gender equality as it helps women to become better at investing and managing their private finances through a series of video courses and coaching sessions.

One of the platform’s creators, Anna-Sophie Hartvigsen, explained to DI Business: “Financial equality gives financial freedom. It also allows you to make free choices in relation to your career, partner and many other things. Therefore, money is prerequisite to equality and freedom.”

Since 2017, the year when the company was founded, 25,000 women from 33 countries have attended the platform’s classes.

Denmark needs more female entrepreneurs
Anders Sparre, a chief consultant at Dansk Industri, has congratulated the team behind the platform and expressed the hope that Female Invest will pave the way for other female Danish entrepreneurs.

“The proportion of female entrepreneurs in Denmark has been declining in recent years,” he told DI Business.

“It’s truly a pity. There is great potential that society is risking a lot by missing out on. That’s why we need role models like Female Invest that can inspire others to take the entrepreneurial path.”

The most appealing engineer workplaces are revealed
Ingeniøren has published its annual ranking of Denmark’s most attractive workplaces for engineers and engineering students, and Novo Nordisk has been confirmed as the best. In total 111 large engineering companies were assessed, and Lego, Novozymes, Grundfos and DTU completed the top five. The ranking evaluates companies’ performance and employees’ acquaintance with the brands.

Car loan offer … providing they are electric
Although more people are buying electric cars, these purchases still constitute a very small number of all the sold vehicles in Denmark. Danish bank Merkur Andelskasse has therefore decided to stop offering loans for new petrol and diesel cars, TV2 reports. However, if one wants to buy a used petrol or diesel vehicle, it is still possible to take a loan to cover the expenses if the purchased car ranks highly on the sustainability list.

Ørsted’s top manager to leave his post by January
Henrik Poulsen has resigned as chief executive of Ørsted. He will leave his position no later than 31 January 2021. “I have concluded that this is the right time for me to step down and pursue new challenges,” he said. During his eight years in charge, he has overseen the company’s transformation from the fossil fuel conglomerate Dong Energy to the renewable energy giant Ørsted, and this has been reflected in the share price, which has risen from 255 kroner in 2016 to 752 kroner in 2020. However, Henrik Poulsen will not leave Ørsted completely as he has been nominated to join the company’s board of directors at the AGM in March 2021.

Debtors to return 72 billion Danish kroner
Since last summer, the Debt Collection Agency has been sending reminders to citizens and companies that in total owe 72 billion kroner to the public. So far, the agency has managed to retrieve 900 million kroner and made debt restructuring agreements with 24,000 debtors that will bring in a further 600 million kroner more. Lars Nordahl Lemvigh, the agency’s head, told DR it was a good start.

Grundfos to acquire Eurowater
According to WaterWorld, Grundfos has reached an agreement on acquiring Eurowater which will strengthen the company’s position within the water treatment business. The transaction will take place in the autumn of 2020 after Grundfos received all the necessary regulatory approvals.