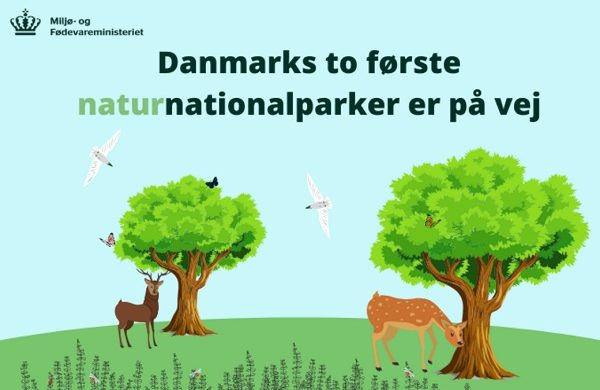 You’ve probably heard of Yellowstone, Kruger, Patagonia and Kakadu – national parks that offer some of the most spectacular views and diverse wildlife in the world.

Well, Denmark is looking to have a go as well following the government’s decision to establish the country’s first two national parks.

As part of a 105 million kroner agreement aiming to enhance nature and biodiversity in Denmark, the government will set up national parks in Fussingø near Randers and Gribskov in north Zealand.

“We are in the midst of a nature crisis, with plants and animals lacking space to live. We need more coherent nature areas, where wildlife can develop on its own accord,” said the environment minister, Lea Wermelin.

READ ALSO: Day of the jackal: nature in crisis

Stone reef funds
Upon completion, the two new national parks are expected to allow wild plants and animals to thrive in an area of about 1,900 hectares.

Additionally, 10 million kroner has been set aside for the creation of a stone reef in the sea and 35 million kroner is earmarked for five protected and particularly vulnerable Natura 2000 areas.

Price of culture has increased disproportionately
According to new figures from Danmarks Statistik, culture enthusiasts in Denmark have to dig deep in order to take in their favourite events. The figures showed that the price required to enjoy a number of popular cultural attractions has increased significantly compared to general prices in society over the past four years. The price of admission at museums has particularly shot up since 2016 by 42 percent – general consumer prices only went up 3 percent during that time – while cinemas (up 18 percent), theatres (14 percent), and festivals, zoos and aquariums (all 10 percent) have also turned into more expensive choices.

Danish summers to be more volatile in future
According to a new climate atlas developed by the national weather forecaster DMI, Denmark’s weather looks set to be more volatile in the future. DMI expects summers in the country to be drier if greenhouse emissions remain at current levels. Meanwhile, when it does rain, it will do so more intensely – more reminiscent of what southern European summer climates resemble.

Arrests nationwide in NemID swindle case
A nationwide police action has led to the arrests of 11 people in connection with a comprehensive NemID swindling case. All 11 individuals have been charged with data fraud in connection with using NemID and a key card. Those arrested are all men aged 16-30 and hail from Aarhus, Odense, west Zealand and the Copenhagen area. The fraud has taken place over a long period of time, according to the police. According to DR Nyheder, the police are working with the theory that the culprits installed keyloggers on computers in a number of public libraries in order to obtain victims’ user IDs and passwords.

Reconstructed Viking hall opens in Zealand
Denmark’s biggest Viking hall opened in Lejre this week following years of reconstruction work. Located in the Sagnlandet Lejre activity centre, the hall is built based on an archaeological find in 2009 that dates back over 1,000 years ago when the massive halls were among the most prestigious Viking works of construction. Queen Margrethe was present at the opening ceremony. Check out this link to get a virtual tour of the 61-metre long, 650 sqm hall.