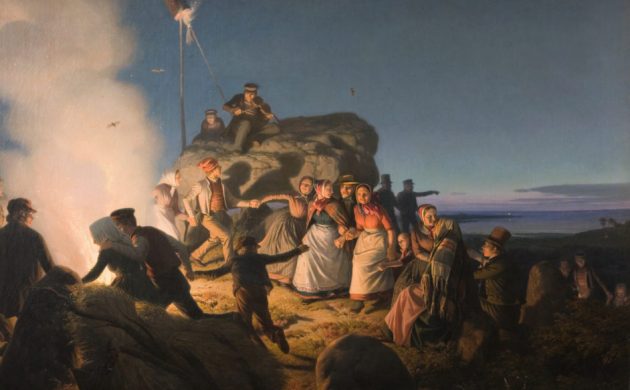 PM Mette Frederiksen has lauded the government’s efforts for containing the coronavirus pandemic, as well as employers and workers for weathering through the crisis by adjusting to change.

She has accordingly encouraged the people of Denmark to go out and spend money in order to get the economy running.

Venstre criticises “messy” reopening
Rebuking the government over its handling of the crisis, Venstre leader Jakob Ellemann-Jensen contended that the “reopening has been messy”.

“Denmark is in the midst of an economic crisis. We do not know how deep it gets, but the government has made it worse,” he added.

The aid package, said Ellemann-Jensen, was tough as it effectively requires Danes to pay three out of five weeks of their own holiday money, while travel restrictions, he despaired, have been needlessly amended “over and over” again.

Can’t argue with the figures, Jakob
Nevertheless, as the leader of the opposition, Ellemann-Jensen may feel he is obliged to criticise, but there will be little he can say in response to the news that 85 percent of Danes are satisfied with the way the government has handled the crisis.

In fact, Frederiksen and her government have the highest approval rating in the whole of the EU, according to the European Parliament survey.

COVID-19 infections recorded in two-thirds of Danish hospitals
Approximately two-thirds of the nation’s hospitals concede that coronavirus infections occurred on their premises due to poor hygiene or distancing. Some 19 out of 27 hospitals have experienced at least one case, according to a Jyllands-Posten survey. Professor Jørn Kolmos from the University of Southern Denmark expressed concern at the trend.

Infected dog is Denmark’s first confirmed case of a pet with coronavirus
The Veterinary and Food Administration on Saturday diagnosed the first case of a Danish dog infected with COVID-19, confirms the Ministry of Environment and Food. The infected animal lives at a farm in northern Jutland where some other animals have also reportedly been infected. The food minister, Mogens Jensen, revealed that the dog must be treated in accordance with COVID-19 recommendations, which means that close contact with other animals must be avoided. The case is the first involving a pet in the country.

Retesting positive again after recovering from coronavirus
Some 20 percent of a sample of 200 Danish-based former COVID-19 patients have tested positive. Martin Tolstrup, a professor specialising in infectious diseases at Aarhus University,  has voiced high concern over the high percentage. Similar results have been observed in the Faroe Islands and South Korea.

Despite cancellations, police still concerned about Skt Hans Aften crowds
Although all the public Skt Hans Aften bonfires and celebrations have been cancelled tonight, the police are still concerned that there will be gatherings of more than 50 people. Police spokesperson John Jensen rejects reports that 500 people can gather if they all sit down, asserting that it would be difficult for organisers to manage the situation.