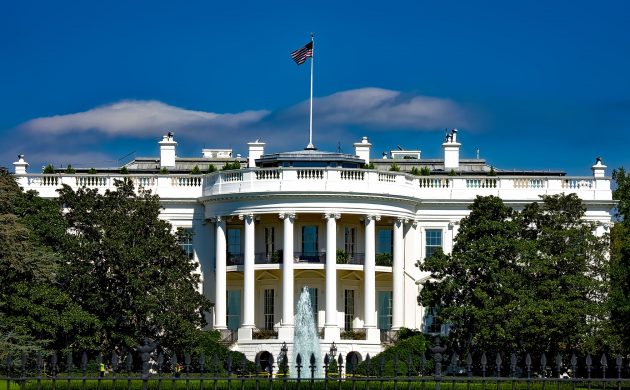 US President Donald Trump has extended an halt on immigration to include new visa types that are widely used by many international tech companies and researchers, reports Berlingske.

Louis Funder from Dansk Industri, who was quoted as an expert on the US by Berlingske, believes that many Danish companies will be affected by this decision – especially the ones that work in the US under the so-called H-1B visa types, which are broadly used in the tech industry.

Funder does not believe that these measures will help many Americans get back to work as the foreigners who work in the United States can hardly be replaced by Americans due to the language barrier or the lack of required skills.

Not a positive sign for the rest of the world
The other visa types that have been temporally paused are some categories of J-visas, including au pair, summer work travel and interns, and L-visas for managers and executives.

Funder is concerned about the signals that the US is sending to the rest of the world.

“It is sad when the world’s largest economy is closing in on itself, and it will also affect employment opportunities of Danes,” he said.

EU’s leading digital tech countries sign declaration about AI
The minister for industry, business and financial affairs, Simon Kollerup, has hosted a meeting of the EU’s leading countries in digital technology, the so-called D9. During the meeting, the countries agreed to sign a declaration about the responsible usage of artificial intelligence. Kollerup claims the COVID-19 crisis has put AI technologies in the spotlight as they have helped researchers to do their job more efficiently. However, AI has to be used “in a responsible manner so that we, as consumers, can trust that their data are not misused”, he added.

May set a record in housing sales
The number of houses sold in May would appear to be the highest for a single month in 10 years, DR reports. A total of 8,682 houses were sold – a 15 percent jump on the same month last year. In particular, the demand for summerhouses has significantly boosted sales. Mira Lie Nielsen, the housing economist at Nykredit, told DR that the increase could be attributed to the savings that people had made during the lockdown and that, therefore, fewer housing transactions should be expected in the future.

Test devised to spot COVID-19 antibodies in a matter of minutes
A Danish company has developed a COVID-19 antibody test that provides lab-grade accuracy within a couple of minutes. BluSense Diagnostics has devised a COVID-19 serology test that enables automated on-the-spot sample processing, whereas usually the blood sample has to be sent to a laboratory. It helps to shorten the testing time from hours and even days to minutes.

More than 200,000 employees have asked for salary compensation
According to Danmarks Statistik, 222,100 employee jobs were supported by the pay compensation scheme in April, which equates to 11 percent of all jobs. A significant proportion of the employees are located in urban areas.