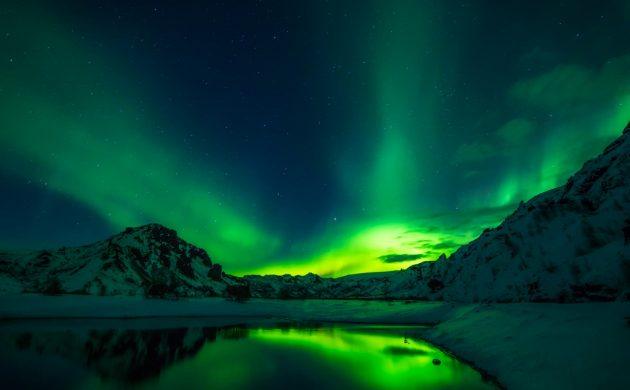 The natural phenomenon known as the ‘Midnight Sun’ is often depicted in film as driving people into delirium.

It has set the stage for psychological thrillers and horror movies such as last year’s ‘Midsommar’ and the Norwegian film ‘Insomnia’ starring Stellan Skarsgård and its US remake in which he was replaced by Al Pacino.

Pack a mask!
The Midnight Sun in the northern hemisphere refers to the consecutive 24-hour periods of sunlight that shine north of the Arctic Circle due to the tilt of the Earth’s axis, though the effect of a midnight sun can be felt well south of that latitude.

If you wish to experience the magnificent and mesmerising qualities of the Midnight Sun in the following locales, be sure to pack a sleeping mask and to book yourself into accommodation equipped with effective blinds!

Svalbard Islands
If you can brave visiting the northernmost year-round settlement on Earth on an island archipelago so far-flung that it is rumoured polar bears outnumber humans, then look no further than Svalbard. On this Norwegian group of islands, the Midnight Sun doesn’t set for an astonishing four months between April 20 and August 22. The archipelago is positioned between the North Pole and Norway’s northern tip and can be reached by either flying into the town of Longyearbyen or via an Arctic expedition cruise. Aside from polar bears, adventurers can find Arctic foxes, reindeer, walrus, seals and whales – even the occasional great blue whale in its fjords. Kayaking, glacier hikes, fossil-hunting, dog sledging and sea excursions are all popular activities on this wild Arctic outpost.

Hammerfest, Norway
If you feel more comfortable sticking to continental Europe, go and visit one of the oldest towns in northern Norway, which is located in Hammerfest, a region they called ‘The Land of the Midnight Sun’. Hammerfest enjoys 76 days of around-the-clock Midnight Sun from May until the end of July, so you can set out on ‘night-time’ sightseeing cruises from its ice-free port. Cycling and kayaking are popular activities here and there is also a 4.5 km zigzag hike to the top of close-by Mount Salen, where you can take in spectacular panoramic views of the landscape and of Hammerfest. Within striking distance of  Hammerfest is the world’s most northerly golf course in Repparfjord where you are welcome to do the back nine at 9 pm at the all-hours course through the months of July and August.

Swedish Lapland
The northernmost province of Sweden, Lapland, is better known for its winter offerings and views of aurora borealis, though its midnight summer season from late May to mid-July is not to be missed either. Swedish Lapland is often referred to as ‘the last wilderness of Europe’ thanks to its vast, sparsely populated landscapes, ancient forests, and wildlife. You might have missed last month’s Kiruna Festival, but there will still be plenty of midnight sun-related partying. Otherwise, go hiking, white-water rafting or on a moose safari. And don’t forget its world famous ‘Icehotel’, which is now open year-round.

Finnish Lapland
Finnish Lapland, which offers 70 consecutive days of Midnight Sun, gives its Swedish counterpart a run for its money in the partying stake. You might have missed the Finnish midsummer celebration of ‘Juhannus’ – where cookouts, alcoholic beverages and bonfires come in abundance – but you can still encounter merriment by waking up Father Christmas in his official hometown of  Rovaniemi, which is known to host all-night sporting events, markets and parties.

Reykjavik, Iceland
Though a few degrees latitude below the Arctic Circle, the Icelandic capital offers plenty of nighttime daylight and events, such as the Secret Solstice Festival and Midnight Sun Run, whilst affording you extra time to take in the island’s spectacular landscapes, geothermal pools and coastal excursions. The three-hour period between sunset and sunrise (from midnight to 3 am) is known locally as ‘civil twilight’.

Faroe Islands
The effects of the Midnight Sun can still be felt on the Faroe Islands, where the evening light is said to give the islands’ stunning natural features a dream-like hue. Take in the picturesque towns, rugged landscapes, coastlines, and pristine lakes and waterfalls, and make sure you toast the Midnight Sun at the idyllic lighthouse on the southernmost point of the island of Nólsoy.