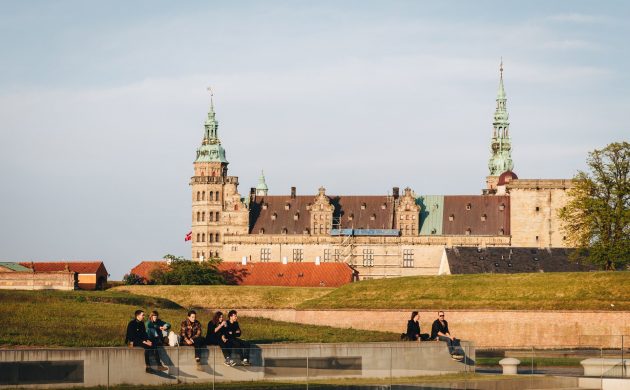 Just a hop, skip and a jump from the Greater Copenhagen area, north Zealand has much to offer anyone looking to venture out of the city for a day or two, or find an idyllic holiday spot.

The region has been a favourite escape for Danish royalty for generations and is still frequented by the queen of Denmark today – and for good reason.

Beyond the Riviera
While it is perhaps best known for its stunning coastline, the ‘Danish Riviera’, there are also fantastic sites of historical significance, as well as prominent art collections.

Catering to both the thrill-seeking and those in need of relaxation, there’s more than enough to satisfy tourists of all tastes and stripes.

Daisy’s deluxe den
North Zealand is a popular place for posh vacation homes, and there are arguably none grander than the historic Fredensborg Palace, where Queen Margrethe typically resides in the spring and autumn. ‘The Palace of Peace’ often plays host to foreign dignitaries and important royal events. In July and the first week of August, visitors can take a guided tour to visit parts of the palace, while its magnificent surrounding gardens are open year-round to the public.

Denmark’s Versailles
One of Denmark’s most impressive castles is Frederiksborg Castle in Hillerød – the largest Renaissance castle in Scandinavia. Its baroque palace gardens and grandeur have earned it the nickname ‘the Versailles of Denmark’. It was home to royal families for nearly 100 years after its completion in the 1600s. Frederiksborg is open every day throughout the year to visitors, with opening hours varying between winter-spring and summer-autumn.

Hamlet’s home
The imposing stronghold of Kronborg Castle in the city of Helsingør was immortalised as the setting for Shakespeare’s ‘Hamlet’. Overlooking its strategically important view since the 1420s, some 6.5 km to Sweden, it has been destroyed by fire, captured by the enemy and enjoyed several reincarnations. The castle and its grounds are open to tour year-round, and in the summer live performances of ‘Hamlet Live’ are held as well as the Shakespeare Festival.

Historic Helsingør
This historic city of Helsingør has been revamped over the years into a dynamic hub for festivals and performing arts as well as outstanding food at its shipyard Street Food Market and restaurant scene. For a look at Denmark’s seafaring past, head over to the National Maritime Museum in the old dry docks – an architectural wonder in and of itself. And then unwind at both indoor and outdoor spas .

In the harbour of Hundested
Slightly off the beaten path is the harbour town of Hundested. Located at the entrances to both Isefjord and Roskilde Fjord, it has a bustling waterfront featuring modern restaurants, breweries, art workshops and fantastic ice cream parlours. A popular site for wind and kite surfing, make sure you visit Liseleje Beach, which is considered one of Denmark’s finest. History buffs are well served by the scenic walk that takes in gorgeous views and the home of legendary polar explorer Knud Rasmussen.

Let loose at Louisiana
The Louisiana Museum of Modern Art at Humlebaek is very much deserving of being Denmark’s most visited museum. Elegantly built into the coastal landscape, it showcases the works of contemporary Danish and international artists with both permanent and rotating exhibitions. It is easy to spend a whole day simply wandering its expansive grounds whilst taking in the spectacular view of the Øresund – and that’s without factoring in its immersive, thought-provoking, mind-bending and bizarre modern art!