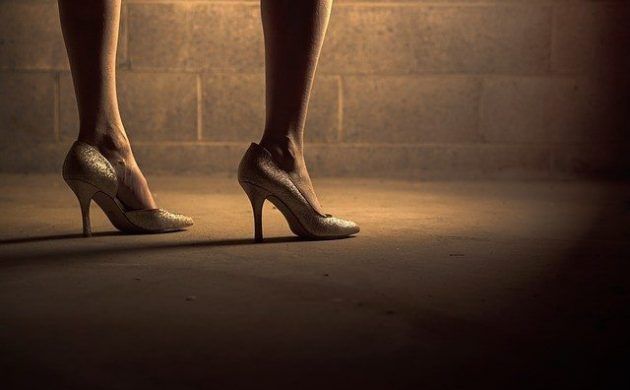 Change your perceptions: more likely this is a businesswoman (photo: Pixabay)
July 19th, 2020 5:00 am| by Jess Hearne

The term ‘sex worker’, ‘sexarbejder’ in Danish, is proving slow to take effect.

Despite organisations like the SIO advocating for a nationwide change in terminology, the words ‘prostitute’ and ‘prostitution’ are still widely used in the media, academic circles and social discourse.

Discussions of the topic with Danes show there exists personal awareness that ‘sex worker’ is the more politically correct term to use to some degree, but terms such as ‘luder’ (whore), ‘købekvinde’ (a woman to be purchased) and ‘at arbejde på flisen’ (working the pavement) seem to be more commonly used.

The media use ‘sex worker’ and ‘prostitute’ interchangeably, but there is a noticeable difference in their application: ‘sex worker’ is more commonly adopted by organisations who lobby for sex worker rights, whereas ‘prostitute’ is used by those advocating for some degree of criminalisation or by those who see sex workers as persons in need of saving.

In addition, the common perception of sex workers in the media is that they are largely victims of their own circumstances; little attention is paid to the call amongst sex workers for fairer treatment in terms of government policies, and even less attention is given to those sex workers who do not identify as cis-gender women.

Terms that cloud the truth
Up until a year ago, I still used the word ‘prostitute’ myself. I saw no harm in it – it was simply a term used for persons who sold sex for a living. I paid little heed to how it could be perceived as insulting or derogatory, nor did I think that those labelled as prostitutes may have a problem with it.

However, a chance encounter with a popular podcast introduced me to the term ‘sex worker’, and the fact that the language we use surrounding the entire sex industry is in dire need of reform.

I was also guilty of the tendency to view sex workers as female victims, and clients as strange, deviant men who used sex workers as a means to satisfy immoral desires that could only be met in the shadowy fringes of society.

However, through education I learned that this is not necessarily the case: victims and deviants exist, but so do sex workers who enter the profession by choice, and clients who are not ‘bad people’. Overall, the issue seems to be that those involved in the sex work industry are subjected to blanket labels that do not reflect the cases of each individual within.

More individualistic
Many sex workers and their allies feel the term ‘prostitute’ has profoundly negative connotations.

The use denotes a whole host of negative imagery: a criminal with loose morals, a victim of their own desperation, a ‘stain’ on the face of society. Essentially, the label of a ‘prostitute’ defines the person by their work, rather than acknowledging the means by which they earn a living.

‘Sex worker’, however, denotes a profession rather than a social status: it is more inclusive, more neutral and holds potential for empowerment.

‘Prostitute’ is a polymorphic term that does not simply mean a person that sells sex, but calls into question the person’s integrity, health and social status. Its use allows the individual to be defined by their circumstances, rather than seeing their line of work as only one area of a much fuller life.

Referring to persons who sell sex as ‘sex workers’ rather than ‘prostitutes’ is a vital step in reducing their marginalisation from society. ‘Sex work’ and ‘sex worker’ mark the person as an individual – one who may not necessarily be trafficked or coerced, but who may be a consenting adult who is working in the industry by their own agency.

Ultimately, the term ‘sex worker’ allows the individual to emerge from the stigmatic blanket applied to their profession, and affords them the opportunity to shape their own identity.

Not just women
There also exists the doxa that all sex workers are women. In Sweden, for example, we see the legislation surrounding sex work drenched in the ideology of sex workers being female victims of male violence.

Similar attitudes are also present in Denmark; activists such as Anne-Grethe Bjarup Riis and Dorit Otzen have spent many years campaigning for their government to adopt the same policies as their Swedish counterparts, and such attitudes have been backed by a number of powerful organisations – namely Reden and Initiativ of 8th Marts.

Not only do such policies apply the victim paradigm to all sex workers, but they also mean that entire portions of the sector are ignored: namely, male sex workers and those who are members of the LGBT community.

Whilst a significant proportion of the global sex work industry are indeed cis-gender women, to imply that they are the only members both curbs progression and serves to make an already-marginalised group of people feel ever more segregated from the societies in which they exist.

The ‘victim’ myth
The victim paradigm is an undoubtedly powerful one. It first came into play at the beginning of the 20th century, when the image of the sex worker as a threat to society was gradually replaced with that of the ‘wretched woman’ who had fallen on hard times.

As the years passed, this picture has evolved to someone who is homeless, has a drug addiction, is repeatedly subjected to violent crimes or perhaps is being forced to remain in the industry against their will.

In recent times, the issue of human trafficking has heightened the image of the sex worker as a victim, particularly in the case of migrant sex workers. Victims of the sex work industry exist – that is not something that I am denying nor will I ever deny. However, it is wrong to assume that every sex worker in existence is subject to such circumstances, because this simply isn’t true.

Tackling pack mentality
You may be asking why it is so important that we change the language we use surrounding the sex work industry.

To be blunt, the attitude “it doesn’t affect me, so why should I bother?” simply doesn’t fly anymore. It is no longer acceptable to use stigmatic and derogatory terms against those of different races, differing genders and persons with disabilities, so why should it be acceptable to prolong such use with regards to the sex work industry?

All the social unrest of the past decade – the fight for marriage equality, the #MeToo movement and Black Lives Matter, to name a few – are definitive of the most fundamental element of human nature: pack mentality.

Biologically, we are pack animals: for the pack to thrive, we must take care of each other, and that includes supporting the move to discard harmful language.

You may not understand it, you may not be affected by it, but it is of vital importance that we add our voices to those who are.

After all, a day may come when you desire a change – if you choose not to speak for others who came before, then who will you rely on to speak for you? 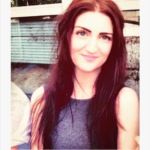 Jess Hearne is an Irish graduate who has lived in Denmark since 2018. She has recently completed a Master of Science in Comparative Public Policy and Welfare Studies, choosing to write her master’s thesis on the contrasting sex work policies in Denmark and Sweden